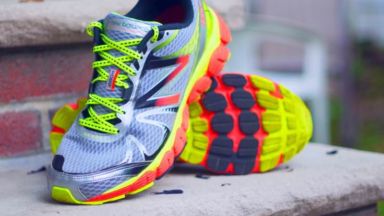 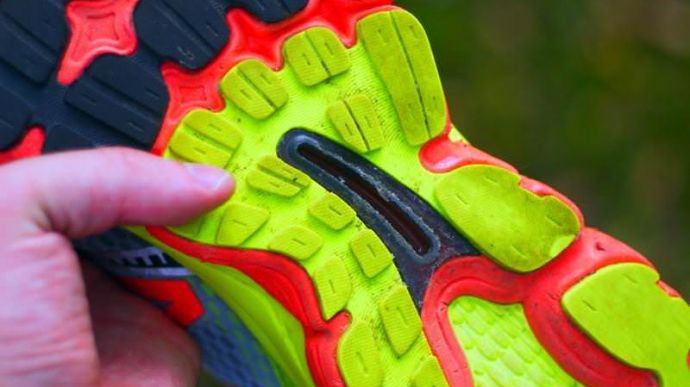 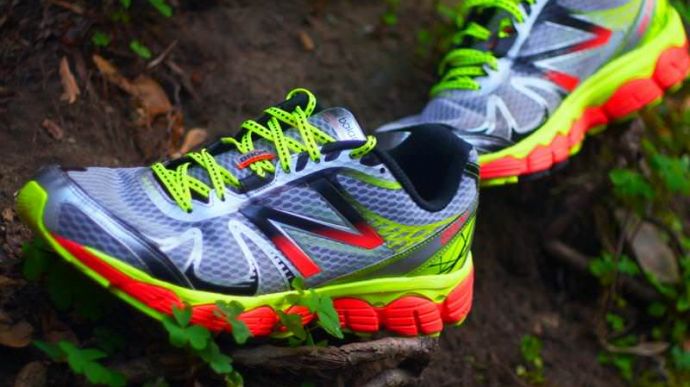 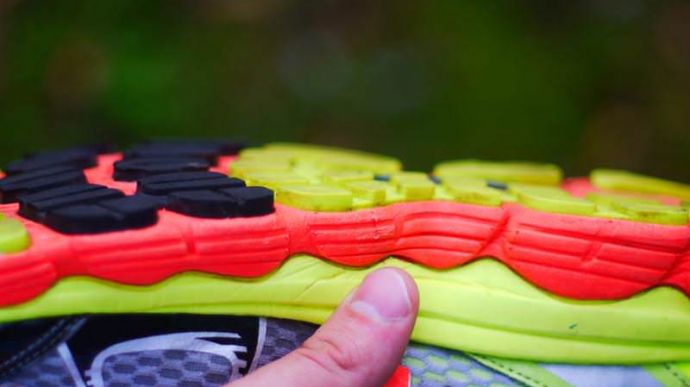 The 880v4 is a lightweight cushioning shoe with a 12mm heel to toe drop. This shoe performs well on both pavement and trails while providing substantial cushioning in a neutral package.
WHERE TO BUY
LOWEST PRICE
$114.99
SHOE INFO
New Balance
Brand
880v4
Model
Cushioning
Type
9.5 oz. (269 gr.)
Weight
114.99 US$
MSRP
880v3
Previous model
WHO IS IT FOR
This shoe is for you if you're a neutral runner looking to put in higher than average mileage and you want cushioning.
Help me choose

New Balance, one of the few American-made running shoe companies, upgraded their 880v3 into the 880v4.The 880 series of New Balance shoes are designed as a neutral cushioned shoe for training. Not too much has changed since the v3, but the most notable change is a slight weight reduction. Even though they enlarged the crash pad a bit on this version, it’s still lighter than the v3s.

I was shipped the grey-orange-and-neon-green color schemed shoe which looks a lot like a reentry vehicle to me. Flashy is in, and New Balance is taking note.

After putting these shoes on for the first time, I felt the toe bed pushing up a bit on the ball of my foot. This went away after a few miles of running, however. The color scheme on the other hand, remained.

The 880v4 features a blown rubber outsole. Sounds technical and impressive, let’s move on. Just kidding! Blown rubber is a softer type of rubber that is made by mixing in air with the rubber. You sacrifice durability, but gain a more cushioned ride. I ran pretty aggressively in these shoes through the city and found moderate wear across the outsole after a few runs.

My first run was in the rain across brick sidewalks, and these shoes had very good traction on that slippery surface. I really liked the sole of these shoes until a rock jammed itself into the gap in the plastic bridge. This was never a problem with the 880v3s since the plastic bridge had a shallow gap.

This is something I hope New Balance adjusts in later models since rocks jammed themselves into that bridge several times in 50 miles of running. The rest of the sole looks very similar to to the v3s where there are several non-continuous patches of rubber, designed to increase flexibility.

New Balance uses their Fantom Fit technology to provide a seamless upper. Although it is technically seamless, they sew on strips of stronger material for support and aesthetics around the edges of the shoe. I sometimes found my big toe rubbing from the inside against an outer strip.

This is not much of a problem, it just is not as much of a Fantom Fit feel when compared to the New Balance Minimus. The upper material is fairly breathable, with a light mesh outer and a thin, silkier inner lining.

One change between the v4 and the v3 is that the bottom of the tongue has a neoprene base, which makes adjusting the tongue a little bit easier. New Balance did a good job slipping that in because I did not even notice the change until dozens of miles into the shoes.

I did notice that heel was a bit loose, but I find that with most New Balance shoes and get used to it after a few miles. Another change compared to the v3 is that the v4 tongue is made of a less-stiff material. The v3 tongue was stiff enough to cause some ankle chaffing. Not anymore with the v4s, score!

If you’re looking for a reliable trainer with a slightly softer ride, you will be pleased with the 880v4s. Besides a weight reduction, not too much has changed compared to the 880v3s, so you may not see much of a reason to upgrade if you already love your v3s.

The 880v4 is a good example of a ‘no-frills’ approach to quality trainers.

We thank the nice people at New Balance for sending us a pair of 880v4 to test. This did not influence the outcome of the review, written after running more than 50 miles in them.