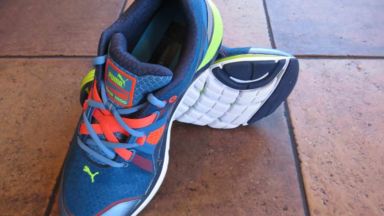 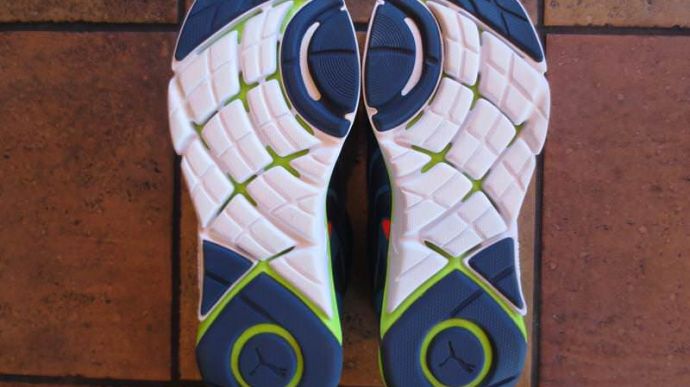 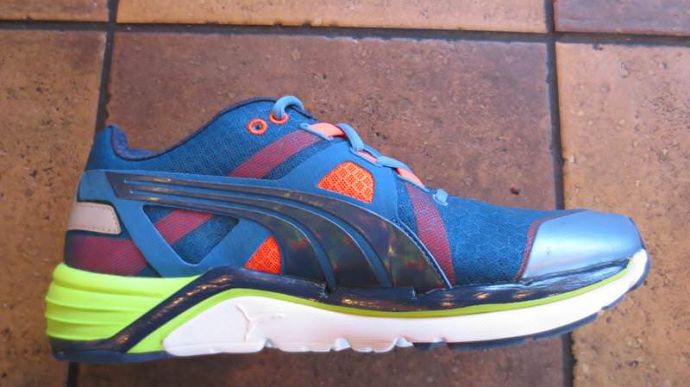 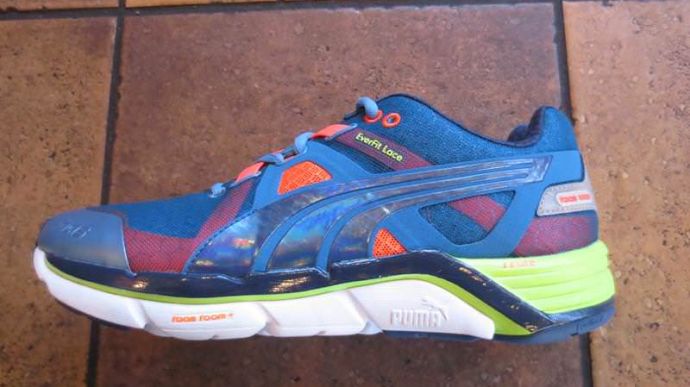 The Puma Faas 1000 is an everyday trainer that is built on maximum cushioning! The Faas 1000 provides a smooth, stable ride throughout the entire foot strike. The weakness of this shoe is aesthetic with the overall design, specifically, the unique EverFit® lacing system which was intended to provide a custom fit for each runner. The bulky lacing system is more of an eye-sore and did not seem to function as designed.
WHERE TO BUY
LOWEST PRICE
$130
SHOE INFO
Puma
Brand
Faas 1000
Model
Cushioning
Type
10.4 oz. (295 gr.)
Weight
130 US$
MSRP
WHO IS IT FOR
The shoe is designed with maximum cushioning for the neutral runner who is looking for an everyday trainer that is able to provide a stable ride for short or long runs.
Help me choose

The Puma Faas 1000 is the first version of this model and it catches your eye right from the moment you take it out of the box given the overall design, ample cushioning and unique lacing system. The Faas 1000 is Puma’s most cushioned shoe in their overall Faas line-up.

The Faas 1000 was designed for the everyday runner who is looking for a daily trainer which provides that little bit of extra cushioning. At first glance, the shoe looked bulky; however, I was pleasantly surprised with the lightweight nature of the shoe – the men’s weighting 10.4 oz. and women’s at 8.7 oz.

The first time I put the shoe on for the initial few runs, the fit was secure and I could definitely feel the plush ride from various FaasFoam cushioning integrated throughout sole of shoe.

The main weakness was the lacing system which was awkward and did not achieve the customized fit and ability to secure the midfoot as intended.

The Faas 1000 uses Puma’s unique FaasFoam throughout the sole unit of the shoe giving it the maximum cushioning within the Faas group. The design of the shoe and use of the various FaasFoam contributes to the light-weight nature of shoe as well as giving it a smooth ride throughout the entire foot strike.

The Faas 1000 is meant to compete with the Hoka One One and Altra Olympus style shoes but don’t mistake the added cushioning in the Puma’s as the extreme you find in other brands.

I never felt that the shoe sacrificed stability for cushioning which is important and the Faas 1000 has plenty of both in this first version. One noticeable feature of the outsole is the removal or “cut-out” from the foam which certainly reduces the weight of the shoe.

This unique tread design on the outsole lends itself to be strictly a road shoe as it tends to pick up some small rocks or gravel from time to time.

The Puma Faas 1000 upper provided a secure, stable fit. The first thing that stands out on the Faas 1000 is the new EverFit® lacing system integrated to provide a custom fit.

The lacing system was overdone and it did not add any value by allowing for a customized fit. The upper in the first version is not seamless but is designed with a combination of a breathable mesh as well as overlays.

The upper in the Faas 1000 does provide for an adequate, secure feel and does not take away from fit or ride of the shoe. Some small changes to the upper to make it less bulky, seamless would improve on a great foundation started in the Faas 1000.

The first version of the Puma Faas 1000 is a solid daily trainer that provides lots of cushioning and a stable, smooth ride. There is ample cushioning as the shoe promised as well an on overall comfortable fit.

The main drawback was the overall design of the unique lacing system that was intended to provide a customized fit but which did not provide the added benefits that runners are looking for.

Since this is the first edition of the Faas 1000, I am optimistic that the necessary enhancements and updates will be made to the overall entire aesthetics of the shoe as well as a re-design of the lacing system with the next upgrade.

After running in the shoe, it can be put into your rotation as a daily trainer but it is also built solidly enough for those looking to get higher mileage as well.

We thank the nice people at Puma for sending us a pair of Faas 1000 to test. This did not influence the outcome of the review, written after running more than 50 miles in them.