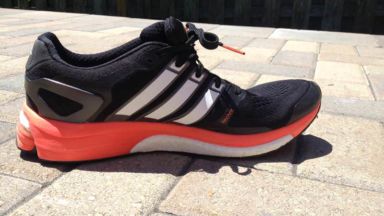 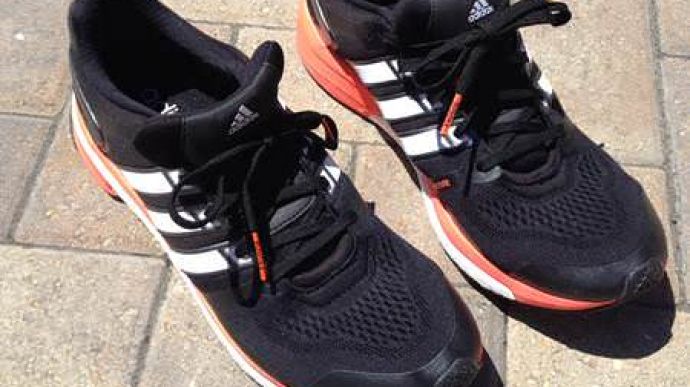 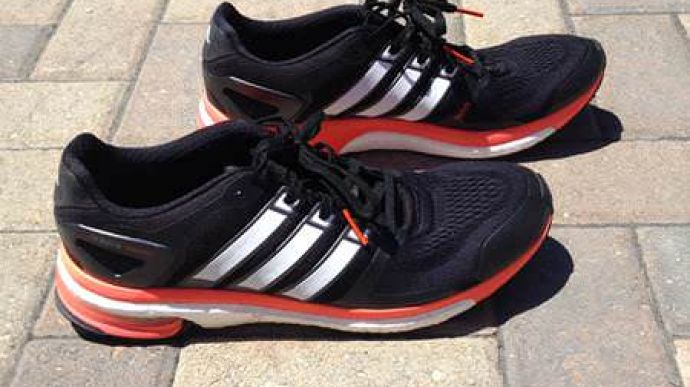 The Adistar Boost ESM brings Adidas top of line technology into a supportive shoe. So while it may be fairly (read, super) pricey compared to many similar shoes, it offers incredible comfort with boost foam thrown in to take the edge off of the otherwise hard supportive foam.
WHERE TO BUY
LOWEST PRICE
$63
SHOE INFO
Adidas
Brand
Adistar Boost ESM
Model
Stability
Type
10.7 oz. (303 gr.)
Weight
170 US$
MSRP
Adistar Boost
Previous model
WHO IS IT FOR
This is a top of the line shoe for a runner who needs extra support and is willing to spend the extra money in exchange for high-tech comfort features.
Help me choose

The Adistar Boost ESM can be seen as the flagship of the current Adidas lineup, alongside the Energy Boost ESM which is the similar neutral offering. As for the Adistar, the meticulous level of not only the thought which must have been put into designing this shoe, but also the quality with which it was put together is evident in every stride.

There wasn’t the slightest hint of a even a seam or piece of rubber being off by the slightest angle, and trust me I looked long and hard. I failed to find even so little as a spare strand of adhesive peeking out from under a hidden corner.

I am confident that the level of quality I have seen in these shoes’ construction could make them a worthwhile investment for many miles to come.

It is apparent from the first stride that this shoe is built strictly for heel striking. Once I finally gave up on trying to run as I normally would and began running in these how they where meant to be used all the features came together much better.

Upon initial strike a stiff heel and post guide the foot into the the mid-foot from where a push off can start taking place. Here the ride changes drastically, with a nice layer of boost foam to soften up the shoe during the mid-foot stage of the stride.

Moving on the the toe-off phase the boost foam disappears completely, leaving the shoe stiff for a more planted and efficient feeling toe-off.

Outsoles, alongside Boost Foam, have always been one Adidas’s greatest strengths, and this shoe is no exception. The rubber provides great grip in all road conditions, even working fairly well on crushed limestone paths compared to other road shoes.

Keeping in mind how soft and thin the rubber felt I was scared for the durability of these shoes, 50 miles in however, and one would be hard pressed to find any signs of wear whatsoever.

These are not only the only comfortable Adidas shoes I’ve ever worn, but probably a serious contender for the top 5 most comfortable uppers on any running shoe I’ve worn. As you may know from previous experiences, Adidas shoes tend to be incredibly narrow, especially on the lateral (outside) edge of the toe-box.

Narrow enough to make me think an intern dropped the lasts used to form Adidas uppers and their pinky-toe sections fell off. With the Adistar, however, the Tech fit upper stretches along with the shape of my foot, much as the upper on a Nike Flyknit shoe would.

Except the Tech-Fit upper feels softer and more like a traditional upper, making it better suited for comfort if not outright speed or weight.

That being said, while the Tech-fit upper acts as a very effective bandage to the narrow last used in Adidas toe-boxes, it is still noticeable the their is some just barely noticeable pressure from the upper having to stretch out to accommodate my toes.

The well padded upper also yields pressure points from laces in existent. All this upper, while comfortable, does end up contributing to a bulkier feeling shoe, however.

To be perfectly honest, I rather disliked this shoe. To elaborate, I generally run in lower drop, lighter, more flexible shoes. I don’t think I’ve ever used a shoe with a support post except upon having forgotten to bring by my own and being graciously lent a pair.

That didn’t mean I couldn’t notice how great they were. While they didn’t work well with my midfoot striking, merely slowing down and running heel-toe on occasion showed how well the show transitioned through that type of gait cycle.

Furthermore the plushness and sheer lack of imperfections shone through with every stride, however awkward they were for me. So, while these shoes clearly weren’t my style, they were so good even I found myself appreciating aspects of them in between mumbled cursing about all the support.

We thank the nice people at Adidas for sending us a pair of Adistar Boost ESM to test. This did not influence the outcome of the review, written after running more than 50 miles in them.

Visit ShopAmazon.com
Sorry - Product not found. Please try RunningWarehouse.Com to check in their assortment.
This page contains affiliate links. As an Amazon Associate I earn from qualifying purchases.
WHERE TO BUY
LOWEST PRICE
$63
AVAILABLE ON SALE:Previous model $63