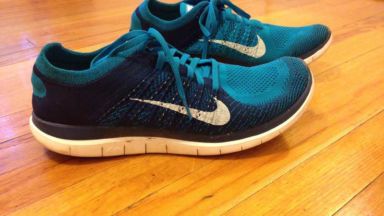 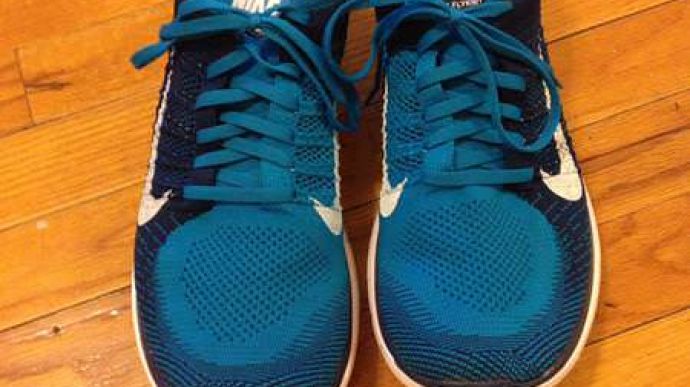 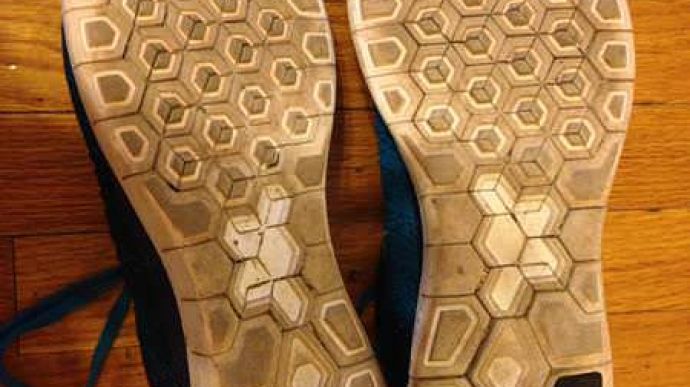 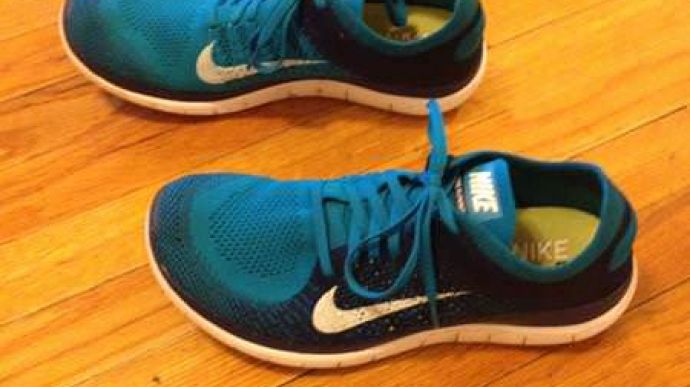 The Nike Free Flyknit 4.0 is an incredibly comfortable shoe with a lightweight and flexible construction thanks in a large part to what has to be the greatest upper in any shoe I’ve had the privilage of wearing. The Flyknit upper felt like a second skins and didn’t cause the slightest discomfort on even long, rainy runs. For the price, however, the out-sole just left too much to be desired, with incredibly poor traction and perhaps questionable durability.
WHERE TO BUY
LOWEST PRICE
$120
SHOE INFO
Nike
Brand
Free 4.0 Flyknit
Model
Minimalist
Type
7.4 oz. (210 gr.)
Weight
120 US$
MSRP
Nike Free
Family
WHO IS IT FOR
Somebody wanting a comfortable, highly flexible shoe without an ultra-low drop.
Help me choose

The Free Flyknit 4.0 is newest iteration of the Free 4.0, replacing the v3. As a quick background the Free 4.0s are the intermediate shoes in the Free lineup, with the 3.0 being the most minimalist featuring a 4mm drop. Moving on the 4.0 has a 6mm drop, and the 5.0 has a 7mm drop, as well as being the only of the 3 models not to feature a Flyknit upper.

Even just trying them on for the first time the fit and feel of the upper is incredible, a massive step up from the original Free Flyknit+ which was narrow, tight, and curved the entire toe-box of the shoe up. Going up a half size in the original Flyknit left my foot feeling cramped while the current version fits true to size.

The mid-sole is made of Phylite, which is essentially Nike’s version of a blown rubber material, which functions as a foam tough enough to be used as an out-sole. What that translates into is a fairly firm yet reasonably cushioned ride, which is a fairly standard ride for similarly lightweight and minimal shoes.

In addition the new pattern for the cuts made to separate out-sole pods allow the shoe to flex even more naturally than in previous generations Nike Frees which used rectangular pods.

Unfortunately Nike did little past the mid-sole, adding only the slightest amount of rubber pods under the outer corner of the heal and below the big toe. What this means is 90% of the out-sole is just exposed mid-sole.

And while a blown rubber works alright in moderation, having actual rubber at contact point helps immensely, especially in improving traction.

For a good example of a shoe with a mostly blown rubber out-sole which works look at an inov-8 road x-treme 138, the small rubber pods placed in the contact patches create usable traction without adding the weight or stiffness of a full rubber out-sole.

Nike failed in doing so however, creating a shoe with minimal traction on anything beyond pavement. They even start slipping on moist pavement. Don’t even bother trying to go up a hill if it has damp grass.

All that exposed mid-sole material also creates durability issues, every run is literally stripping off thin layers of the cushioning materials.

While I haven’t run long enough in these to find out how long they’ll remain usable, I’ve found other shoes with similar blown rubber out-soles to be generally unusable after about 300-500 miles due to the empty pits under contact zones.

If the sole was somewhat of a let down then the upper is the shoes redeeming quality. It is, hands down, the most comfortable upper I have ever had on my feet. The Flyknit upper has a bit of stretch so it moves with you feet like a thicker, tougher version of socks.

And speaking of socks I never found the need to wear any in these shoes, my feet remained perfectly comfortable during a rainy 20 miler. They even drained water quickly enough that I found myself running through mildly flooded underpasses (the water was about 6 inches high) rather than running up to the road as I would in other shoes.

The fit of this shoe was also spot on. They remained snug from the heel through the mid-foot thanks to the Flyknit and the Flywire, as always, allowed for the mid-foot to be locked in to the shoe as securely as anybody could want.

The wide, off center lacing also prevented any pressure points from forming through the thin upper even when tied tightly for tempos or track workouts. Moving into the toe-box, the shoe opens up exactly like it should, not wide enough for toes to slip about but more than enough for them splay naturally and comfortably.

The latest update exceeds expectations as an update to the v3. I would recommend it in an instant to anybody who already enjoys running in Nike Free shoes, it is an exceptional update having improved the fit, feel, and flexibility.

Otherwise, I’d still say it is well worth your time to at least try it on, especially if your the type of person whose running arsenal consists of multiple shoes which could cover for the flaws in the free.

So while it would make a worthwhile addition to any runner’s arsenal, its shortcomings are far too great for me to recommend it as an only pair of shoes.

We thank the nice people at Nike for sending us a pair of Free 4.0 Flyknit to test. This did not influence the outcome of the review, written after running more than 50 miles in them.