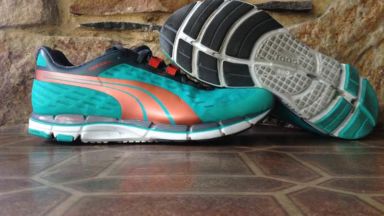 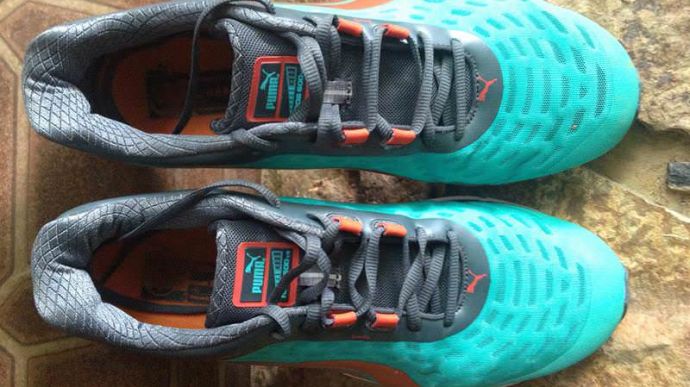 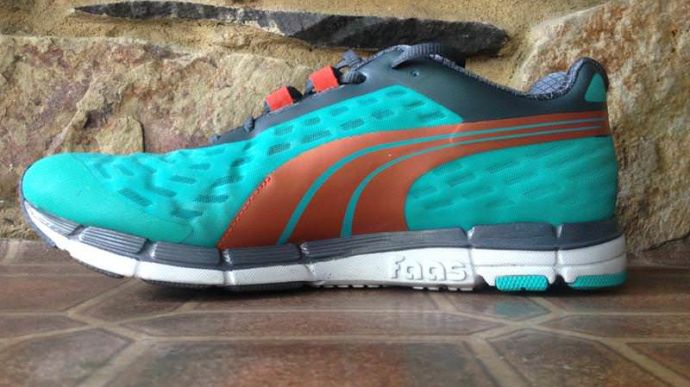 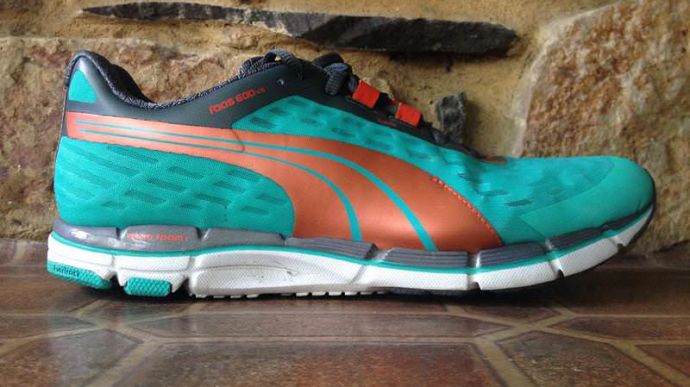 The Faas 600 v2 is a beautifully designed, stylish shoe that provides a firm responsive ride.
WHERE TO BUY
LOWEST PRICE
$100
SHOE INFO
Puma
Brand
Faas 600 v2
Model
Lightweight
Type
9.5 oz oz. (269 gr.)
Weight
100 US$
MSRP
WHO IS IT FOR
This shoe is for those looking for a shoe that is pleasing to the eye that can serve multiple purposes from a night out on the town to a morning jog before work. It is not for those seeking a daily training shoe.
Help me choose

The Puma Faas 600 v2 is intended for the everyday runner looking for a lightweight cushioning shoe. It is one of many shoes included in Pumas Faas line which increase in cushion with increasing number.

The Faas line goes all the way up to 1000 so this shoe falls somewhere in the middle of the amount of cushioning it offers.

The first thing I noticed about the shoe is that it looks great. The upper includes some see through mesh with what looks like some sort foam material providing the overall structure.

They have done a great job with the styling of the shoe and it looks like the type of shoe you would even buy for non running purposes just for its styling alone. They felt comfortable and light when I first put them on.

The midsole of the shoe uses pumas Faas foam. I was expecting a soft ride from the amount of foam in the midsole but found the ride to be rather firm. This could par-tially be due to the thicker rubber used in the outsole.

Rubber is used on the forefoot and heel, leaving the middle with exposed Faas foam from the midsole. There are three grooves in the Faas foam on the bottom of the shoe that collected rocks easily.

This really caused no effect on the shoes performance but was something that happened regularly when running on any surface that consisted of gravel.

The outsole provided good traction in dry and wet conditions.

The rubber used in this outsole looks very thick and durable. I was surprised to see major wear in the rubber after only 30 or so miles. Most of the microscopic little studs included in the rubber for traction were worn down leaving the rubber completely bald.

Surprisingly as I continued to log more miles I did not notice any traction issues. I do not think that this rubber would last very long for someone logging consistently high mileage.

This shoe provides a firm and responsive ride. It was firmer than I would expect in what is supposed to be a cushioning. I found that the more minimalist type Mobium Elite SPEED by Puma, that I have reviewed previously, felt more cushioned than this shoe.

The shoes upper consists of a foam material as a base structure with a very thin mesh overlay. I really like a breathable shoe and that is one thing that this shoe does very well.

There is also reflective material over the toe and on the heel that are very bright when it is dark. This is a great feature for runners who run at night.

There are a few things about this upper that i did not like. The tongue of the shoe is oddly shaped. It is basically a flat piece of plush fabric with one piece of fabric on each side coming straight towards your foot.

Picture a square with the bottom side removed. The material obviously is pliable and can be moved into position but the shape of the tongue allows it to easily slide down into the shoe while running.

This combined with the odd tongue shape made it really hard for me to keep my foot secure and my heel in place in the shoe. I found especially when running downhill that my foot slid forward and the shoe did not hold my heel or really any other part of my foot in place very well. Again this is most noticeable when running downhill and really wasn’t an issue on flats or uphills.

I do not mean to make it sound like this upper was uncomfortable. There is really nothing about it that makes it uncomfortable, there are just a few design flaws that I feel could be improved upon. Nothing sets this upper apart from being average.

This shoe looks great and provides an average running experience. I am a fan of the way it feels to run in this shoe given its 8mm drop and breathable upper, it just fell short in a few areas.

It was frustrating having the tongue slide down every time i ran down hill. It was also frustrating that my heel didn’t stay in place. I felt the need after every downhill section i was running on to readjust and re tie the shoe which is just not something i want to be dealing with every time I run.

The cushioning was adequate but it didn’t feel as soft as other lightweight cushioning shoes. It felt firm which was fine but when i think of a cushioned shoe this is not what I imagine.

I have run on Faas foam before and it felt more cushioned than this, I am not sure what else to attribute that to other than the rubber used on the outsole.

I think this shoe is more for someone who is seeking a really nice looking shoe that they can use to run and workout in occasionally. It is not a shoe specifically for runners.

The durability of the outsole rubber does not meet the standards of a daily high mileage train-ing shoe. The cushioning provided is adequate for the occasional runner but is also not on par with a shoe that can be used as a daily trainer.

We thank the nice people at Puma for sending us a pair of Faas 600 v2 to test. This did not influence the outcome of the review, written after running more than 50 miles in them.