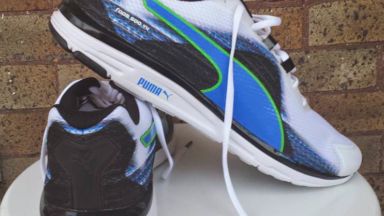 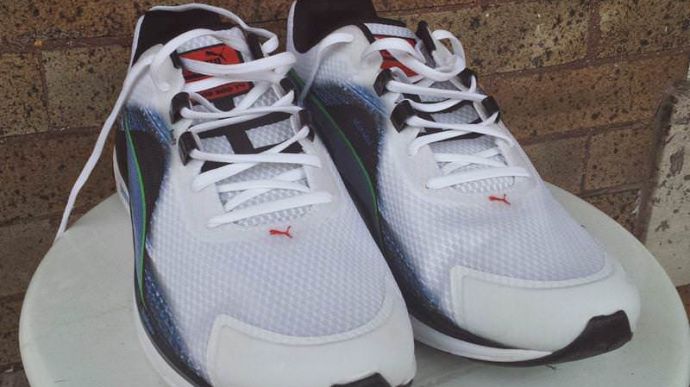 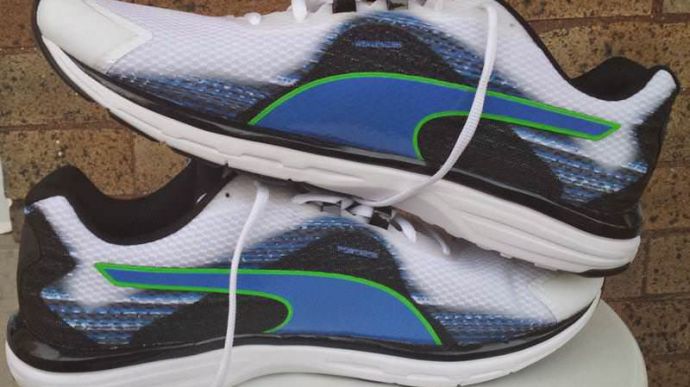 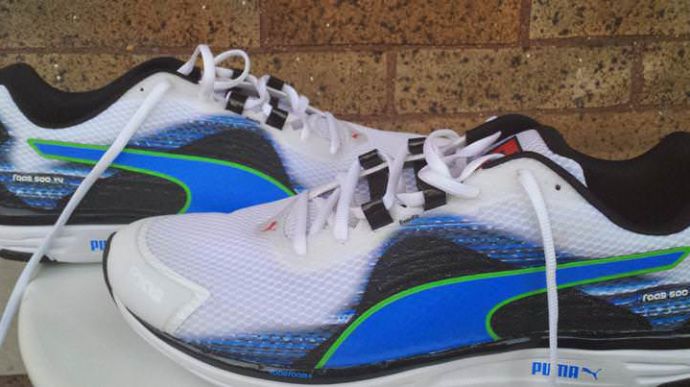 The Faas 500 v4 is a great shoe for those looking for a light and fast ride. It encourages midfoot striking but offers ample support.
WHERE TO BUY
LOWEST PRICE
$90
SHOE INFO
Puma
Brand
Faas 500 v4
Model
Stability
Type
oz. (0 gr.)
Weight
90 US$
MSRP
WHO IS IT FOR
A shoe for those wanting to dabble in minimalist running but not get their feet wet. It excels as a fast shoe offering ample support. Good for those looking for a tempo shoe, but could work as an everyday trainer as well once the user is accustomed to how it is built.
Help me choose

This is the fourth installment in the Faas 500 line. The reason for the number 500 is to associate with the amount of support that is offered. The shoe actually has a picture of a scale on it and with it being the 500 means it gives medium support.

It classifies as a support shoe, but it could really get away with a neutral performance shoe with how the shoe looks and feels.

When I first got the shoe, I was a little offput by the style. I have never been a fan of shoes with white being the primary color. The colors on the side made the signature puma swipe pop out to the eyes though.

The sole unit is modest but it speaks very loudly. Puma’s faasfoam+ is throughout the unit. It’s a soft foam that really adapts well to your foot. It pushes you off the ground and the construction of it absorbs the shock well.

The 4mm heel to toe drop encourages your stride to naturally go to the midfoot. If you are not used to a shoe like this, do not go into it guns blazing. Ease into it. Trust me, your calves will thank you later.

There is more treading in the ball of the foot to adhere to this nicely. The overall grip works best on paved, hard surfaces. it did NOT do well when it was wet out and during times where I had to step off the sidewalk.

One of my last runs was in the pouring rain. I found it hard at times to get a nice grip on the ground. There was one occurrence where I had to get on the grass because the sidewalk was closed. I could not keep my balance and ended up falling which left me with a sour, muddy taste in my mouth (literally).

There is a layer of mesh called weavemesh which is tightly weaved together. The sockliner is pretty solid construction as well. This rounds out to the toe box which is a layer of plastic for added protection. While this could leave room for breathability I had no such issues.

The lacing has everfit 2.0 in the midfoot which is an upgrade from previous models. What this is, are essentially straps that attach to the large, plush tongue.

When you lace up, it gives added support to the midfoot which is a common trend I’ve been seeing with other shoes on the market. While it doesn’t look like much when you look at the shoe, it really makes a huge difference.

This combined with the mesh makes the comfort level of the shoe soar. The toebox gives plenty of room and I never felt constricted in that area, which is a common problem I’ve seen with lighter running shoes out.

The heel is hardened in the back. It is apparent in the bottom of the shoe so it locks you in nicely. Like the rest of the shoe, it is minimal but counts where it needs to be.

Puma really did their homework on this one. For such a light shoe, I really was impressed with the amount of support that it offered. My fast runs soared and my longer, double digit runs gave me the firm ride that I needed.

The price of this really helps make it one for every kind of runner. It’s great for someone who wants a fast shoe for tempo runs and racing.

The price makes it a great candidate as an everyday running shoe. There is a slight learning curve with the minimalist tendence is it has, but not overwhelmingly so. I was used to the feel after 10-15 miles in it.

I wish the sole translated well in bad weather and it really disappointed me in that regard but it wasn’t a deal breaker. The colorway I feel could have been better, but that is more my personal taste than anything.

Puma is true to its name, giving me something that made me pounce.

We thank the nice people at Puma for sending us a pair of Faas 500 v4 to test. This did not influence the outcome of the review, written after running more than 50 miles in them.