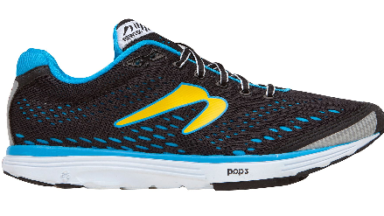 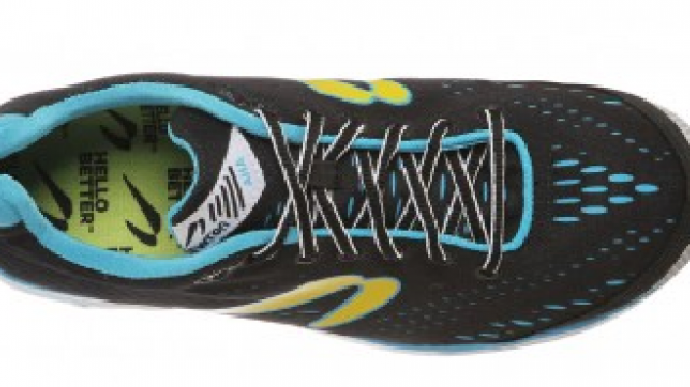 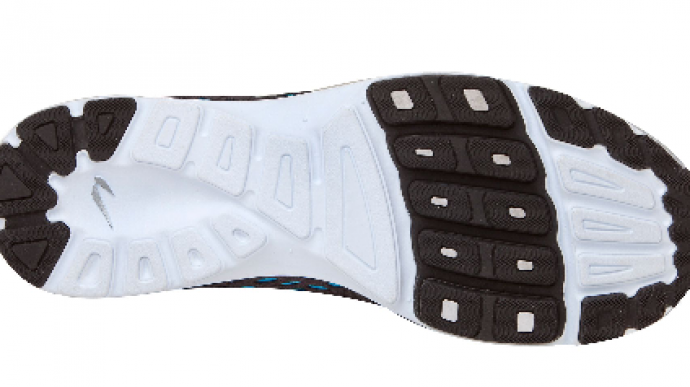 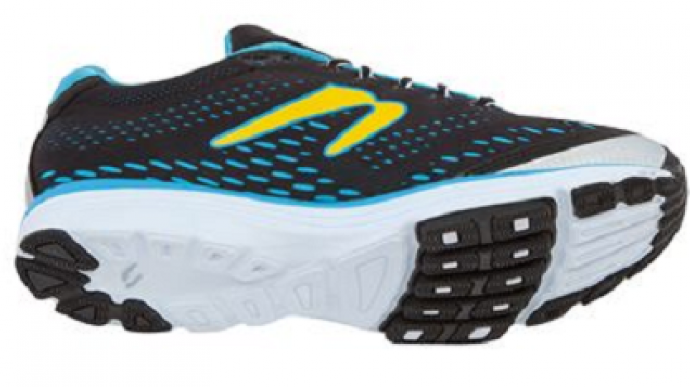 The Newton Aha is a new and comfortable shoe that truly teaches you how to run properly. Although the shoe isn't as flashy as Newton's other models, it will certainly get the job done with every challenge you take on.
WHERE TO BUY
LOWEST PRICE
$110
SHOE INFO
Newton
Brand
Aha
Model
Motion Control
Type
8.40 oz. (238 gr.)
Weight
110 US$
MSRP
WHO IS IT FOR
The Newton Aha would be recommended to any skill levels, whether you're running a local 5k or the Boston Marathon.
Help me choose

The Aha, like many of Newton’s models, aims to bring out a more neutral striking pattern and is the perfect shoe if you are looking to transition into Newtons. It was a roomy but comfortable shoe that provided plenty of support.

The Aha is a new model from Newton that is an affordable trainer. If you were ever looking into buying Newtons, but were nervous about the different style of running or intimidated by the price, this is the perfect model.

It is cheaper than most shoes made by Newton, and the “lugs” (see more in Sole Information) are slightly smaller to ease you into the new feel.

When I first saw the Newton Aha’s, I was surprised to see that they toned down the colors of the shoe. Normally, Newton has some flashy design that (though I personally do), some people may not like.

My first run, though I knew it was a bad idea, was a 13 mile long run on a mildly hilly loop. I was happy to see that they were very comfortable both in the overall feel and in the sole.

The run went by smoothly and I felt great. Every step felt natural.

Newton has a much different style of soles than most brands. If you look at the bottom of the shoe, you will see what Newton calls “lugs”.

These lugs, when you are running, influence your foot to strike in the middle, helping you with a more neutral striking pattern.

Within the shoe, there is enough cushioning to allow adequate support for the arch and heel, but not so much that you can’t feel the road.

Normally I put inserts in my shoes because I’ve had issues with plantar fasciitis, but I went bare and had no problems.

Overall, the sole allowed for a smooth and peppy ride. The one issue I experienced was the lack of traction on any wet roads/sidewalks.

Compared to Newton’s Distance IV, the traction provided by the Aha was poor. Any roads with precipitation were much more difficult to run on.

The upper section of the Newton Aha is a thicker material than some of Newton’s other models. In colder weather it was much more comfortable to run in than some of the lighter models.

The Aha was true to size when compared to other Newton shoes but provided a slightly more roomy feel around the toes.

On longer runs the material on the corner of the tongue would cause some irritation, but wearing a good pair of socks will certainly fix that issue.

Overall I really liked this shoe. I truly would recommend it to someone of any skill level who wants a solid trainer.

I personally like Newton’s typical neon designs, but that’s not important when looking at the technical aspects of the shoe.

The shoe did a great job of being comfortable and soft while also having a solid and supportive sole. I ran through the winter with it, sometimes on snowy roads and sometimes on treadmills, and they felt fresh every time.

Besides slipping around in the snow occasionally, they provided a smooth ride when on solid ground or the dreadmill.

We thank the nice people at Newton for sending us a pair of Aha to test. This did not influence the outcome of the review, written after running more than 50 miles in them.