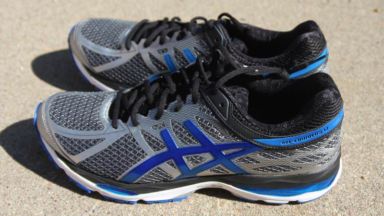 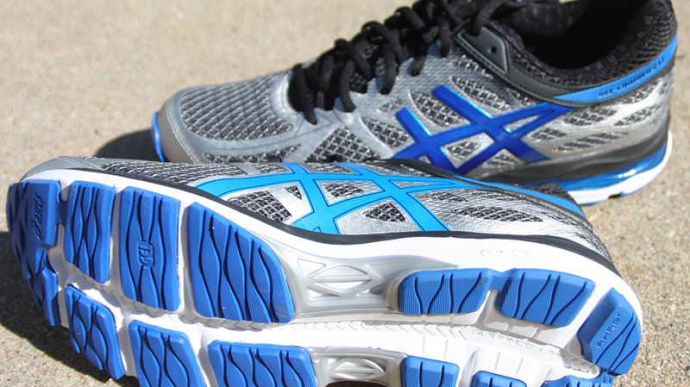 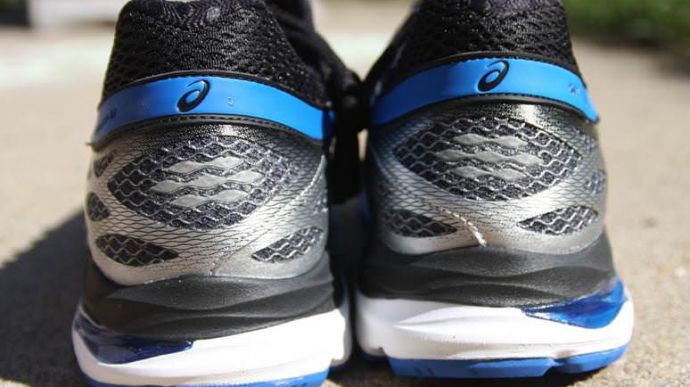 The ASICS Cumulus 17 is the latest iteration of one of the most popular neutral lines on the market. It has upped the cushioning and has amazing grip. However, with cushioning comes weight, as at times they can feel clunky.
WHERE TO BUY
LOWEST PRICE
$120
SHOE INFO
Asics
Brand
Gel Cumulus 17
Model
Cushioning
Type
13.7 oz. (388 gr.)
Weight
120 US$
MSRP
Asics Gel Cumulus
Family
Cumulus 16
Previous model
WHO IS IT FOR
This shoe is made for all neutral runners. The extra cushioning should be enough for beginners while still having an aggressive enough platform for more experienced runners.
Help me choose

The Cumulus 17, a new version of an ASICS classic, has a lot going for it. The shoe itself has superior construction and some great features that all levels of runners will find useful or enjoy.

ASICS has updated the cushioning on the entire shoe, and made a shoe with superior traction.

However, the may have gone overboard on a few of the features that are included, that to some runners may detract from the overall ride.

The Cumulus 17 is the newest on the mid-level line of neutral trainers from ASICS.

This shoe is meant to be an everyday trainer that will log hundreds of miles. With cushioning to spare, this trainer will easily go the distance for any distance long run you might want to put it through.

This model updates one of the most popular neutral trainers on the market.

However, I don’t think many people who have been loyal to the Cumulus line will be able to ignore the updates made on this model; the most notable of thing is the added cushioning to the forefoot of the shoe.

Although this is the most notable update, it is not the only one that is easily seen.

Upon first impression one can easily see that ASICS construction is a quality product. And this is something you have come to expect from the brand.

The sole unit of this update is the biggest place where Cumulus runners will feel a difference during their runs.

ASICS included a new FluidRide system that increases the amount of cushioning throughout the entire sole unit. The heel-toe drop is a standard 10mm — 23 mm in the heel, 13mm in the toe.

ASICS pushed their Gel throughout the sole unit and made sure that there was a pillowy sensation throughout your gait.

The crash pad on the heel of the unit absorbs most of your impact, and will smoothly transition you into your next step.

The traction on the unit is superb. While running on different surfaces and under different conditions — including in heavy rain — there was no point in time where the shoe slipped.

Even running on cedar paths and dirt, the shoes had good traction — although you should still use trail shoes on technical trails.

The unit has great ground cover, and is stable throughout the entire gait. From the moment the sole unit hits the ground until roll off, it is incredibly stable.

The upper is really where this shoe shines. ASICS has joined in the trend of seamless uppers with this offering, and this upper doesn’t disappoint.

They used many overlays to make sure the support you need is available in the midfoot.

The heel of the upper is supportive — keeping your heel in place — moving into a fairly tight midfoot that will keep your feet secure before opening up to decently wide toebox.

The toebox itself has plenty of room, but won’t be confused with some of the more minimalist offerings out there.

It is breathable — and not slightly waterproof, as I found out during a rain run — and will keep you cool during warmer runs. It is soft yet supportive where you’d like it to be.

[tweet_box]The Cumulus 17 is a solid shoe that will make a lot of runners happy. At $120, they are by no means overpriced[/tweet_box]

The Cumulus 17 is a solid shoe that will make a lot of runners happy. At $120, they are by no means overpriced. The traction, stability throughout the gate and amazingly soft upper make up a great offering.

The sole unit, however, also brings the biggest detriment to this update. The new FluidRide system makes this shoe feel like a full cushioned model — such as the Nimbus — and with that comes more weight.

This extra cushioning actually made this shoe harder for me to run in comfortably.

As compared to the recent shoes I had been using, this one weighed in a full 5oz heavier — 13.7oz for a size 13 — and provided too much forefoot cushioning for my taste.

On the first run I did with this shoe I almost felt as if I was fighting against the shoe to be able to push off onto my next stride. Each toe-off had a feeling of sinking into the shoe before a recoil that propelled me forward.

Now, if I were a newer runner — or weighed what I did four years ago — this shoe would be a great offering.

However, during tempo runs, speedwork and — for me — regular runs trying to hit certain times, I felt slower in these shoes than I did while wearing my other trainers.

That being said, I think there are lots of runners who would do great, and love these shoes. The craftsmanship is top notch, and the durability of them is excellent.

I have already put 115 miles on this pair and they feel just as cushioned as they did the day I pulled them out of the box.

Also, the traction on the sole unit has held up perfectly, seeing as I used these on a wet cedar trail with no ill effect to put on miles 106-110.

We thank the nice people at Asics for sending us a pair of Gel Cumulus 17 to test. This did not influence the outcome of the review, written after running more than 50 miles in them.