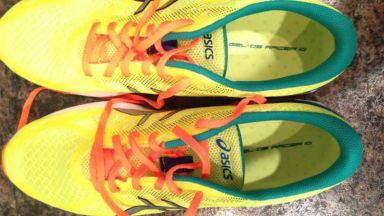 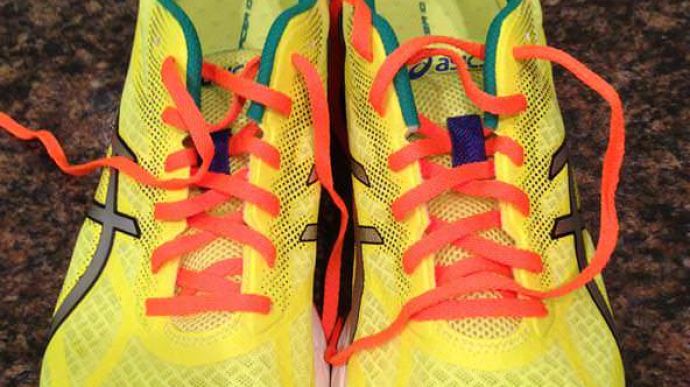 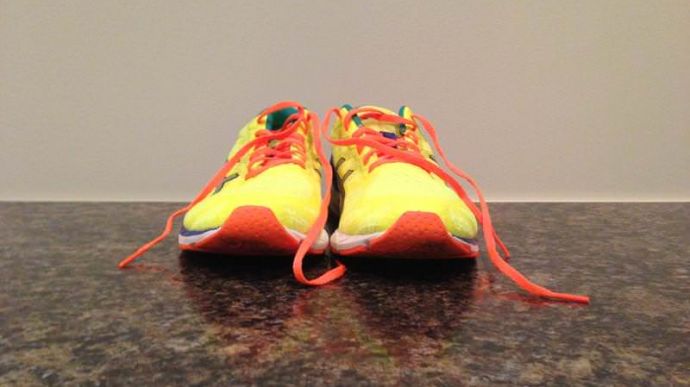 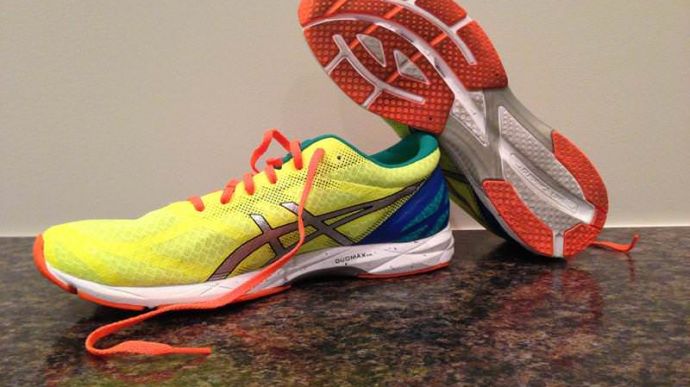 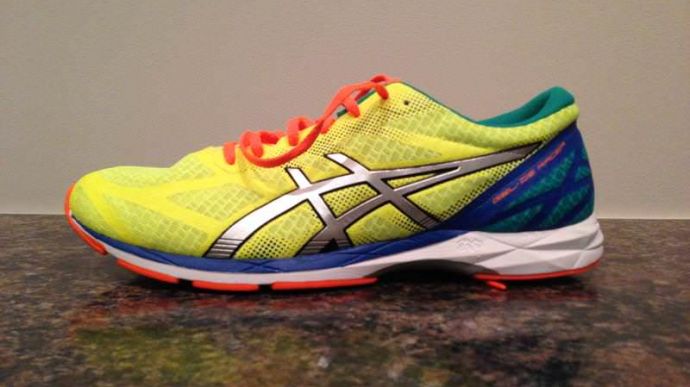 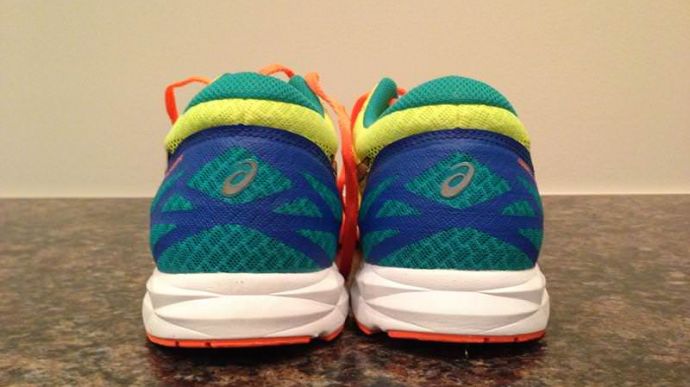 The Asics DS-Racer 10 is an excellent pairing of stability control technology and racing style build. Built in the style of a racing flat this shoe is a prime choice for long distance racing with a stability component.
WHERE TO BUY
LOWEST PRICE
$110
SHOE INFO
Asics
Brand
Gel DS Racer 10
Model
Stability
Type
6.40 oz. (181 gr.)
Weight
110 US$
MSRP
WHO IS IT FOR
This shoe is designed for mild over pronators who use some stability control trainers and want a racing shoe with similar functionality. It is focused at 5K to full marathon distances.
Help me choose

I had a pleasant experience with these shoes from day one. I expected to feel the Duomax stability material and truss plastic press against my arch and just noticed the truss plastic supporting the shoe structure.

They make for a great workout shoe since they are racers with a bit more protection. I used them several times for intervals on the track and a 5K race.

With the amount of cushion provided in the sole I did not hesitate to wear them through entire interval sessions with warm up and cool down.

In this sense they almost ride the boundary of “light weight trainer”, though their design is racer.

The Asics DS-Racer provides the features and functionality of the long popular DS-Trainer in a racer.

For the runner who uses stability shoes in training and desires the same in their racing shoes the DS-Racer should be considered a strong competitor near the top of its class.

It has the ground responsiveness and light weight that one expects in a racing shoe while also providing a stability truss underneath the arch and slightly more cushioning than other racers of similar quality.

Relative to most racing shoes it is a little more “beefy” because it provides that little bit extra for stability.

The sole of the DS-Racer is relatively flush since it’s designed for road racing. The Guidance Line follows the middle of the shoe and curves towards the big toe at the forefoot creating a small gap that can trap rocks.

Be wary of gravel roads, the biggest of the divots in the sole are in the forefoot near the ball of the foot. If a rock were to get lodged you would notice quickly.

The DS-Racer certainly stands out as the recognizable name in the style thanks in part to the success and longevity of its progenitor, the DS-Trainer.

The hard plastic truss piece found right underneath the DuoMax stability material gives a firm structure to each step.

Unlike neutral racing flats, this racer is designed to give you a modicum of stability support to keep your legs from over pronating.

The upper is primarily made of mesh with minimal overlays and an independent tongue. The heel contains a hard plastic structure piece that provides a hard backstop for a normal width foot.

The DS-Racer’s upper is built like a trainer. The tongue is a little thicker so it’s not as prone to folding and bunching up as the more common thin cloth like tongues found in many racing flats are at risk to do.

The upper is a seamless construction designed to reduce abrasive edges. The only material overlap that could create an abrasive edge is the tongue inside the shoe if it were to fold over.

The mesh is breathable, transparent enough to see your socks through, and doesn’t retain water.

The DS-Racer 10 is a great racer for 5K to half-marathon and is advertised for use up to full-marathon. It also makes for a good workout shoe for runners who like to do their speed work in racing shoes.

It will provide the support and protection to your feet necessary for long-distance racing.

For those who race long distance frequently this shoe would be a good option to protect your legs from the wear and tear minimalist racing flats can cause. The DS-Racer should be considered a go-to-shoe for the stability racer class.

We thank the nice people at Asics for sending us a pair of Gel DS Racer 10 to test. This did not influence the outcome of the review, written after running more than 50 miles in them.