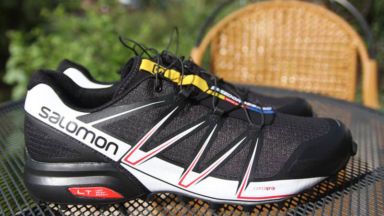 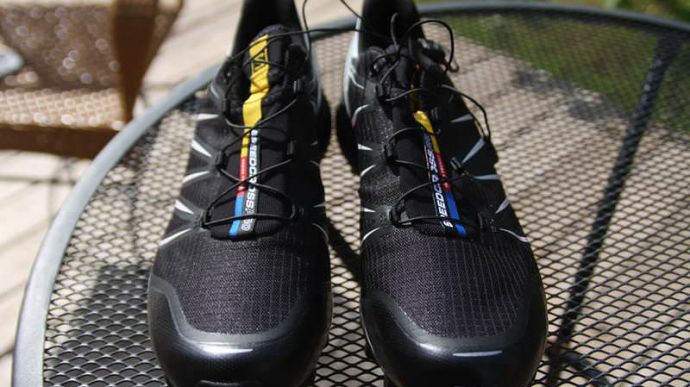 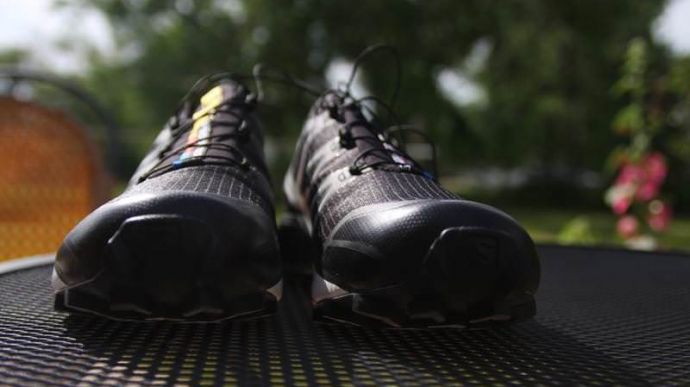 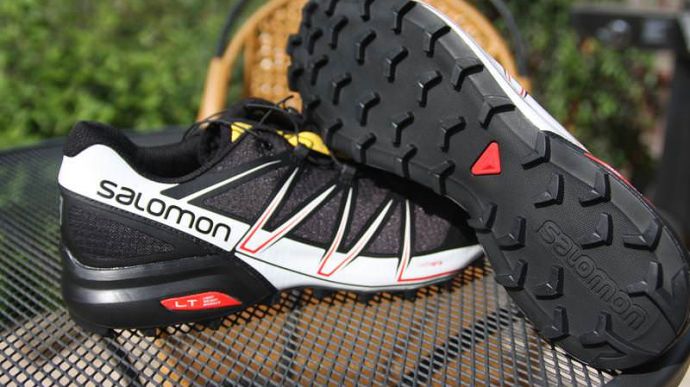 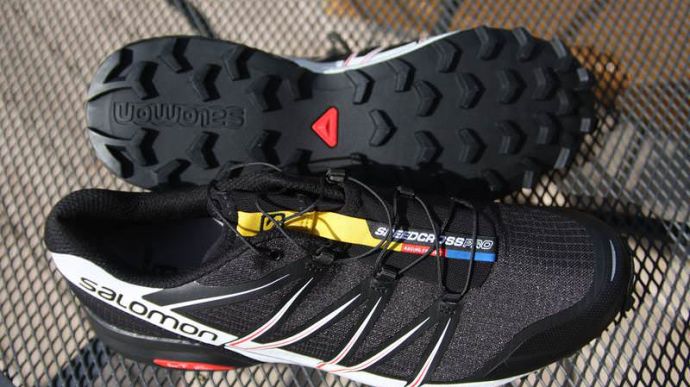 The Salomon Speedcross Pro is an aggressive trail running shoe that provides protection and incredible grip on the trails.
WHERE TO BUY
LOWEST PRICE
$150
SHOE INFO
Salomon
Brand
SpeedCross Pro
Model
Trail
Type
11.46 oz. (325 gr.)
Weight
150 US$
MSRP
WHO IS IT FOR
This shoe is for the avid trail runner, who is tackling single-track and technical trails. This is especially true, for those who run wet trails or through streams.
Help me choose

This shoe is for the avid trail runner, who is tackling single-track and technical trails. This is especially true, for those who run wet trails or through streams.

The Speedcross series has been a standard in trail running for years. This offering brings what you would expect out of a high level trail shoe, in incredible grip and stability for any trail surface you might encounter.

The Pro shoes are meant for technical trails and wet or icy surfaces.

The Salomon Speedcross Pro is is a technical trail shoe that can help you ascend any mountain trail you may come across. This is a S-Lab inspired shoe and the top of the line Speedcross model.

Out of the box, this shoe looks great and feels broken in. Also, I couldn’t help but notice just how aggressive the sole of the shoe looks with it’s lugs.

The most impressive part of this shoe was the fact that when I placed it on my hand at a 60-degree angle, it had enough grip to just sit there.

The traction was to the point that wearing the shoes on any hard surface — be it an indoor surface or concrete — was downright annoying as the sole would stick.

As mentioned before, the sole of this shoe is amazingly aggressive. The make up of the sole uses Salomon’s Light Weight Muscle and EVA cushioning.

There is not a ton of it, but more than enough to keep your feet feeling fresh even in the face of an 11-mile trail run.

The outsole is made of Mud & Snow Contagrip, and feature 6mm lugs throughout to give you continuous grip on all surfaces.

This outsole was specifically designed to tackle the wet and slippery terrain you’ll encounter during the fall and winter months.

When I took these out on a couple of technically trails, they held firm and grabbed every rock on which I needed to plant. This gave me the confidence to go harder on some of the more technical areas of the trail I was running.

The upper features a fully seamless design that includes technologies such as an anti-debris mesh, mud guard, Quicklace, Welded Sensifit technology, a lace pocket, and a tongue cover.

This set of technology makes sure that you feel secure in the upper, and that your feet stay dry on the wet surfaces you might encounter while out on a mountain trail.

However, the two things that stuck out to me were two fairly minor things — namely the lace pocket tongue cover.

With the Quicklace technology, there is a lot of lace left at the top when cinched, thus the lace pocket at the top of the tongue — a neoprene pouch that stores the left over laces so they don’t whip around during your run.

While the tongue cover is a simple sleeve that does what it’s called, cover the tongue. This little slip of cloth keeps all dirt and rocks out of the shoe. It’s a little thing, but when on the trail a real nice touch.

Overall, this upper felt like it just wasn’t there while I worked through all sorts of different terrain.

It was giving lots of support throughout the entire foot — with a tighter toe box than most of the new running shoes on the market today.

This upper, kept my feet dry, cool and happy through an 11-mile mountain run and just felt great.

The Speedcross line has two levels this year, the Pro and the Vario. Having ran in both now, the Pro here is a standout when on the technical trail.

The way this shoe maneuvered and handled the rocks, changes of elevation and different pitches you’ll encounter on the trails.

As I mentioned in the section about the sole, the traction on this shoe is something that stands out straight out of the box.

These shoes will grip whatever you put them on, and they won’t let go. This feeling of traction and hold makes you as a runner feel that much more confident while navigating the trails.

The cushioning is ample in the heel and midfoot, while firming up nicely in the forefoot — something which I believe leads towards better control on the mountain.

One of the biggest drawbacks of the Pro is that it is clunky and too hard a landing when on a non-trail service. The one run I did with these on concrete was one of the least pleasant experiences I’ve had while running in a while.

However, if you find a trail — or if you regularly run trails — these shoes will tackle them with gusto. The Speedcross Pro will definitely be in my bag whenever I visit a technical trail.

We thank the nice people at Salomon for sending us a pair of SpeedCross Pro to test. This did not influence the outcome of the review, written after running more than 50 miles in them.