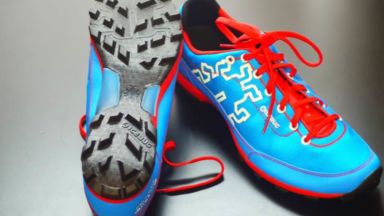 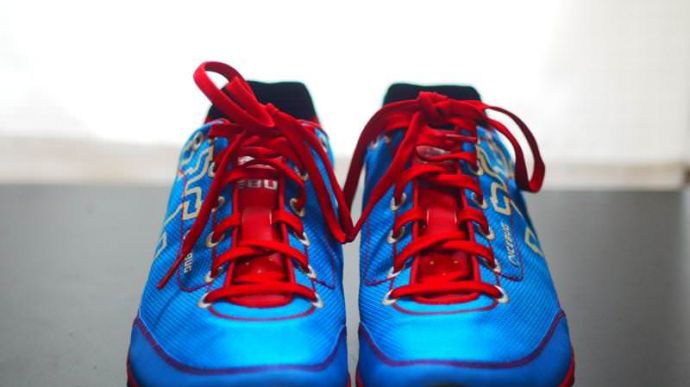 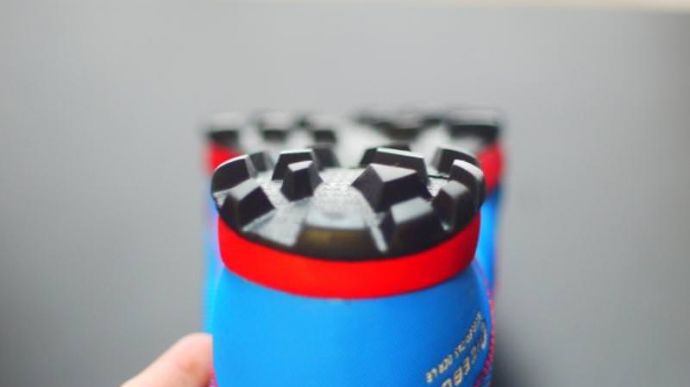 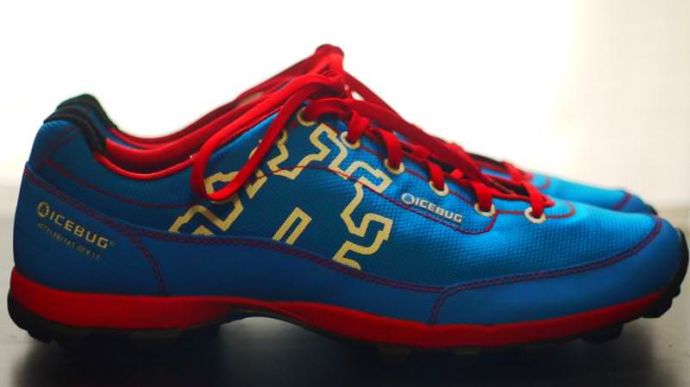 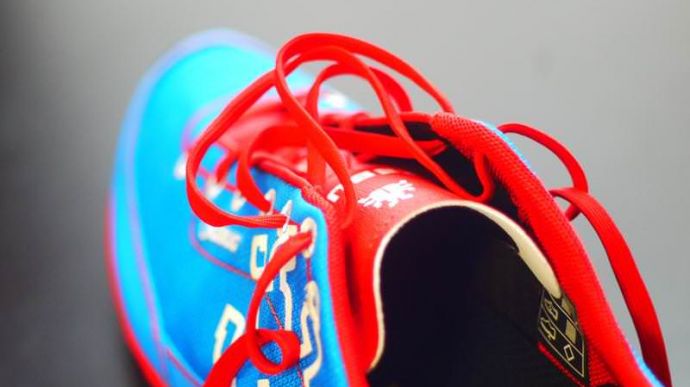 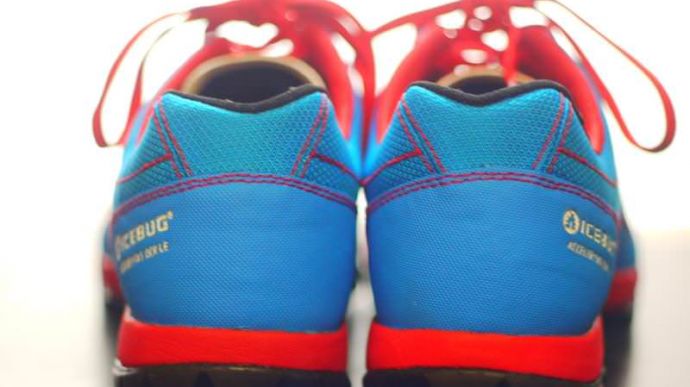 IceBug is a Swedish based shoe company that specializes in grippy shoes. The IceBug Acceleritas4 OCR LE shoes are a great example of this focus on grippy shoes without use of any metal studs (IceBug offers several other types of running shoes with metal studs).

I’ve competed in a few obstacle course races (even managed to win two) and know how important it is to pick a good pair of shoes.

I personally don’t expect to find a race where I’d wear the Acceleritas4 over my XC flats but I do think I’d use them for moderately paced technical trail running over any other shoe I own.

If I say RB9x and you say “sounds gimmicky”, you’d be in the same boat I was when I received the shoes. The term RB9X stands for “Rubber 9 Extreme” and is the latest rubber compound Icebug has for soles.

I was expecting a lot out of the shoes on my first run and they actually stood up to the hype. It had been raining for nearly 4 hours by the time I got out the door and started my first run with these shoes.

The sidewalks were slippery, the trails were muddy, the rocks were rocky, but these shoes were stable and sticky. They’re not going to give you spiderman powers, but I was impressed with the traction in such a wet environment.

In addition to the unique rubber compound, Icebug put an aggressive tread on the bottom of these shoes to dig into the earth with every stride.

The pattern reminds me of soccer cleats fused with dirt bike tires. This means the sole is at home in the dirt, and somewhat awkward on the road.

IceBug even says this pattern behaves like a tractor tire, pushing dirt out to the side. There is a distinct “clacking” noise when you run on asphalt or concrete, but it is nowhere near soccer cleats on concrete.

These shoes still perform ok on the road, I would just recommend taking them on the trails to fully enjoy the spirit of these shoes.

The midsole is fairly thin which gives a responsive ride. Because there isn’t much foam, you can feel medium sized rocks and roots beneath your feet.

This thin midsole also keeps the shoe lightweight and flexible, but also makes the shoe a bit unforgiving if you are used to cushioned shoes.

Icebug used lightweight materials that I would normally expect to see on a cross country ski boot and stitched them together to make the upper.

Compared to most running shoes, this upper won’t snag, won’t soak up water, and will stop all but the sharpest of sticks from getting to your feet.

The drawback to this durable upper is that it keeps stuff in as well as it keeps stuff out. The shoes aren’t very breathable and will hold onto your foot odor much longer than most other shoes.

It’s really an issue when you run through a deep puddle in these shoes and have water trying to squish its way back out for the next minute or so.

To be honest, these shoes just need a drainage port, and that’s exactly what Icebug shows you how to make. It seems Icebug figured they should let the users of this shoe decide for themselves if they want the extra drainage or not.

The tongue of the shoe is a synthetic leather that holds itself tightly to your feet. It has a similar feel to the Nike Zoom Air Elite 7’s tongue, but with a heartier material.

The laces on this shoe are probably 4-6 inches longer than your average pair of running shoes which is great if you’re looking to make triple knots or use the extra lacing holes in the shoe.

Otherwise, you’ll end up with the shoelaces on the ground sometimes because you didn’t make the loops of your knot big enough.

The heelcup is backed with a synthetic that feels like a thin layer of unfinished leather. This keeps. Combining that with the stiff backing of the shoe and you end up with a tough heel.

It was actually too tough for me and created blisters through my sock at the sides of my achilles tendon after I passed 40 miles in these shoes.

I might be able to relace the shoes to prevent this, but I wish Icebug picked a less sticky synthetic material over the one that feels like unfinished leather.

This heel cup is on the opposite end of the spectrum as the Under Armour Speedform Apollos or Nike Flyknit shoes.

The Icebug Acceleritas4 OCR LE is a peppy off road shoe, ready to surprise you with grip and durability. They’re lightweight, flexible and give you a very responsive ride when running trails.

They shouldn’t be used as a daily trainer and you should avoid running on asphalt/concrete when you can. If you don’t mind the poor breathability, these shoes are excellent for OCR and trail running.

We thank the nice people at Icebug for sending us a pair of Acceleritas4 OCR LE to test. This did not influence the outcome of the review, written after running more than 50 miles in them.