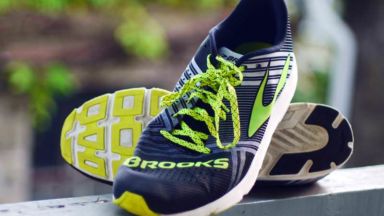 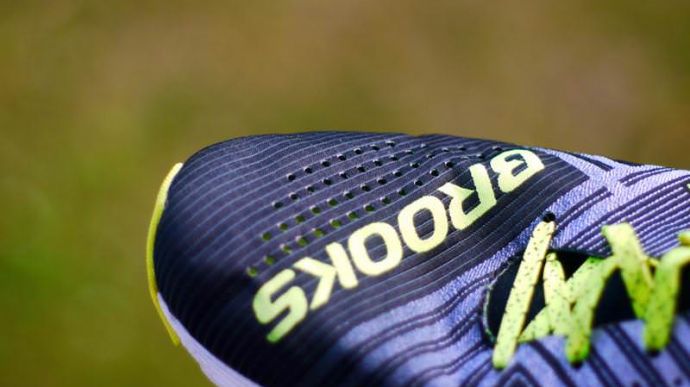 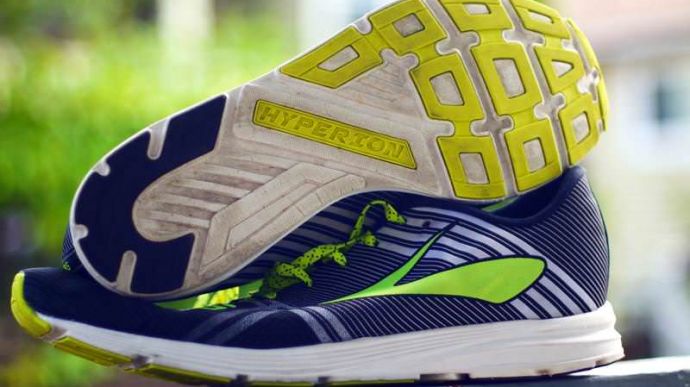 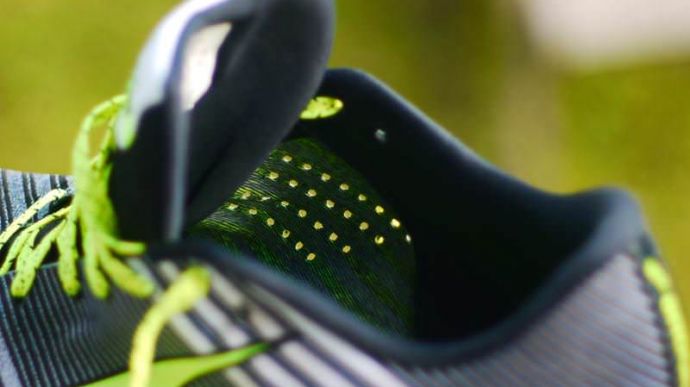 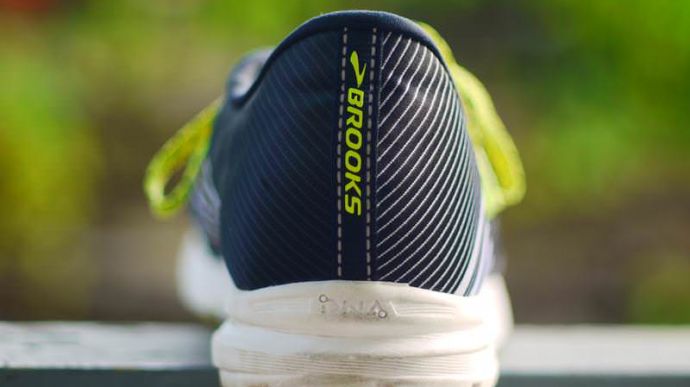 The Brooks Hyperion is a very lightweight racing flat that is stripped down to the bare essentials to give you maximum speed with moderate durability for fast workouts and important races.
WHERE TO BUY
LOWEST PRICE
$96
SHOE INFO
Brooks
Brand
Hyperion
Model
Racing
Type
6.40 oz. (181 gr.)
Weight
130 US$
MSRP
10 mm
Heel Drop
Jun / 2016
Release Date
WHO IS IT FOR
The Brooks Hyperion is designed for road-racing runners looking for a neutral shoe that can keep up at elite speeds. Due to the lightweight construction of the shoe, it’s not recommended for daily training.
Help me choose

The Brooks Hyperion is a new model of racing shoe that aims to be fast, efficient, and lightweight. It is best suited for runners who need a racing flat that bridges the gap between ultra lightweight racers and lightweight daily trainers.

Rather than trim down an existing model to make a smooth looking lightweight racer, Brooks came out with the new line of Hyperion racing flats to fill this category.

The 6.4 ounce weight does make the Hyperion lighter than most of the competitors. The Saucony Kinvara 7s come in at 7.7 ounces, and the Skechers Go Meb Speed 4s still don’t come close with their 7.2 ounce weight.

Two other options in the Brooks racing line are the Brooks Racer ST5 and the Brooks T7 Racer. Both come in a tad cheaper, but only the T7 matches the 6.4 ounce weight.

If you’re looking for a 12mm drop, try out the T7s, otherwise, stick with the Hyperions and their 10mm drop.

I had a race coming up in a few weeks, so I was thrilled to open up the box from Brooks at my door and see the super sleek and lightweight Hyperions inside.

It was a little premature, but I thought I found the replacement to my favorite Kinvaras in that moment. They felt so sleek when I first put them on, and I could not wait to stress them in a nasty workout.

So I made a nasty workout and was satisfied with the initial test. But I knew 50 miles of testing these shoes would reveal a few quirks, so I didn’t toss my Kinvaras aside just yet.

The sole looks like a 60-40 split between foam and rubber. You’re not going to tackle any trails in these shoes, or wear them past 500 miles, but why should you?

These are road racing flats, designed to assist you in your quest for PRs in races over 5k in length. The area under the midfoot is filled with warped neon green outlined squares of rubber. The rubber itself is pretty thin.

You get maybe 2mm of rubber, and that’s it. Brooks knows you need just enough traction and durability to hold up for a handful of races and fast workouts. I think the outsole rubber layout is perfect for this.

The liberal use of flexible channels dividing up the rubber squares keeps the shoe very flexible. You don’t feel much resistance at all when toeing off.

This gives you just enough feel for the ground and protects you from some pavement pounding. Brooks has a little trick up their sleeve to add cushioning without adding much weight or thickness.

It’s their “Brooks DNA” technology, which is a non-Newtonian compound that they put in the sole. In simplest terms, it’s similar to cornstarch and water, so the harder you smack it, the stronger it is.

This gives the shoe a bit of extra strength when you smack the pavement, but keeps it flexible when you complete your stride. It’s implemented very subtly in the shoe, so don’t worry about feeling crazy goop on your runs.

I made a very light imprint of my foot in the shoe during the 50 miles of testing. I’d say the shoe started to feel like my own after 20-30 miles, so try to get in around that many miles before using them in any big race.

Speaking of races, the sole is perfect for racing. As long as you tie the upper tightly, you’ll get a very responsive ride. The insole is glued down to add to the responsiveness. If you’re curious, you can remove the glued down insole in the event you need to insert custom orthotics.

Brooks touted their woven mesh upper as a great feature, so I was expecting Brooks to use something similar to Nike’s Flyknit/Adidas’ Prime Knit/Skechers’ GoKnit.

To improve breathability, Brooks punched out an array of holes on the toebox and inner side of the shoe. It was better with the holes, but it didn’t match the breathability of the lower thread count meshes.

The thin upper woven material is a little floppy, so Brooks put in a film around the end of the toebox to hold the shape of the shoe together. This turned into a problem around mile 10.

The film holding the upper started to crease when flexing the shoe, which caused the fabric to wrinkle towards my toes. This could become a moderate blister issue for marathoners.

Another blister zone was the bottom lace loop, where a loose fit can cause some chafing. Finally, the heel cup is stiff and not very forgiving, so you might get some blisters if you have a poor fit.

You probably figured it out by now, the upper gave me blisters. I did manage to fit the shoe tighter to my feet which cut down on chafing.

This is not a deal breaker for the shoe, it’s more of an unfortunate drawback to an otherwise stellar shoe. Just be aware that lightweight shoes at great speeds can bring great chaffing, and the Hyperions need extra attention when lacing up.

Rounding out the upper is wide and silky feeling tongue. The material in the inner heel is the same silky fabric, just be aware that this material does pill up.

The heel has an stiff counter embedded between the outer and inner fabrics. Without it, the shoe would have little structure in the upper and would look like a piece of cloth draped over a racing sole.

Need a lightweight racing shoe that will help you hit PRs in events longer than a 5k? Try out the Hyperions, just do not make them the only shoe you consider.

They have a great sole, but the upper lacks the finishing touches you see on a 3rd or 4th iteration of a shoe. What would I change for the next iteration? I would make the upper a little stretchier so it flexes more when landing.

I would also add some more material to the heel to reduce chaffing. Lastly, I would want to reduce or remove the toebox crumpling.

At $130, the Hyperions are a few bucks more expensive than the competitors, so definitely put at least 20 miles in them before making your final decision.

I am still going to grab the Hyperions for most of my races, but I think the next iteration of the Hyperion will be the champion racing flat I hoped the original Hyperion was going to be.

We thank the nice people at Brooks for sending us a pair of Hyperions to test. This did not influence the outcome of the review, written after running more than 50 miles in them.

Visit ShopRunningWarehouse.Com
This page contains affiliate links. As an Amazon Associate I earn from qualifying purchases.
WHERE TO BUY
LOWEST PRICE
$96