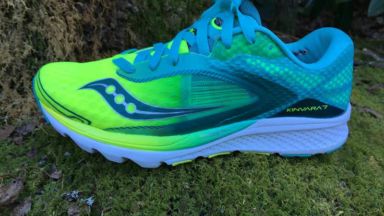 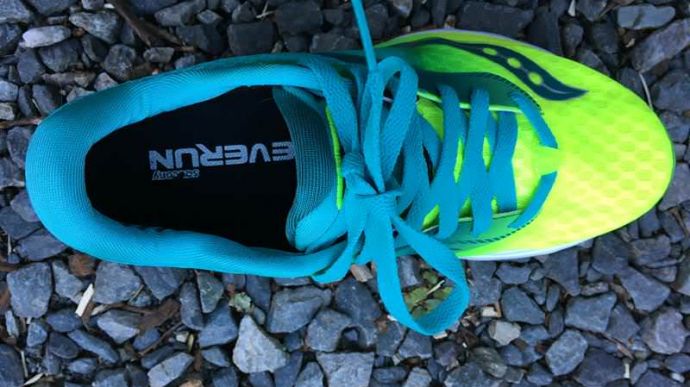 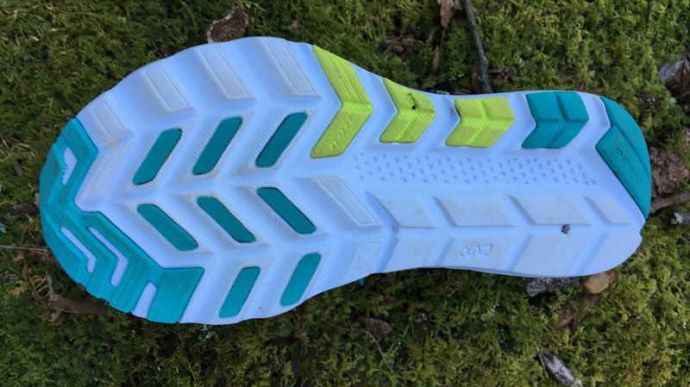 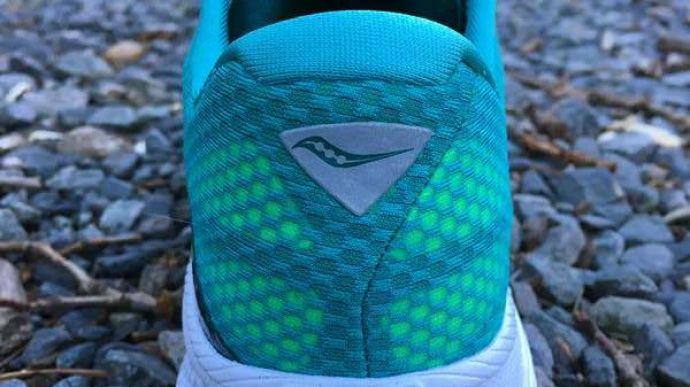 The Saucony Kinvara 7 boasts a handful of significant changes from previous versions. However, runners who have been loyal to the Kinvara line will continue to enjoy the shoe’s lightweight, responsive ride. Key differences between the 6 and 7 include updates to the outsole, midsole cushioning system, and the upper.
WHERE TO BUY
LOWEST PRICE
$110
SHOE INFO
Saucony
Brand
Kinvara 7
Model
Lightweight
Type
7.70 oz. (218 gr.)
Weight
110 US$
MSRP
4 mm
Heel Drop
Saucony Kinvara
Family
Mar / 2016
Release Date
Kinvara 6
Previous model
WHO IS IT FOR
The Kinvara has long been the shoe of choice for scores of neutral runners looking for a shoe with unmatched versatility, and version 7 remains true to form in this respect.
Help me choose

Despite several modifications to then midsole & outsole, the Kinvara 7 maintains the same simplicity and style that has led to the establishment of its die-hard fan base since it first hit the market in 2010.

This shoe feels pleasant on any and every run type. Use it as a daily trainer, speed trainer, and long run shoe. Known for its impressive balance of comfort and performance, it offers a firm and responsive ride—more in line with the feel of the original Kinvara.

I highly anticipated testing the Kinvara 7 given how much I enjoyed the Kinvara 6. Upon opening the box I was wowed by the bright turquoise and chartreuse ombrè styling of the upper.

The Kinvara 7 certainly is an eye-catching shoe. I find that it is most comparable to the New Balance Zante.

The fit of version 7 remains unchanged from version 6 with an adequate, but not particularly wide toe box, and a snug midfoot feel. This version runs true to size.

The Kinvara 7 was tested on paved roads and groomed gravel trails. It performed well on long runs, quick tempos, and everything in between.

While several substantial changes in the shoe’s technology have been made, the general character of version 7 remains true to the Kinvara experience.

Although the placement pattern has changed slightly, the Kinvara 7 continues to employ injection blown rubber in strategic zones on the sole in order to keep the weight of the shoe down while providing optimal durability and protection in areas where the highest ground contact occurs.

Strategic placement of injection blown rubber under the forefoot and along the lateral arch in the TRI-FLEX configuration provides traction and durability while distributing shock more evenly across the sole.

Saucony has replaced the PowerGrid EVA+ foam platform with resilient EverRun SSL that is significantly more dense and more firm than previous models.

EverRun is intended to maintain its integrity longer than standard EVA foam; and with its introduction, I expect version 7 to be the most durable Kinvara to date.

These changes have undoubtedly impacted the ride of the shoe. On my first run in the Kinvara 7, I felt a noticeable difference in the softness of the ride.

While the Kinvara 6 and earlier versions boasted a soft, luxurious ride, the Kinvara 7 is much more firm. The shoe feels as if the stack height is higher than in version 6, but it is exactly the same.

I attribute this feeling to the firmness. The Kinvara 7 is much less forgiving than the 6.

My first few runs in this shoe on the road felt quite stiff underfoot I could audibly hear my foot slap the pavement; a phenomenon I never experienced in the 6. Unlike the 6, the 7 requires a few miles of break-in before it starts to feel natural underfoot.

The upper of the Kinvara 7 carries over the two predominant technical features of version 6: FlexFilm and the Pro-Lock lacing system.

The FlexFilm overlays are melded to the upper of the shoe to eliminate seams. Flex Film stiffens the upper, but retains enough flexibility to be comfortable.

I have to admit, I was disappointed to see the Pro-Lock lacing system reappear in this version because I find it unnecessary and even constrictive.

The first time I wore the Kinvara 6 I had to stop 30 minutes into the run to loosen the laces and Pro-Lock pieces, which sit underneath the main upper unit, but on top of the tongue, because my foot had gone numb.

After experiencing this discomfort with version 6, I knew to keep the middle laces loose and thus avoided those problems with version 7. The upper of the Kinvara is snug as it is, and so the Pro-Lock lacing is unneeded.

However, this technical component persists, so for runners with a lower arch or wider foot, the overly-tight Pro-Lock system could cause significant discomfort.

Despite this issue, the toe-box of the Kinvara 7 was adequate as in previous models. The heel counter is soft and forgiving where it makes contact against the Achilles.

The Kinvara is Saucony’s most recognized contribution the running shoe market for good reason. The Kinvara 7 is in keeping with the lightweight, high-performing comfort that runners have come to expect from this shoe.

However, it is distinguished from version 6 in many notable ways that might not be widely appreciated by long-time Kinvara loyalists.

No doubt, version 7 stays true to the character of the Kinvara, but none of the changes are improvements, aside from increased durability.

If I was forced to decide between the Kinvara 6 and Kinvara 7, I would not hesitate to choose version 6. I prefer the soft, luxurious ride of version 6 to the stiffness of version 7.

Although, taken by itself, the Kinvara 7 is an exceptional shoe that is appropriate for every type of run.

We thank the nice people at Saucony for sending us a pair of Kinvara 7 to test. This did not influence the outcome of the review, written after running more than 50 miles in them.

Sorry - Product not found. Please try RunningWarehouse.Com to check in their assortment.
This page contains affiliate links. As an Amazon Associate I earn from qualifying purchases.
WHERE TO BUY
LOWEST PRICE
$110
AVAILABLE ON SALE:Previous model $71