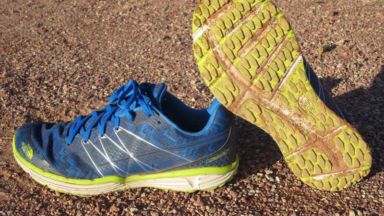 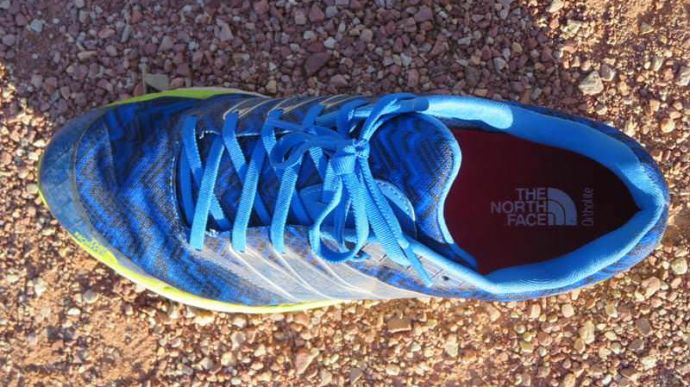 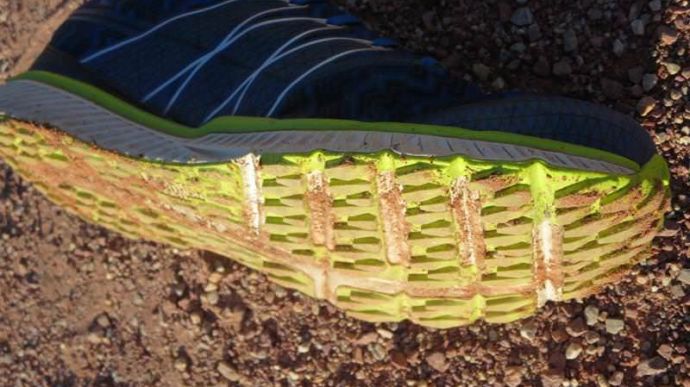 The Litewave TR is, in my opinion, the best trail running shoe The North Face has ever created.

The cushioning and ride are fantastic for those types of runners who prefer a light and agile feel on the trails.
WHERE TO BUY
LOWEST PRICE
$100
SHOE INFO
The North Face
Brand
Litewave TR
Model
Trail
Type
8.10 oz. (230 gr.)
Weight
100 US$
MSRP
6 mm
Heel Drop
Jan / 2016
Release Date
WHO IS IT FOR
The Litewave TR is a go-fast shoe made for runners with a neutral gait. The minimal construction is likely best for light and medium weight experienced runners who aren't looking for a great deal of protection on the trails from a rock plate or heavily reinforced upper.
Help me choose

I’ve been wearing/ testing North Face trail running shoes since they first debuted, and unfortunately, many of these shoes flopped in my opinion due to overly firm midsoles, narrow toe boxes, and an overall unresponsive feel.

Last year I wore the Cardiac model for a bit, as well as the Ultra MT, and I could tell that North Face’s designers were headed in a different direction and trying to be more competitive in the market.

Unfortunately, I wasn’t completely sold on these models due to the aforementioned too firm midsole EVA which caused my feet to feel pounded after twenty miles.

The Litewave TR is The North Face’s first step in a very good direction. Here they offer a very stripped down and lightweight trail shoe, and they’ve decreased the durometer of their midsole material.

The Litewave is a smooth riding hybrid running shoe that works great for trails and road running.

The entire shoe is very flexible, and this is also the first time that The North Face has softened up the feel of their shoes, adding a very soft layer of EVA under the footbed to give this shoe a plush but light feel.

I’d read some very positive feedback about the shoe from North Face sponsored trail runner Dylan Bowman who described it as the best North Face shoe he’s worn, and I was delighted by the departure from their previous designs.

Upon unboxing the shoe, it was immediately evident that TNF was trying to create a low profile, light weight, and agile trail shoe for the racing crowd rather than the middle of the pack.

However, I was pleased to see a fairly modest price tag (these days) of $100 to compliment a simple design.

As stated before, this is the first time that I’ve fallen in love with the ride and cushioning feel of a North Face shoe. Softer EVA cushioning was used beneath the footbed, and it is only slightly firmer throughout the rest of the midsole.

The ride is much softer than any TNF shoe I’ve worn before, and it is more reminiscent of a great road shoe such as the Saucony Kinvara or a Nike LunarTempo.

Regardless of foot strike, you’ll appreciate the smooth ride of the Litewave TR, and as a midfoot striker I was very pleased to see how much forefoot cushioning was incorporated.

This smooth feel is aided by a 6mm heel drop which gives the Litewave TR a racing flat like feel.

The North Face employs a very simple outsole pattern previously seen on their Ultra Smooth models, and this outsole does best on dry and non-technical trail as well as roads.

UltraTAC rubber is used throughout most of the outsole which is relatively sticky, especially on rock. Unfortunately this low profile lugged outsole doesn’t do well in mud or clay, and significant sliding occurred whenever the conditions became sloppy.

The Litewave’s upper is relatively seamless and just as simple as the rest of the shoe. With some welded on reinforcement throughout the midfoot, as well as the toe bumper, I found that it had enough protection for about any trails I could throw at it.

The weave of the dual density mesh used in the upper is rather thick, making it durable, but somewhat water logged after water crossings.

Some reviewers have complained that the area where the forefoot flexes on the medial side cut into their foot due to the rubberized overlay ending there, however I didn’t have that problem. In fact, I didn’t have any problems with the Litewave TR upper.

The heel cup is flexible but not sloppy, the heel collar and tongue are padded but not overly so, and the flat laces are well designed and not too long or short.

The rubberized toecap provides enough protection if you catch a toe on a rock, but it doesn’t stiffen the overall feel of the upper.

The toe box is wide enough without feeling sloppy and this is a shoe that felt comfortable on my foot for three hours of trail running both up and down steep grades. Also, it does run true to size.

In my opinion, this is the best trail running shoe that The North Face has designed to date, and I think this bodes well for their future.

Yes, the Litewave TR feels and runs like a minimalist shoe due to the lack of a rock plate and reinforcing structures in the upper, however the cushioning is substantial for such a lightweight shoe.

It reminds me a bit of the now discontinued Inov-8 TrailRoc 245, but with more cushioning and a higher heel drop.

I would recommend this shoe for runners looking for a smooth running hybrid trail shoe, or those looking for a racing flat-like feel for not-so-technical trails.

I think that going forward it would behoove The North Face to augment this shoe with a minimal rock plate and a bit more substantial lugging. With those two minimal changes the Litewave TR could work very well up to 100k.

We thank the nice people at The North Face for sending us a pair of Litewave TR to test. This did not influence the outcome of the review, written after running more than 50 miles in them.