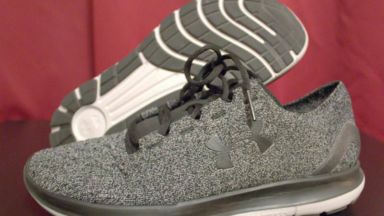 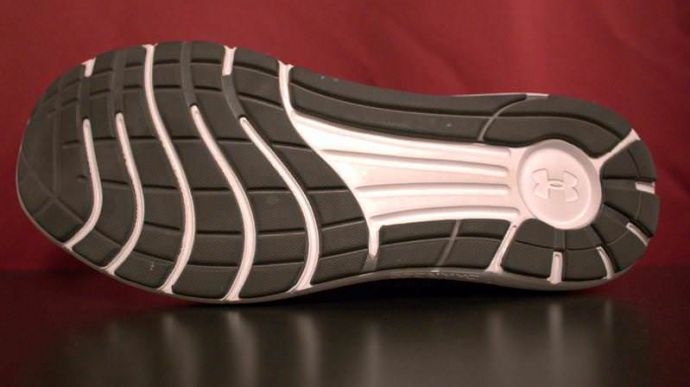 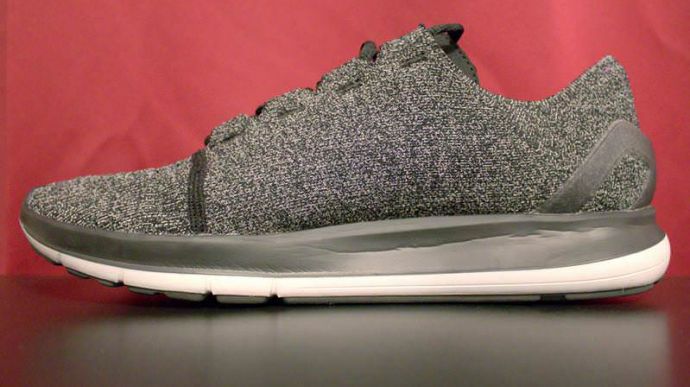 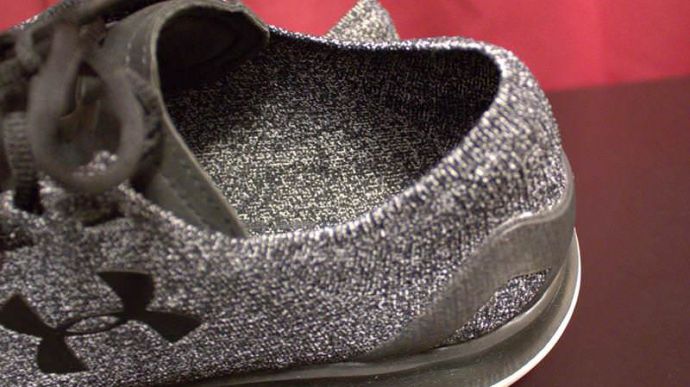 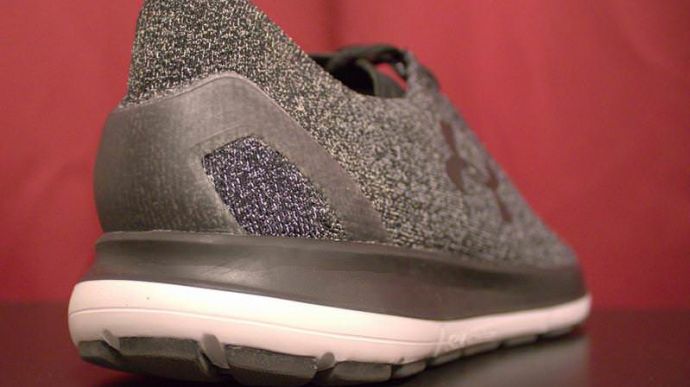 The Under Armour Speedform Slingride is a daily trainer best suited for casual runners and gives your feet a tight fit with a woven and breathable upper in a sleek package.
WHERE TO BUY
LOWEST PRICE
$94
SHOE INFO
Under Armour
Brand
SpeedForm Slingride
Model
Lightweight
Type
10 oz. (283 gr.)
Weight
120 US$
MSRP
8 mm
Heel Drop
Sep / 2016
Release Date
WHO IS IT FOR
This shoe is a good choice for casual runners trying to find for a new look in daily trainers. The simple woven upper combined with a SpeedForm fit is great for runners who also want a “no-frills” approach to shoes.
Help me choose

This was my second time in a pair of Under Armour running shoes, the last being the Under Armour Speedform Apollos.

I was looking forward to the novel fit provided by SpeedForm technology, along with the durable upper composed of Dyneema fibers.

But my first impressions of this shoe were most influenced by the style, and not the fit or feel of the shoe. The UA Slingrides look a lot more like a fashion oriented shoe than a running shoe, especially in their “Glacier Gray (003) / Black” color scheme.

They look almost like a cousin of the Adidas Yeezy Boost 350, which are practically the epitome of high-cost fashion with no function.

However, the UA Slingrides come in at $120 MSRP and have a bit of running tech within them. I spent the next 50 miles running around in these shoes trying to categorize their unique take on a daily trainer.

You’re looking at a competitively priced daily trainer when you look at the UA Speedform Slingrides. Similar shoes would be the Nike Free Flyknit 4.0s, or the Adidas Pure Boost 2s.

The Slingrides also are designed to fit into your lifestyle a bit more than a standard running shoe would.

The full rubber outsole combined with a simple looking upper makes this shoe a versatile athletic shoe that is not limited to just running.

If you got the grey color scheme like I did, you might even be able to sneak these shoes into work! Before I went out for my first run in these shoes, I had to lace them up a few different ways to get a comfortable fit.

My standard approach to curling in my toes and then lightly lacing the shoe up left too much slack all around in the entire shoe since the upper is pretty flexible.

On the second lace-up, I still felt a little extra movement around the heel, but I had to accept that since the shoe does not have very high up lacing areas, or a strong heel counter.

After the first run, taking the shoes off was a breeze since the upper is so flexible. Almost as easy as taking off the Nike Free RN Motion Flyknits.

Overall, I liked the shoes and need to try longer runs, and shorter fast runs in the shoe to figure them out.

There is no real insole, it’s just an almost continuous piece of fabric that almost seamlessly connects to the inner sidewalls of the shoe and covers the top section of the midsole.

Under Armour SpeedForm Slingride – Inside

It’s actually a pretty slick looking inside, which stems from Under Armour’s technical expertise in fabric manufacturing. I wanted to try these shoes sockless since it felt like a good idea, and it ended up as an ok idea.

The inner seam on the medial side felt like it was rubbing more than it should, but not catastrophically. You’ll feel nothing if you’re wearing socks.

Beneath the fabric that your foot stands on is what Under Armour calls a “two-piece Charged Cushioning system” which puts softer foam closer to your feet and stiffer foam beneath that.

It’s a similar concept to the cushioning used on the Asics Gel Nimbus 18 shoes. This two-piece cushioning system covers the whole length of the sole, so you do not have any specialized support zones or extra squishy spots under your foot. It’s a very homogeneous squish under your foot.

It sort of reminds me of New Balance’s Fresh Foam. The outsole is fairly bland considering what Under Armour can do.

These shoes have a single layer of the same rubber running the bottom, with just a few flex channels beneath the forefoot, and a moderate amount of exposed foam beneath the heel.

I would have preferred to see a mixture of high carbon rubber and blown rubber to optimize the comfort and performance, but that might not have been possible at the price point of this shoe.

Overall, I’m pleased with the outsole and think it does well on roads and track

No Frills, sleek, almost seamless. Almost seamless! Although the upper is essentially a continuous piece of fabric, there is technically one seam on the medial side of the shoe. This seam may be an issue for sockless runners.

I think we are just a few generation of shoes away before Under Armour (and/or other shoe manufactures) start churning out what are truly seamless shoes. Until then, I’m going to be a stickler about using the term “seamless”.

Let’s change the topic a little and talk about Dyneema fiber. It’s actually not a word made up to describe a woven upper for marketing purposes like “Flyknit”, “Goknit”, and “Primeknit”.

It’s a bona fide tech material that is the world’s strongest fiber! Before you go out and buy a pair to complete your battle-ready Batman suit, you should know the Dyneema fiber is woven into the upper, so it’s not 100% Dyneema.

Although the upper is not 100% Dyneema, it does get extra durability since Dyneema fiber is 15 times stronger than steel and 40% stronger than aramids (synthetic fibers).

I really wish I could throw a kilo-mile on these shoes to see if the sidewalls blow out, or of the lacing system fails, but I’ll just have to assume the use of Dyneema fiber gives these shoes a longer life.

The lacing system slips through woven loops of the upper to evenly pull the shoe together and this gives you a nice feeling fit on the sides.

Unlike Nike’s Flywire that pulls on discrete sections of the shoe, the lacing system on the Slingrides gives you a more continuous section of snugness. My only gripe with the lacing system is the padded tongue.

The base of the tongue feels like it’s slightly restricting your stride when you’re toeing off. It is just enough resistance that I’d recommend you try these shoes on a short run before buying them.

So you like the look of these shoes and don’t run more than 30 miles a week? Get these shoes then! I’m hesitant to strongly recommend these shoes to any other group because I think the slight quirks in the upper and the loose fitting heel might bug more higher mileage runners.

We thank the nice people at Under Armour for sending us a pair of SpeedForm Slingride to test. This did not influence the outcome of the review, written after running more than 50 miles in them.

Visit ShopAmazon.com
Sorry - Product not found. Please try RunningWarehouse.Com to check in their assortment.
This page contains affiliate links. As an Amazon Associate I earn from qualifying purchases.
WHERE TO BUY
LOWEST PRICE
$94