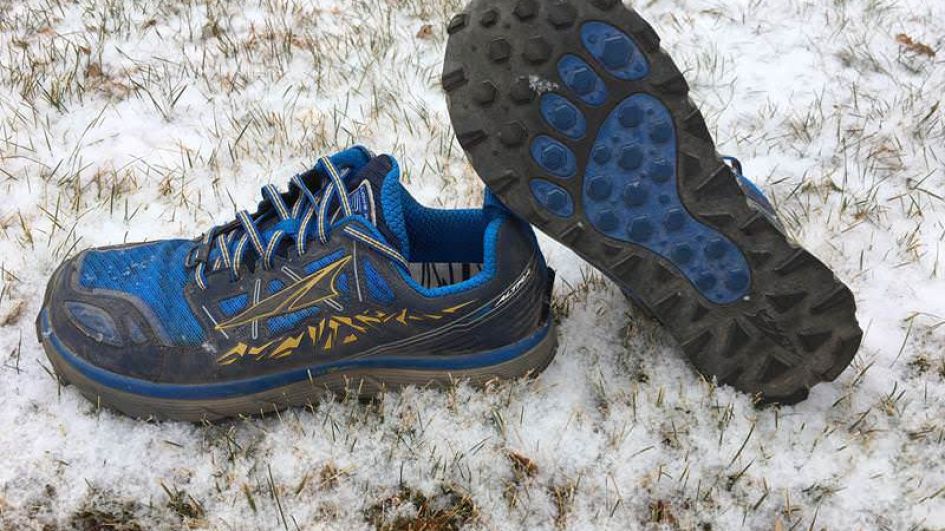 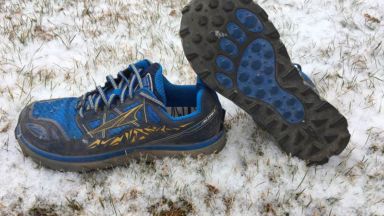 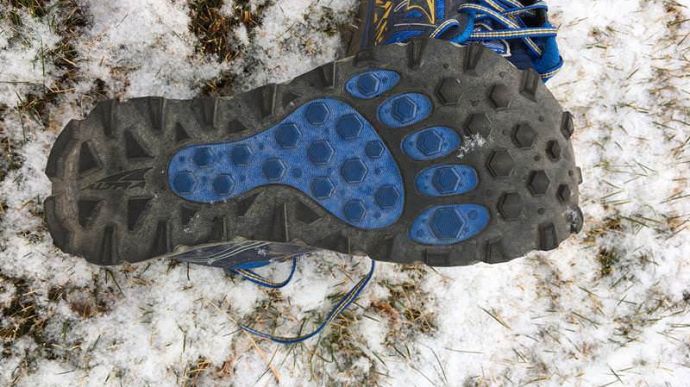 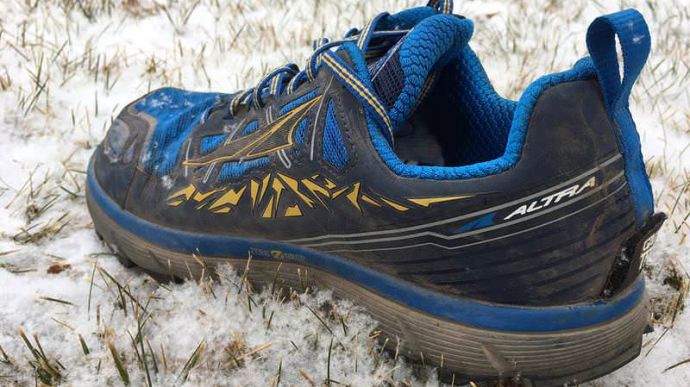 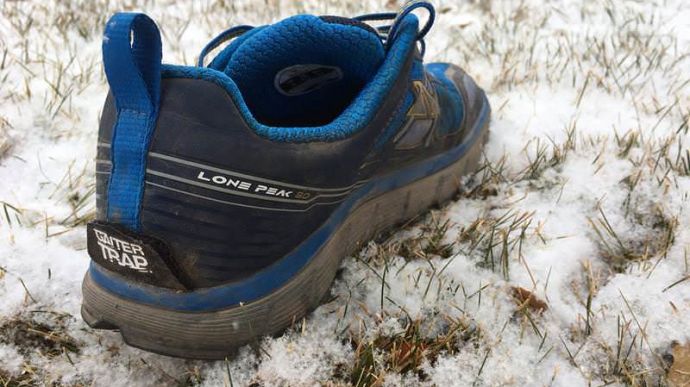 The Altra Lone Peak 3.0 is a zero drop neutral trail running shoe designed to tackle ultra distances over technical mountain terrain. While this updated version does improve upon past versions in some ways, Altra seemed to overcompensate in the design making upper somewhat overburdened.
WHERE TO BUY
LOWEST PRICE
$120
SHOE INFO
Altra
Brand
Lone Peak 3.0
Model
Trail
Type
9.70 oz. (275 gr.)
Weight
120 US$
MSRP
0 mm
Heel Drop
Oct / 2016
Release Date
WHO IS IT FOR
The Altra Lone Peak 3.0 is a neutral trail running shoe designed for long distances and featuring a zero drop platform. This is a shoe recommended for any trail runner appreciating a foot shaped toe box that allows for toe splay and plenty of room for high volume feet.
Help me choose

While this version of the Lone Peak is called the 3.0, this is actually the fifth incarnation of this beloved shoe. Many trail and ultra runners swear by the comfort, long haul cushioning, and reliability of the Lone Peak for long trail runs and 100 mile trail races.

In fact, I would say that this has been a landmark shoe in the evolution of trail running shoes. Five years ago you would find several runners sporting Altras at the beginning of any 50-100 trail race.

These days nearly a third of any field is wearing the Lone Peaks or Altras lighterweight counterpart, the Superior.

The Altra Lone Peak 3.0 is a varied surface trail shoe designed to tackle long distances on all types of trail. This is Altra’s flagship trail running shoe, sitting firmly between their maximalist Olympus model, and the more minimal Superior.

My first impressions of the Lone Peak 3.0 were very positive. I loved that they reinforced the upper of the shoe in addition to the outsole rubber.

The color ways are fantastic and this is one of the first Altra shoes I’ve worn that runs true to size out of the box.

Altra’s A-Bound midsole EVA is something to behold. Runners enjoying a soft and responsive ride will find this to be a pleasing midsole. It also holds up very well and this is a shoe that does last up to 500 miles of trail running.

That being said, many runners feel that the midsole material was decreased too much on this model of the shoe.

In order to save weight with a more built up upper, Altra decreased the zero drop stack height of the midsole from 25mm to 20mm.

While this doesn’t seem like much of a difference, runners competing at 50k to 100 miles certainly notice when the cushioning on their favorite shoe is significantly reduced.

The ride of the Lone Peak 3.0 is very smooth, but I wouldn’t call it stable on uneven terrain. While the upper manages to be fairly well locked down, the large footprint of the outsole does anything but reinforce stability.

In fact, the sandwiched rock plate in the midsole does little to inspire confidence on technical terrain.

While, in theory, this rock plate within the EVA midsole allows the foam to absorb some of the shock from rocks and uneven terrain, it also feels like the shoe craters around rocks rather than staying on top of them.

Altra has also updated the outsole of the Lone Peak 3.0, known as its Trail Claw pattern, with pentagon shaped lugs as well as multidirectional triangular lugs.

This lugging pattern provides moderate traction in dry conditions, however in wet conditions it is fairly useless.

While not made for muddy conditions per se, the Trail Claw outsole was rendered absolutely hopeless and mud cakes to the bottom of these shoes.

Many runners have complained of the lugs shearing off before 100 miles. While I haven’t experienced this myself, the Lone Peak 3.0 would not be my choice for even moderately technical terrain.

Altra is, of course, known for their wide toe boxes which are wonderfully accommodating for old, tired, arthritic, or swollen feet. Especially during an ultra marathon.

While the Lone Peak 3.0 retains this wonderful width in the toe box, the rest of the shoe doesn’t taper quite enough through the midfoot to inspire confidence.

I also felt that the placement of the lacing system caused undue stress on the metatarsal of my big toe. This became increasingly evident after runs over twenty miles.

Much of the Lone Peak 3.0s upper has been reinforced with a more burly rand as well as increased welded overlays. This was done likely in response to complaints about the last versions blowing out on the sides of the toes.

While I appreciate the tougher upper, I have two major complaints.

The first being that this shoe carries and holds onto a lot of moisture. So much so, that while wet the insole of the shoe tends to slid around and bunch up in the toe box causing pain.

Secondly, Altra sacrificed cushioning to keep the weight down on this shoe while creating a heavier upper.

I wish they had maintained the previous midsole stack heights, because at 10.4 ounces, that was a very well cushioned shoe.

I believe that I put the Altra Lone Peak 3.0 through some of the worst conditions possible while running the 2016 Bear 100. I wore the Lone Peak 3.0s for 53 miles of constant rain, four inch thick mud, snow, and rocky slop.

What I found was that the lack of stability in this upper caused my foot to move around, a lot, and eventually gave me a race ending achilles strain in the sloppy conditions.

That being said, I trained in this shoe for several months before and after the race, in good conditions, to form my opinions. I really wanted the Lone Peak 3.0 to be the culmination of everything great about past Lone Peak models.

But, I ended up somewhat disappointed by the seemingly hasty design changes they made to this shoe. The Lone Peak 3.0 remains a great neutral trail shoe that does best on dry and non technical terrain.

The fit remains wide in the forefoot, but somewhat sloppy throughout the rest of the shoe.

I will personally look forward to the next two versions of this shoe as Altra does seem to have a tendency to listen to their loyal customers which has caused a growing fan base.

We thank the nice people at Altra for sending us a pair of Lone Peak 3.0 to test. This did not influence the outcome of the review, written after running more than 50 miles in them.