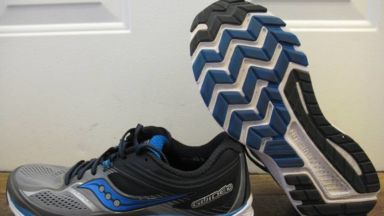 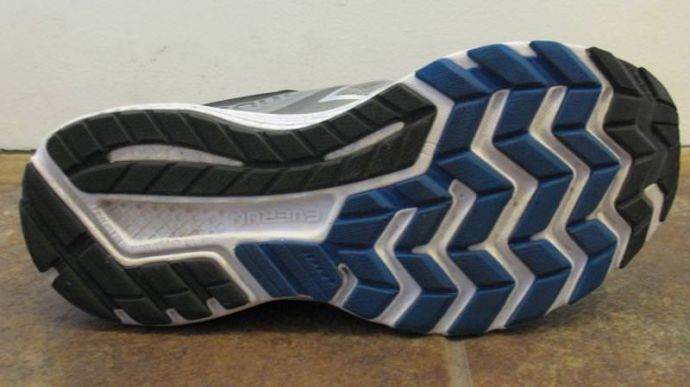 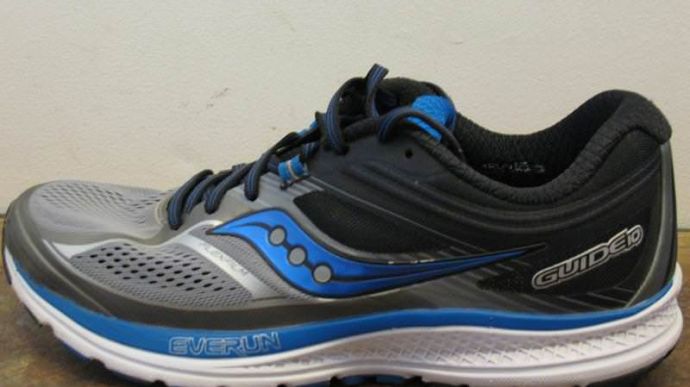 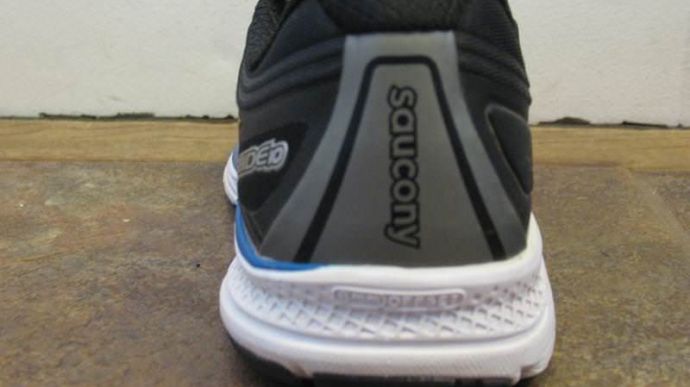 Runners will find with the guide 10 super durability, a responsive ride, and lasting comfort in a great daily supportive running shoe.
WHERE TO BUY
LOWEST PRICE
$59
SHOE INFO
Saucony
Brand
Guide 10
Model
Stability
Type
10 oz. (283 gr.)
Weight
120 US$
MSRP
8 mm
Heel Drop
Saucony Guide
Family
Oct / 2016
Release Date
Guide 9
Previous model
WHO IS IT FOR
Mild to Moderate overpronators looking for a guidance shoe that is durable, responsive, and lightweight. Perfect for half to full marathon training.
Help me choose

Saucony introduced their popular EVERUN foam last year with the Guide 9. The new technology was well-received and the 9 was a success. So, what to do with the year after a major overhaul? Not much!

Which is what Saucony has done with the Guide 10. Because why screw up a good thing, right? This newest installment has made some adjustments mainly to the upper to improve fit and reduce some weight.

The midsole of the 10 has remained practically unchanged aside from tweaking the outsole rubber.

I have run in several versions of the Guide the last being the 7 which was the last major overhaul that the shoe received. I had a good idea of what to expect.

When I received my pair the first this I noticed was the sleek and seamless upper of the shoe. I also appreciated the traditional colors of the shoe not that it makes or breaks anything it was glad that I didn’t have safety yellow staring me in the face.

Once laced up the fit was mostly comfy except for the toebox which felt a little constrictive. Taking my first steps the transition was smooth and I couldn’t wait to get out for a run.

The Sole unit of the guide 10 in terms of tooling has changed very little from the 9. The shoe still utilizes an Everun top sole that provided a nice level of springy energy return.

Saucony has modified the SSL EVA midsole which dropped the Landing Zone. This change was to provide the 10 with a more consistent underfoot feel.

Having not ran in the 9 I cannot confirm nor deny what the change did or did not accomplish. However, what I found with the 10 was a very stable shoe with perfect level of cushioning that was ideal for middle to longer distance runs.

The 8mm drop continues to produce a smooth a natural transition that propelled me to the balls of my feet.

The 10 offered the same great level of stability that I have been accustomed to with past models, but has evolved to the point that it blends so well in the transitioning of the shoe I hardly noticed it.

The Chevron shaped outsole really provides the shoe a lot of ground contact, and the deep grooves dispense a surprisingly decent amount of flexibility in the forefoot for a stability shoe.

The outsole rubber pattern has also changed by eliminating the decoupled areas along the medial and heel areas of the shoe. By design this should provide better stability to the medial side than the 9.

The upper of the Guide 10 is where most of the changes have taken place from the 9. New for this shoe is an engineered mesh upper.

The upper has built is zones of support and structure which has eliminated a lot of the overlays. There are still a few flexfilm overlays on the toebox that provide additional structure and support, but there are no stitched-on overlays to be found on the 10.

This kept the upper of the shoe lightweight by eliminating a lot of unneeded layers that rendered a breathable and secure, and adaptive fit.

Initially I found the fit was a little too secure, as I felt that the toebox of the shoe was narrow and tight. However, after a couple of runs this improved and I found it not so restrictive but am still of the opinion that a little more room in future versions won’t hurt.

Fit was also another major issue for me with the 10. I received my normal size and found it to be too small and had to have them replaced with a ½ size up. After this change the shoe was great.

It seems crazy to me that this sort of issue has surfaced with this shoe since very little has changed from the 9 which did not have a size issue. In any case make sure to either try before you buy or just buy a ½ size up.

After the complete overhaul of the Guide 9 which was as huge success it was great to see that Saucony decided make minor adjustments when they released the 10.

Despite the fit issues that I experienced the Guide 10 remains a very solid stability shoe that is durable and capable of racking up tons of miles.

I think that if most runners can get their size dialed in and can stomach the higher price tag they will find a smooth, durable, and reliably cushioned support shoe.

We thank the nice people at Saucony for sending us a pair of Guide 10 to test. This did not influence the outcome of the review, written after running more than 50 miles in them.