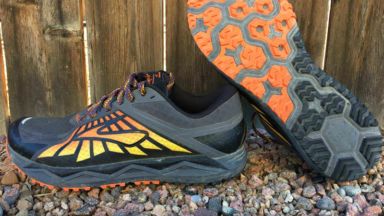 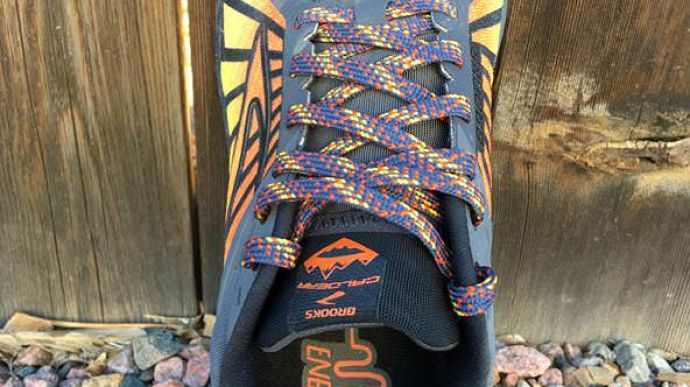 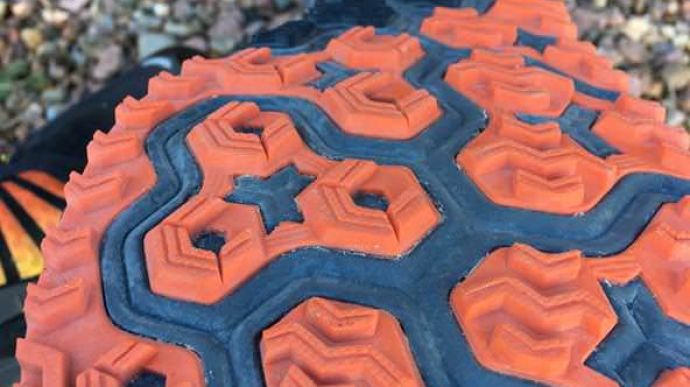 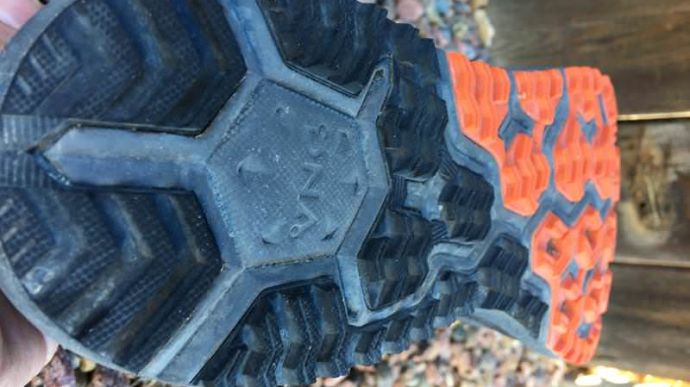 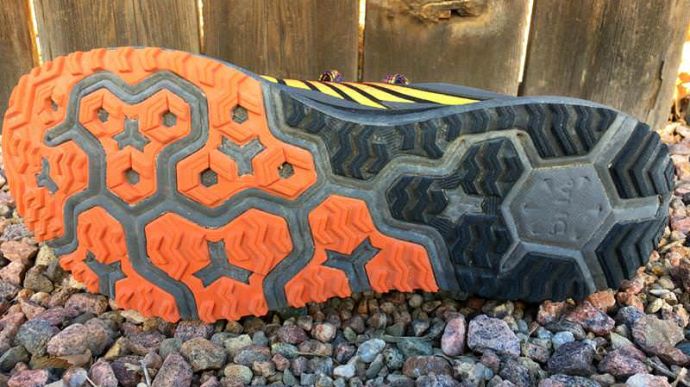 The Caldera is a new trail shoe from Brooks. The Caldera is designed to be a responsive, well-cushioned, ultra-distance trail running shoe. It is thicker under the forefoot than any other Brooks trail shoe, and features a 4mm offset.

The Caldera fills a void in the Brooks trail shoe line for something that is lighter and more flexible than the Cascadia but offers better cushioning for longer distances than the PureGrit.

When I first laid eyes on the Caldera the first thought that came to mind was “man this shoe is beefy.” Beefy to me equals heavy until I picked the shoe up and WOW! Was I surprised.

Despite its appearance, the Caldera was remarkably light thus proving the point you can’t always judge a book by its cover. Some of the other “beefy” qualities that I quickly noticed about the shoe were the choice of durable materials and structured overlays.

Other subtle features that are built into the shoe, such as the lacing garage, gaiter tab, and gusseted tongue show that careful thought and time was spent building the shoe.

The midsole of the Caldera begins with BioMoGo DNA which is thick measuring 25 mm at the heel and 21 mm in the forefoot.

The cushioning is plush for a trail shoe, not squishy, but firm and responsive enough that the shoe responded great when I wanted to push my pace, and comfortable enough for longer excursions.

Given the thick cushioning of the Caldera the shoe has no rock plate as the thick layer does an excellent job protecting feet from just about any threat the trail may present.

The Outsole of the Caldera is a medley of shallow lugs made of a sticky rubber. Despite their low profile the lugs performed great on a variety of terrain, and provided inspiring grip in wet conditions as well.

However, I will say that the Caldera outsole lacks a little when it comes to steep descents, but noting that I couldn’t deal with.

I must question the durability of the outsole a little bit given the depth of the lugs that grip may give out sooner than expected.

Time will only tell on this though. One thing that I really appreciated was the much wider outsole of this shoe which furnished outstanding stability.

The upper is constructed from a double mesh material that I found highly flexible, breathable, and provided a durable layer of protection.

Atop this mesh is a fortification of overlays that give the shoe structure and durable protection without sacrificing flexibility or feeling overbuilt like the Cascadia. While this shoe is not seamless it feels like it might as well be.

The fit of the Caldera is more of a true medium width which my narrower feet did not fill in completely, especially in the forefoot. However, you will never hear me complain about a generous toe box.

I found the extra volume noticeable when running on more technical and rocky terrain causing some minor foot slide. After running in the shoe a few times, I could anticipate it and adapt easily.

I honestly feel that this extra room is a benefit particularly when talking about ultra-distances as it allows for swell and splay.

Lacing is very secure and helped take in some of the extra volume in the midfoot. The Caldera features a gusseted tongue with a lace garage.

While laces aren’t ever really a huge area of focus, I have become particularly fond of the stretch woven ones used on the Caldera.

The Brooks Caldera should appeal to a great majority of runners largely in part to the generous amount of cushioning the shoe offers but with none of the weight.

The Caldera is what the Cascadia should be but possibly because of its faithful base has not evolved.

The Caldera is lighter, more flexible, forgiving, has a more accommodating fit making it a superb choice for those looking to ditch their relics for an upgrade.

It really is a do-everything shoe that rounds out Brooks line of trail shoes filling the need for a well cushioned, light weight, and flexible shoe making it a great choice for any runner seeking a solid every day trail / ultra-distance shoe.

We thank the nice people at Brooks for sending us a pair of Caldera to test. This did not influence the outcome of the review, written after running more than 50 miles in them.

Visit ShopRunningWarehouse.Com
This page contains affiliate links. As an Amazon Associate I earn from qualifying purchases.
WHERE TO BUY
LOWEST PRICE
$75