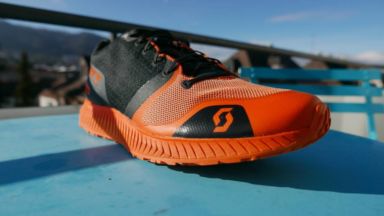 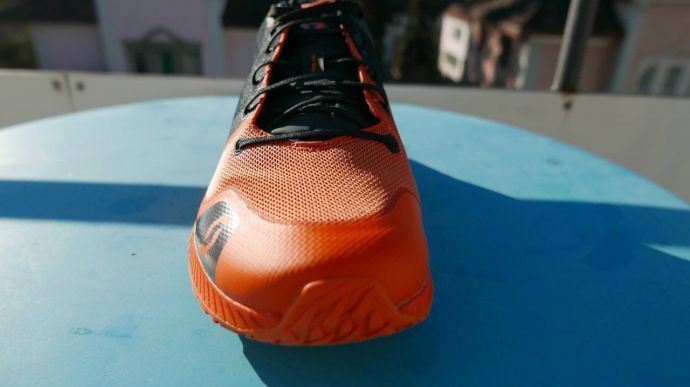 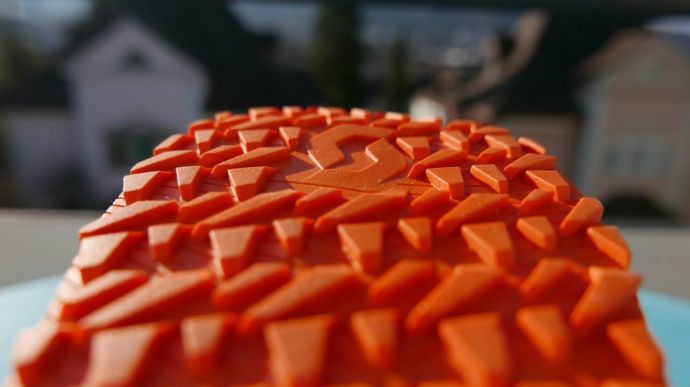 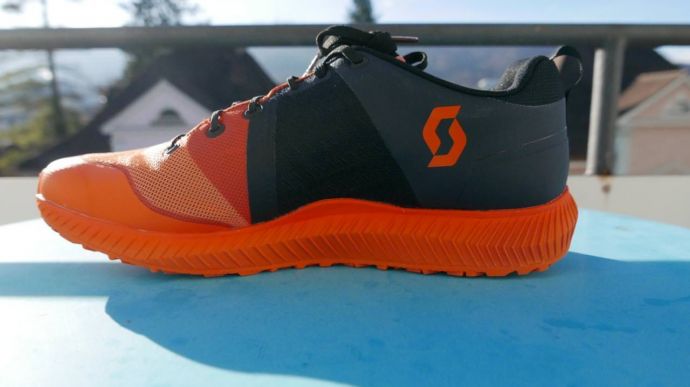 The Scott Palani is a lightweight shoe that is ideal long runs and heading onto packed trails. Racers will appreciate the shoe's velcro-like grip and cushioning. For the quality of the shoe, the price is right.
WHERE TO BUY
LOWEST PRICE
$140
SHOE INFO
Scott
Brand
Palani
Model
Cushioning
Type
8.50 oz. (241 gr.)
Weight
140 US$
MSRP
11 mm
Heel Drop
WHO IS IT FOR
The new Scott Palani is for heavier marathoners. It can also be used as a great fast training shoe.
Help me choose

I had never run with any shoes from Scott before, and while doing some research on previous models, the new Palani seems to be quite re-imagined from previous ones.

After about some 120km, I can say that I’m a fan of this shoe and will be trying other Scott footwear.

The Scott Palani is a high performance, well cushioned yet very responsive running shoe. It competes against shoes like the Adidas Adizero Adios Boost and the Saucony Fastwitch 6.

The shoes are standardly boxed. Pulling the shoes from the box, I immediately noticed how light they were for their size.

The black and orange colouring of the shoe would not be my first choice, but bright colours have become a norm in the world of running shoes.

Putting the shoe on, you immediately notice how the shoe seemingly forms to your foot. As someone with a very wide foot, it was nice to put on a shoe that fit comfortably from the start.

On my first run, the two things that stood out to me were how easy it was to lift my feet and how responsive the shoe was.

The run was slightly faster than by average for the same distance, transversing some trail and even off-trail the shoe showed how quickly you can change your mind and direction. I would credit the very smart treading.

The sole has an 11mm heel-toe drop, which is quite average for the class. It uses the Aerofoam infinity sole technology that is more condensed in the heel and becomes thinner and less dense in the toe.

According to Scott, this allows for a smooth heel-toe movement. From other reviews, this appears to be true, though so, have said that they feel that the heel is less responsive.

I’m a mid to forefoot runner and found the sole to be very responsive. On the downhill, the cushioned heel was comfortable and absorbed shocks nicely.

The uniform treading is also unique. Without any specific traction zones, I felt that the sole allowed me to run with a more natural gait.

Over time and on distance, this is usually good as you want the most comfortable run possible. The fine and alternating chevron-shaped grips act almost like velcro and grip nicely on roads, both dry and wet as well as packed trail.

Where I noticed a slight problem with the shoe was that on the inside felt like the arch was out of place.

This irritated me slightly, and I wasn’t sure if this was an issue with just my pair or in all of the shoes. I would, therefore, recommend trying the shoes on first.

The upper has been carefully constructed for with three different zones. The forefoot is a lighter mesh weaving that allows your foot to breath. I was testing these shoes in winter and did not have any issues with pirspiration.

That said, the lighter upper material is only on a relatively small part of the shoe. The midfoot has a black and more tightly woven and reinforced material.

The heel area is a continuation of the midsole material with a rubber covering. Along all of the seams and most common contact points, the shoe has rubber reinforcing, making it a very durable shoe. The heel counter is also stable and comfortable.

The rubberized tongue with its contour fit profile is very comfortable. Unlike most tongues, it does not slip right or left on longer runs but stays in place.

Two things bothered me about the Scott Palani. The first is superficial, but matters to some degree and that is the colour. Orange is too loud for me. The other was the arch problem/minor underfoot irritation.

Otherwise, the Scott Palani is a robust, well-constructed shoe for distance runners with wide feet and heavier builds.

Some reviewers have said that the shoe feels stiff. I did not find the shoe to be stiff at all, but rather wonderfully form-fitting.

When I run with a shoe I want to forget that I’m wearing the shoe, it should fit like a sock. For my wide feet, the Scott Palanis fit like that.

Today, I find that many of the best racing shoes are too flimsily built. After 200km they already start to wear, by 500km many already have a hole. The Scott Palani is built to last.

They have clearly identified the weak spots and added reinforcement. I’m quite positive that I’ll be able to get my 800km out of these.

I would be interested in trying some of their other shoes for comparison, or even a second pair of these to find out what’s going on with the irritation.

We thank the nice people at Scott for sending us a pair of Palani to test. This did not influence the outcome of the review, written after running more than 50 miles in them.