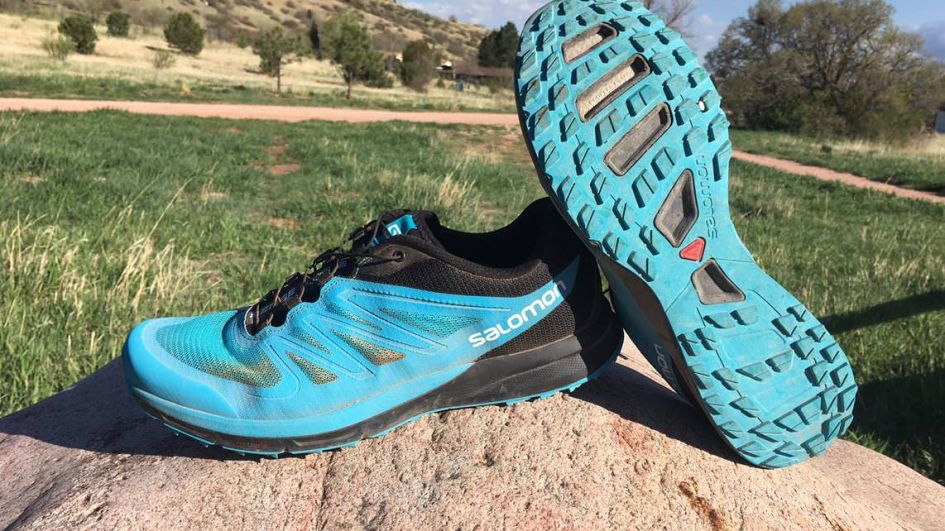 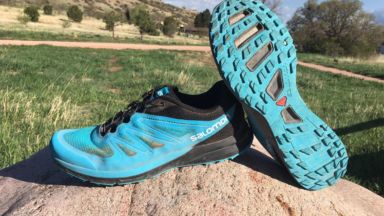 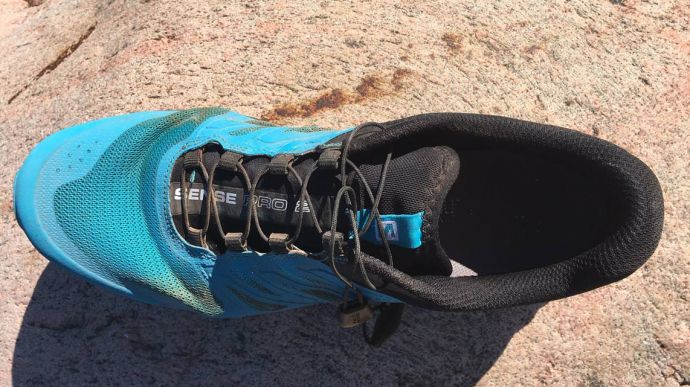 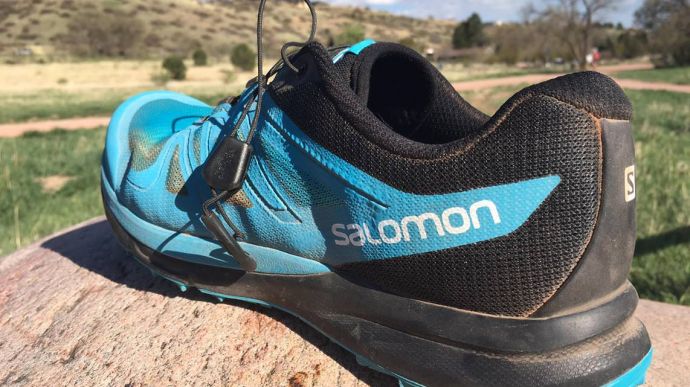 It combines some of the best design aspects of Salomon's more expensive S-Lab shoes in a fairly affordable and durable package that will work for a lot of runners in both the front and back of the pack.
WHERE TO BUY
LOWEST PRICE
$130
SHOE INFO
Salomon
Brand
Sense Pro 2
Model
Trail
Type
9.35 oz. (265 gr.)
Weight
130 US$
MSRP
6 mm
Heel Drop
Mar / 2017
Release Date
WHO IS IT FOR
The Sense Pro 2 is a lightweight neutral trail running shoe designed for runners who prefer firm, low-profile cushioning and do not need extra structural support.

This shoe works well as a road-to-trail shoe for runners looking for one shoe that can handle everything you throw at it.
Help me choose

The Salomon Sense Pro 2 is a worthy update to the original Sense Pro which debuted as the slightly more protective version of Salomon’s $180 S Lab Sense shoe designed by and for world class runner Kilian Jornet.

The popularity of the original model was well deserved as it used Salomon’s much higher end design features and materials for about fifty dollars less.

That being said, do not make the mistake of thinking of the Sense Pro 2 as a beefy or well cushioned shoe; it is still pretty minimal feeling.

In part, this is due to a very firm feel underfoot which is pretty common for a Salomon shoe and this provides both durability and great transition for faster running.

While it is easier to see the Sense Pro 2 as a built up version of Salomon’s flagship minimal shoe, the S-Lab Sense Ultra 6, it isn’t a fair comparison.

The Sense Pro 2 is a much more versatile animal. Consider that Salomon pro runner Gary Robbins wore this shoe exclusively during his Wonderland Trail 101 mile FKT in 2015.

At the same time mid-pack runners might find the Sense Pro 2 light and responsive enough to race a local trail 10k. It is that versatile.

Salomon claims to use a variety of proprietary EVA foams throughout the midsole, but the bottom line is that the Sense Pro 2 feels protective yet firm.

This is a stiff midsole, and ultimately every runner has to decide what firmness of midsole works best for them. I know runners that swear by this shoe, whereas my feet start to feel beat up in less than twenty miles in this shoe on hard ground.

However, for faster paced running this firm midsole is great. Weighing in at 9.2 ounces, with a 6mm drop, the Sense Pro 2 feels like a trail racing flat in most circumstances.

The firm cushioning is further aided by Salomon’s Pro Feel film rock plate which, in my opinion, is the best rock plate on the market for minimal protection without impeding the ride of the shoe.

Comparisons are difficult, but about the closest comparisons for cushioning with shoes from other brands would be the now discontinued Pearl Izumi Trail N1, or an Inov-8 Trailroc shoe.

The simple yet effective outsole features Salomon’s Contragrip pattern which is the exact outsole used on the S-Lab Sense Ultra 6.

While featuring minimal lugs that don’t get in the way on smooth terrain and roads, the Contragrip rubber bites well on rocky technical terrain, even when its wet.

I don’t recommend this shoe on muddy terrain as it doesn’t shed mud well at all.

The upper of the Sense Pro 2 is really where you get the feeling you are wearing a very high end trail shoe. An upper with completely welded on overlays offers protection around the rand of the shoe and in the form of a rubberized toecap.

A gusseted tongue and Endofit technology throughout the mid foot provide a very nice, hugging, feel to the mid foot and keeps the foot firmly in place on off camber terrain and steep downhills.

I really can’t say enough about Endofit as it is the best mid foot fit on the market and it doesn’t give the foot a claustrophobic feeling or cause hot spots/ overheat the feet.

The forefoot is also widened just a hair from the first version of this shoe which certainly is warranted given Salomon’s history of making very narrow shoes.

Quicklace technology uses Kevlar laces that are amazingly easy to use and adjust and the excess is housed in a lace pocket on the tongue.

Again, just one of those design features that makes Salomon stand out amongst their trail running peers.

The Salomon Sense Pro 2 is a must try shoe for any trail runner at any distance. I know runners who can spend all day in this shoe while others love to wear it for short races.

Really, the dividing line is whether or not you’re a runner who likes firm cushioning. This shoe has plenty of protection for all distances, but if you like softer, pillowy cushioning, then this shoe isn’t for you.

My hope is that the next version of this shoe will feature softer durometer midsole cushioning, a more form fitting heel, and a significantly wider forefoot.

We thank the nice people at Salomon for sending us a pair of Sense Pro 2 to test. This did not influence the outcome of the review, written after running more than 50 miles in them.