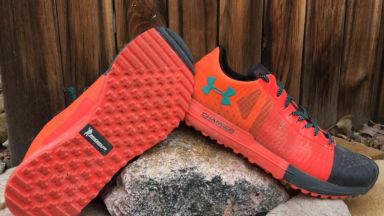 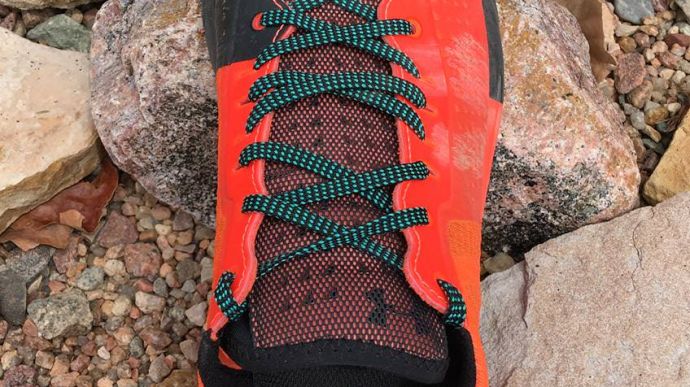 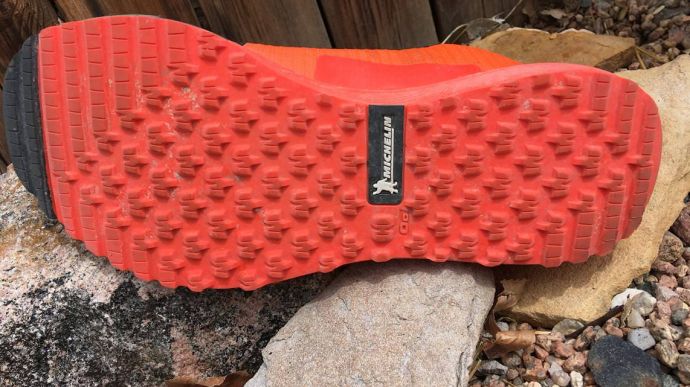 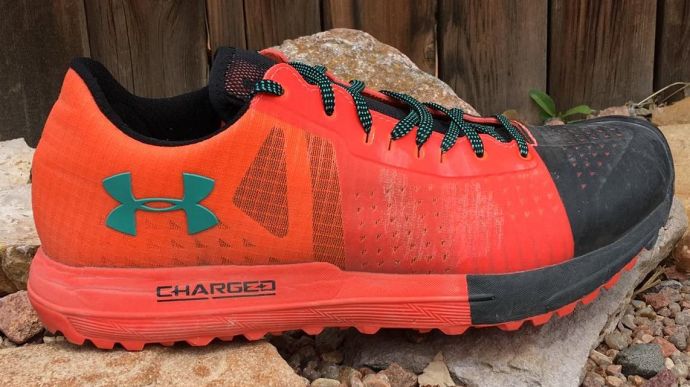 The Under Armor Horizon KTV is designed for trail speed agility and distance. The KTV initially presented a speedy nimble choice in a trail shoe, but heavy stiff upper materials make the shoe an easy one to pass on.
WHERE TO BUY
LOWEST PRICE
$130
SHOE INFO
Under Armour
Brand
Horizon KTV
Model
Trail
Type
9.80 oz. (278 gr.)
Weight
130 US$
MSRP
7 mm
Heel Drop
WHO IS IT FOR
Faster trail runners looking for a shoe that is well suited for technical terrain.
Help me choose

Some time ago Under Armor attempted to create on off road/ trail inspired shoe by introducing the Fat Tire. The shoe seemed to be less of a running shoe and more of a lightweight hiker or approach shoe which hasn’t really given the company much traction in the trail shoe running space.

This season Under Armor looks to make a serious foray into the trail shoe market with its Horizon line of trail shoes.

The 3-shoe line consists of the KTV, RTT, and STR that are designed to the fit the needs of all runners from speed, distance, or just everyday use.

The Horizon KTV is the lightest and most nimble option in the line. Developed in collaboration with pro trail runner Kyle Dietz the KTV is designed to be light and fast catering to the neutral runner.

The shoe has a precise fit with a 7mm drop and weighs in at 9.8 ounces and looks to try and compete with running performance favorites like the Brooks Mazama or Nike Terra Kiger.

Unboxing it for the first time the shoe was modestly cushioned with a heavy TPU overlaid upper that begins at the toe and extends into the midfoot.

After having the shoe on for a few minutes I was really worried about the stiffness of the upper and tongue and how my feet would respond to them.

The Horizon KTV uses a springy EVA foam that gives the shoe a consistent feel through the gait cycle. The KTV responds nicely to a faster pace as the shoes are nimble and the 7mm drop drives the foot quickly and evenly thought the cycle.

The sole is reinforced with a stone plate that does a decent job to reduce the feeling of sharp rocks while not being intrusive to the cushioning or ride.

Under Armor advertises a “Charged Foam Puck placed in the heel for responsive comfort” I am pretty sure that this is just marketing lingo as I didn’t feel anything unique to the ride of the shoe.

An aggressive Michelin rubber outsole finishes off the sole unit of the KTV. The size and spacing of the 3.5 mm lugs make them well suited for many types of terrain.

The rubber compound is nice and sticky without being overly hard or resilient which is what I have often encountered when shoe manufactures pair with a tire manufacturer.

The Directional lugs increased downhill confidence, and being cautions when bombing downhill because of a lack of traction was not as issue for me.

Here is where things get interesting with the KTV and make the shoe a difficult sell. Under Armor goes out on a limb by using monocoque construction which to the best of my knowledge is a first.

In a nut shell this is a construction technique that utilizes the external skin to support some or most of the load.

This is done by covering most the upper with a welded heavy translucent TPU material backed up with an internal fit system.

The welded overlay does provide a bombproof durable level of support and structure but makes the shoe incredibly stiff through the front half and runs hot not breathing well at all.

I did not find that material lead to any discomfort like rubbing or hotspots but that is not to say that there could be the potential for some runners which I would not find surprising.

I found the fit awkward in the metatarsal area of the toe box as this is where it would collapse and bundle up. One positive is the accommodating forefoot volume which allowed for toe splay.

The KTV has a floating tongue which is also constructed with stiff high density material. This tongue coupled with the unique extended lacing system did provide the ability for a precise fit, but again made the shoe stiff and awkward feeling across the top of the foot.

While I can appreciate the efforts and out of the box thinking of Under Armor to create a legitimate trail shoe I think that they are trying just a little bit too hard.

When It comes to the Horizon KTV I think that a less is more approach seems best. While the upper of the shoe is quite possibly the most durable I have seen the stiffness, awkward feel, and lack of breathability really take away from any positive attributes that the shoe has.

The Horizon KTV has the potential to be a shoe that could fill the niche of the fast runner or one looking for something to cover more technical terrain, but some serious redesign of the upper needs to take place before it reaches “legit” status.

We thank the nice people at Under Armour for sending us a pair of Horizon KTV to test. This did not influence the outcome of the review, written after running more than 50 miles in them.