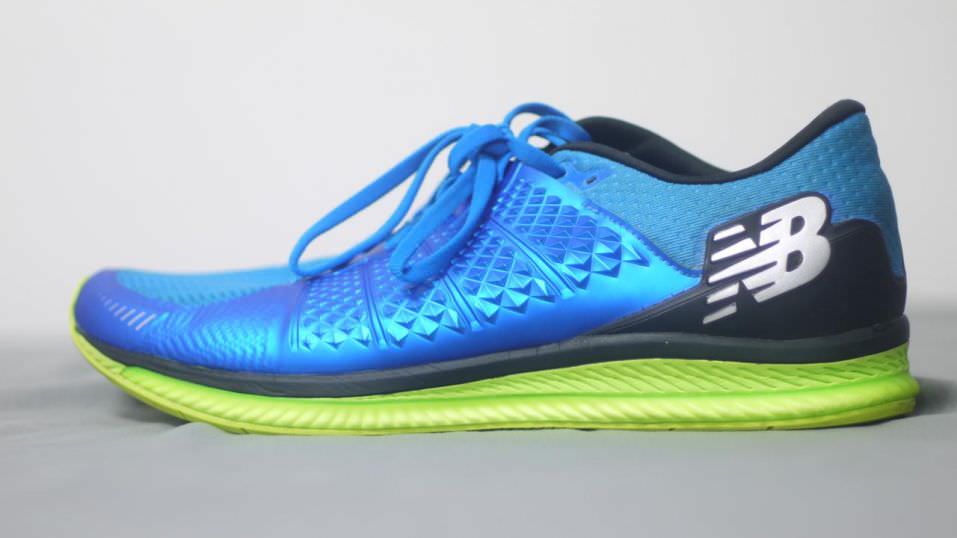 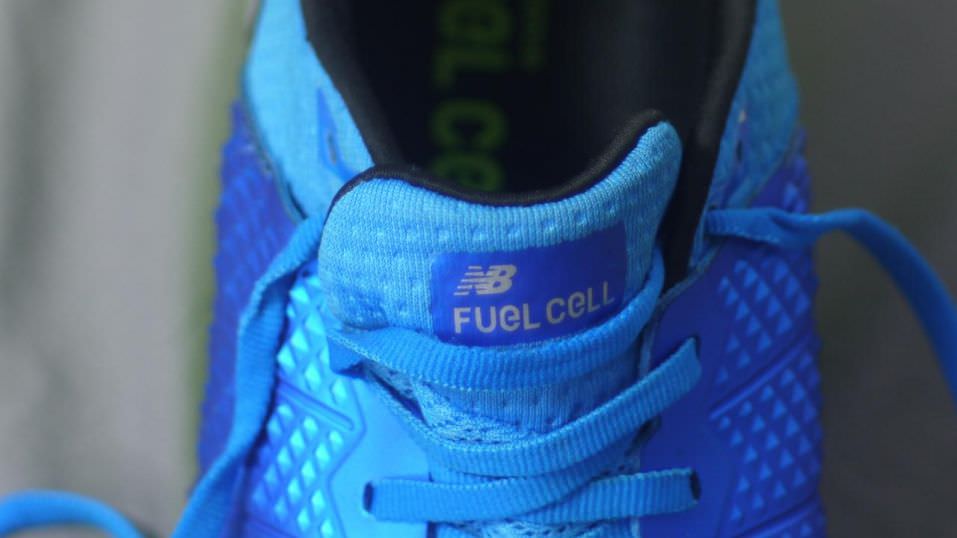 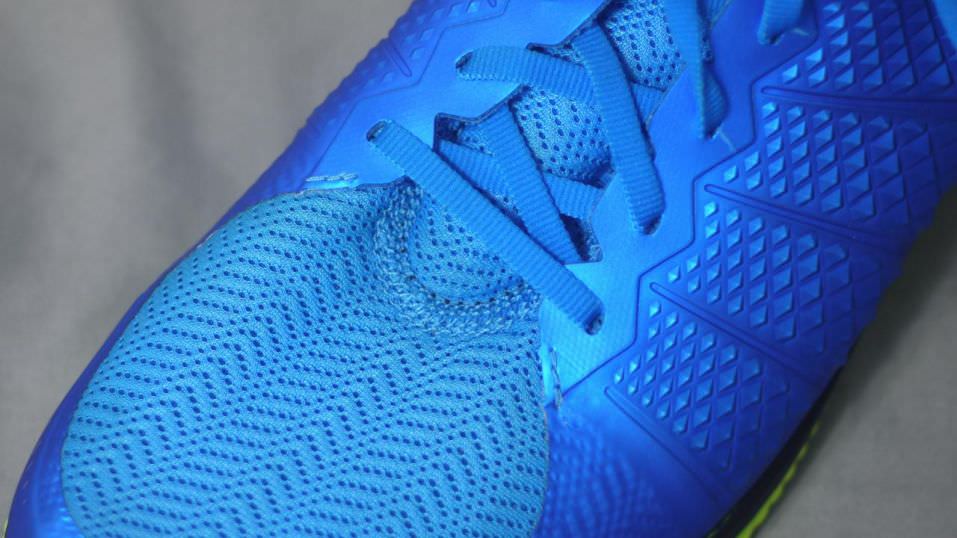 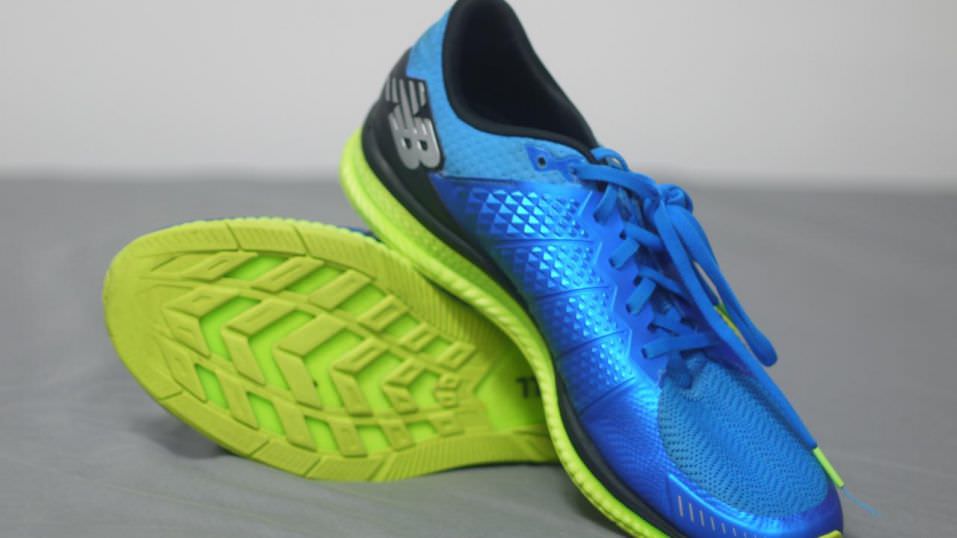 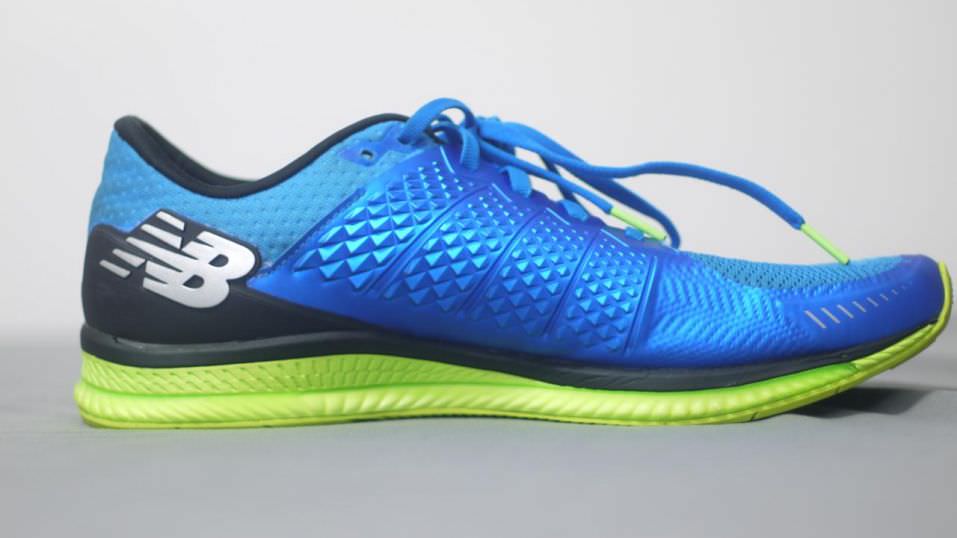 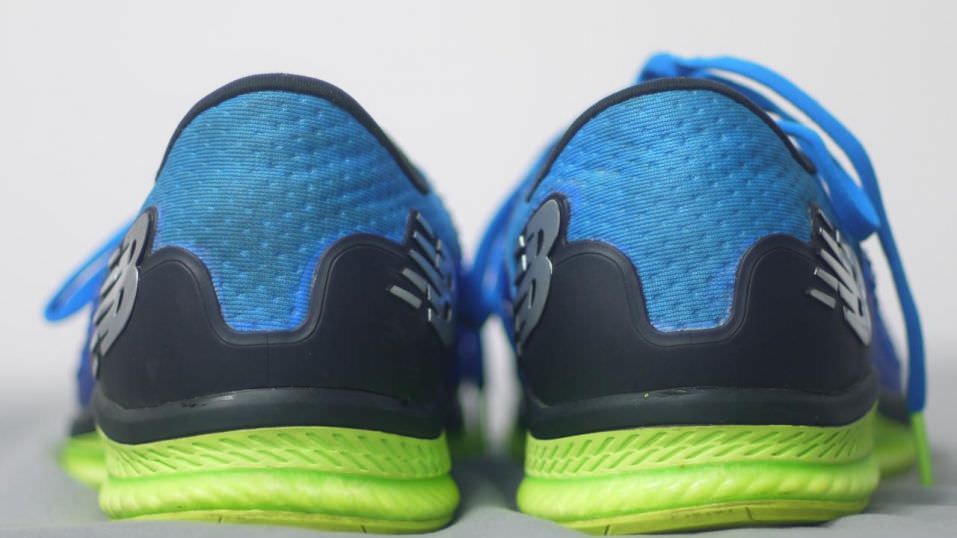 New Balance’s FuelCell shoes are great start to a new line of fast and responsive daily trainers that feature an energy efficient outsole paired with a sleek looking upper.
WHERE TO BUY
LOWEST PRICE
$26
SHOE INFO
New Balance
Brand
Fuelcell
Model
Cushioning
Type
10.70 oz. (303 gr.)
Weight
159.99 US$
MSRP
6 mm
Heel Drop
WHO IS IT FOR
This premium priced daily trainer is best for experienced who want just enough cushioning in a shoe that can provide a snug fit for both speed workouts and longer distance training sessions.
Help me choose

The use of TPU foam in the midsole sets the FuelCell shoes apart from many other shoes. This TPU foam is emerging as a the new premium midsole material and is usually found in shoe shoe manufacturer’s flagship shoes.

We learn two things about TPU from this, it makes the shoe cost more, and it causes shoe companies to mess around with CAPitaliZation when describing the shoe.

All 3 of those shoes are decent choices for experienced runners looking for a neutral daily trainer with an efficient platform.

I would say check out the Adidas or Saucony shoes though if you want a little extra cushioning over the FuelCells.

I was expecting New Balance to come out with a new collection of shoes that all featured FuelCell foam since that’s what they did when they came out with FreshFoam.

Instead, they put their new FuelCell foam into one shoe and put that shoe under the FuelCore collection of shoes. These FuelCore shoes emphasize speed, lightweight, and responsive qualities.

If you’re willing to trade off some responsiveness for cushioning, you should check out the FreshFoam shoes by New Balance.

I always try to compare new shoes to their predecessors, but you can’t do that when you’re reviewing the first of a new line of shoes!

Sometimes you’re lucky and find a strikingly similar shoe line that was discontinued at the same time the new line was introduced (like the Mizuno Wave Shadows and Sayonaras), but no dice with these FuelCell shoes.

They’re pretty gosh-darn new and don’t follow in the footsteps of any old model.

They seem to take the sleek and low-profile design of the Minimus shoes, add in the supportive and snug overlays found in the Fresh Foam Zante shoes, and place it all onto the new FuelCell foam.

Or at least that’s what I felt when I laced up the shoes for the first time before setting out on 50 miles of testing.

Judging from the design of the shoe, you’d almost think the upper was the hot reason to grab the FuelCell shoes since it looks so cool with shiny tetrahedral dimples. Nope.

When most people hear the term Fuel Cell, they’re probably thinking of your everyday electrochemical cell used to make energy by reacting hydrogen with an oxidizing agent (ok, maybe just chemists think that, but you still think “energy” when you hear “fuel cell”).

Sorry to tell you the truth, but this midsole does not create any energy. What it does do is return energy better than your standard EVA foam.

I was not able to find specifications from New Balance on this foam, but in general, TPU foam returns more energy back to the runner, lasts longer, and stays more consistent under different temperatures than your regular EVA foam.

I did find that this FuelCell foam is infused with nitrogen (versus regular air that’s already 78% nitrogen). Although this has the early signs of a marketing gimmick, it has some science to it.

Most automobile tire stores offer filling tires with nitrogen since it doesn’t leak out as quickly as regular air, and it also doesn’t expand or contract as much when compared to regular air. The effects might be hard to notice in a running shoe, but I think it’s a good thing.

“But Frank, how does it feel?” Fine, I’ll answer that instead of going on about car tires and chemistry. The midsole feels like a springy rubber.

It’s slightly firmer than other varieties of TPU foam like the BOOST or EVERUN foam, which surprised me.

That’s a good thing for runners who don’t want such a plush and cushioned ride, but it’s something to consider if you take these guys out for long runs or have a heavy foot strike.

One other design aspect you can feel right away in these shoes is the consistent flexibility of the midsole.

Since there are no plastic midsole support plates, or gaps in the rubber outsole to guide flexing, the whole sole flexes like a solid unit. It sort of reminds me of bending a big eraser.

Sitting on top of the FuelCell foam is a different type of foam that’s much harder, and on top of that is a 3mm thick Ortholite foam insole.

This upper layer foam above the FuelCell foam makes the shoes feel pretty hard compared to many other cushioned shoes, which makes me question New Balance calling this a cushioned shoe. I would personally place this shoe on the firm and responsive side.

The final part to the sole is the outsole, and it’s a simple outsole. The outsole is a single piece of rubber with an almost even thickness that stretches from heel to toe.

It doesn’t feature the same 100% coverage as some of the FreshFoam shoes since the outsole on the FuelCells has a large open channel beneath the heel, and has a few open pods exposing the midsole beneath the forefoot.

During my runs, I felt like this shoe had the right amount of traction and durability for a daily trainer used on roads, with an occasional trail thrown in. Average runners should expect this outsole to last a few hundred miles.

There’s not too much information from New Balance on this upper, besides that it’s a “all-new silhouette”.

That should be expected with a new line of shoes, but I think what New Balance really wants to say is this upper does not borrow much from their other lines and is trying a few new design choices.

One clear new design choice is that shiny tetrahedral dimpled wrap around the midfoot that I mentioned earlier. It reminds me of the ISOFit system by Saucony, since they both set out to dynamically support your feet.

This means the shoes stay tight without feeling too tight as your foot expands/contracts through your stride.

The design on the side of this wrap is mostly cosmetic, but the engineer in me says there could be some complex air-flow behaviors that reduce drag on the shoe.

Give me a wind tunnel and a lot of funding, and I’ll let you know how that goes (or you can check out the Nike Zoom Vaporfly Elites that were actually tested in a computational fluid dynamics simulation).

One thing that bugged me a little with this upper wrap is the inconsistent alignment. I noticed the wrap overlapped part of the lacing hole on one side of the shoes, so I figured I’d measure it on both parts of both shoes (top lace hole to the edge of the wrap).

Here’s what I found: left inner=12mm, left outer=12mm, right outer=11mm right inner=6mm. That 6mm difference of the left inner vs. right inner is a pretty big difference on a piece of the shoe that’s designed to hold your feet in place.

This might be due to an early production run quality issue, but I’d recommend looking over your shoes to ensure the lacing holes aren’t partially blocked by the fabric wrap.

The area around the toebox features a breathable mesh fabric, which is very important since the wraps I talked about earlier have almost zero breathability.

The mesh toebox also loses a little breathability around the sides due to thin overlays that run the perimeter of the shoe.

This is a standard tradeoff between durability and breathability/lightweight, and I think it’s at a pretty good balance in these shoes.

Rounding out the back of the shoe is the sturdy heel that features a plastic external heel counter with a spiffy New Balance logo molded into it.

Maybe it’s because I got an early production model, or maybe it’s a tricky manufacturing step, but the shoe I got had streaks of excess glue around where this heel counter attached to the rest of the shoe.

Didn’t affect the performance of the shoe though. I even abused this shoe sometimes by putting it on without untying the shoes! Don’t tell my mom.

The nice part is that the heel was resilient enough to pop back into shape without collapsing into itself. The fabric used within the heel is also a great material choice that doesn’t rub or prematurely deteriorate.

Overall, I can see myself using these as a daily trainer and I would recommend them to any runner searching for an energy efficient shoe.

However, I would strongly encourage any runner who wants this shoe to test out a competing shoe with TPU midsole foam since the top layer foam on the FuelCells is fairly stiff.

If you are the kind of person that does like this stiffer responsive ride, and want a daily trainer to last a while without compromising on style, go out and grab a pair!

We thank the nice people at New Balance for sending us a pair of Fuelcell to test. This did not influence the outcome of the review, written after running more than 50 miles in them.

Visit ShopJackRabbit
This page contains affiliate links. As an Amazon Associate I earn from qualifying purchases.
WHERE TO BUY
LOWEST PRICE
$26