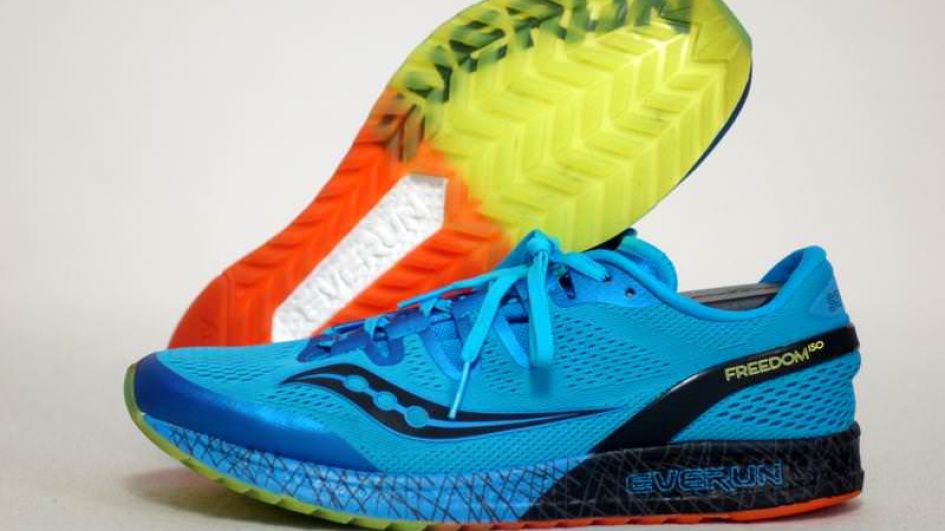 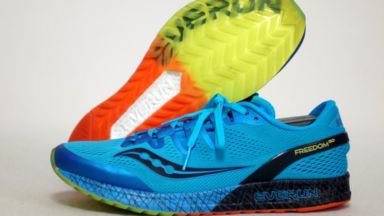 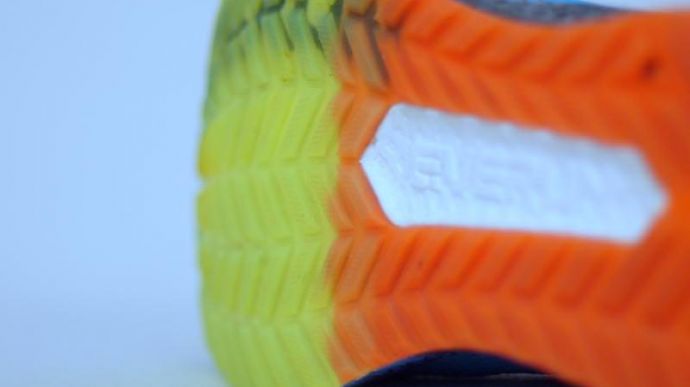 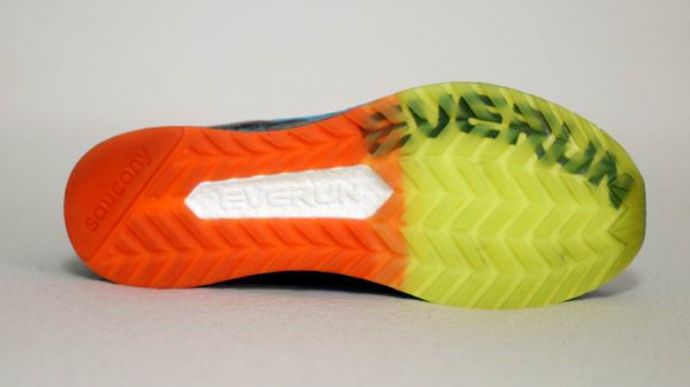 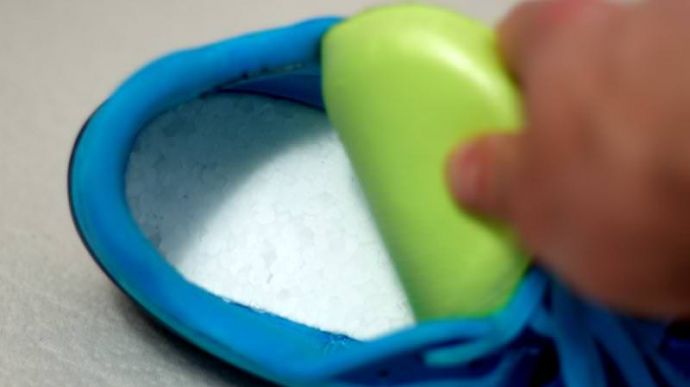 The Saucony Freedom ISO is the first in an exciting new line of shoes designed to provide runners of all levels a snappy shoe that feels as responsive after 500 miles as it did when it had 5 miles on it.
WHERE TO BUY
LOWEST PRICE
$30
SHOE INFO
Saucony
Brand
Freedom ISO
Model
Lightweight
Type
9 oz. (255 gr.)
Weight
160 US$
MSRP
19 mm
Heel
4 mm
Heel Drop
Mar / 2017
Release Date
WHO IS IT FOR
The Saucony Freedom ISO is a fast daily trainer that also fits well as a shoe for tempo runs and long races. Due to the higher price point and set of new features, this shoe is better suited for experienced runners.
Help me choose

The Saucony Freedom ISO is part of the ISO line of shoes by Saucony. These ISO shoes (Hurricane, Zealot and Triumph) utilize ISOFIT technology, designed to give you a very comfortable fit.

The Freedom line is a new line of shoes from Saucony that are designed to push the limits of energy return, responsiveness, and cushioning.

This shoe features a 19mm heel and 15mm forefoot for a 4mm heel to toe drop. At 9oz, it places itself on the lighter end of the shoe-weight spectrum.

It seems like Saucony’s first goal was to make this shoe eye-catching without looking ridiculous. I got a pair in what I would call “bright-toner-cyan with a dual-highlighter outsole”.

Saucony also offers them in a more toned down charcoal color, and a toned-up orange and yellow color set.

Normally, I start this section comparing the shoe to the previous model. Can’t do that here since this is the first of a kind for Saucony.

However, if we look back to 1983, Saucony did have a little something called the Freedom Trainer that was “one of the most innovated and advanced running shoes of the era”-Saucony.

That’s not just Saucony tooting their own horn, the Freedom Trainer was a groundbreaking shoe that could still hold itself against some modern running shoes.

That’s why Saucony picked the name “Freedom” for this new innovative trainer since they hope this new line of shoes will be equally innovative and advanced.

The Freedom ISO fits in almost like a stronger big brother to the Saucony Kinvara 7s, where it’s a little heavier, but much more durable, responsive, and more trustworthy in the long run.

The 4mm drop with the plush ride puts it as a competitor to the Saucony Zealots, but at a higher price point. What makes the Freedom ISO so different from all the other Saucony shoes is the full length EVERUN foam.

No other Saucony shoe has that. Hardly any other shoe manufacturer has a full length TPU (stuff that makes EVERUN) midsole for that matter.

If you are looking for a good shoe to compare these to, I’d recommend something with Adidas Boost foam such as the Adidas Adizero Boston 6 shoes.

Also, I always liked flashy blue, but never had a pair of shoes dripping with the color. I tightened them up all the way, did a handful of miles that felt super responsive, then tightened them up even more before finishing my first run because tighter=better. Right?

I might have been a little too eager to lace them up because I ended up with some slightly bruised spots at the edges of my pinkie toes.

Not a negative point towards the shoes though, this was all on me since I wanted to push them past their limits. As you can already tell, I liked these shoes.

This is why you’re buying the shoe. This is what Saucony is excited about. This is a full-length EVERUN midsole. I keep saying that, so what does it mean?

Well, EVERUN is Saucony’s name for their TPU foam midsole that gives runners 83% energy return, and be 3x more durability than EVA foam. It also keeps its cushioning better at lower temperatures than other foams.

Adidas used to have this market pretty much to themselves with their Boost foam since Adidas was really the only big shoe manufacturer with TPU foam as their main midsole ingredient.

Now Saucony is in that game, and the results are noticeable. The shoes feel peppy and resilient, even during one of my colder runs at 10F (-12C). I have to be a little careful praising EVERUN foam.

It is much better than EVA, and better than a lot of other proprietary foams from other shoe manufacturers out there, but it will not give you incredible performance gains. That’s what hill workouts are for.

Speaking of hills, you might be wary of grabbing these shoes because they’re not the lightest out there and you don’t want to be carrying around those extra few ounces.

Well, unless I was racing, I’d pick these shoes with EVERUN over a pair that was 4-5 ounces lighter that used EVA. That should hopefully put the benefits of the midsole foam into perspective.

One last note on EVERUN use in this shoe: Saucony slapped another layer below the insole, as a type of topsole for even more cushioning.

I loved this little extra bit of EVERUN beneath the insole because it did add a little more cushioning, and it also kept the insole stuck to the shoe. No sloppy insole movement, unlike the Nike Free RN Motion Flyknit shoes I tested a few months ago.

Finishing out the sole is another new piece of running tech from Saucony. It’s “crystal rubber”, which is a transparent durable rubber.

It feels more durable than blown rubber, so I think Saucony’s letting the EVERUN foam take the shock, and the crystal rubber take the abrasion.

The nearly continuous piece of this rubber on the outsole reminds me of New Balance’s approach to outsoles on their Fresh Foam shoes like the Fresh Foam Vongo.

It’s actually unusual to see Saucony ditch their spaced out Tri-Flex outsole design that’s used in most of their other shoes like the Zealots for this continuous patch of rubber.

One reason for not exposing much foam on the bottom of the Freedom ISO shoes could be to keep the shoe a little more rigid during a heel-toe transition.

Whatever real reason is, I think Saucony made the right choice because the ride feels very stable and responsive.

I’m so glad Saucony didn’t mess this part up. It would have been a tragedy if this fantastic sole paired with a less than stellar upper. So what makes this upper so great?

Saucony tuned their ISOFIT system into a leaner package that gives you the same familiar snug fit, but without the bulkier overlays.

You’re getting laces that pull firmly against the sidewalls of the shoe, and a comfortable tongue that disappears into the final fit.

Saucony also threw in some clear and chic barely noticeable letters that spell out ISOFIT near the lacing holes.

Another spiffy design move Saucony made with the upper was the triple combination of reflective material, color, and logo.

The Saucony S on the sides and the “Saucony” label on the back of the shoe reflect back as crisp blue accents. The styling reminded me of Zante V2 by New Balance.

The material of the upper is mostly a very breathable fabric with just a few overlays for style and a reinforced edge around the perimeter of the toe.

The upper stays pretty quiet in terms of design, with just a thin plastic band near the heel that breaks the otherwise smooth flow of the fabric upper so you can have a little more support in the heel.

That plastic piece provides barely enough support for the heel since I noticed my heel started to slightly sag after 30 miles. That’s more of an aesthetics issue since the shoes still felt pretty great.

The Saucony Freedom ISO is a nimble shoe ready to make changes in the running world. It features a full-length EVERUN midsole, a snug ISOFIT system, an eye-catching design, and comes in at a premium price for premium tech.

There’s almost nothing to complain about in this shoe, which makes it one of my my go-to recommendations for anyone looking for a neutral daily trainer.

If you’re ok with the price and previously do well with Saucony shoes, this is a no-brainer purchase.

We thank the nice people at Saucony for sending us a pair of Freedom ISO to test. This did not influence the outcome of the review, written after running more than 50 miles in them.

Visit ShopAmazon.com
This page contains affiliate links. As an Amazon Associate I earn from qualifying purchases.
WHERE TO BUY
LOWEST PRICE
$30