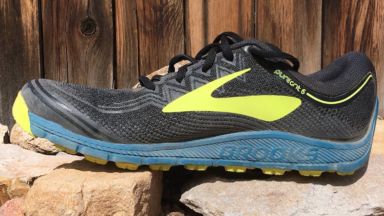 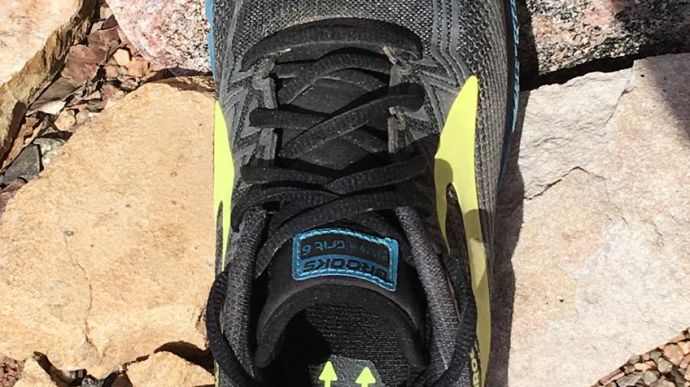 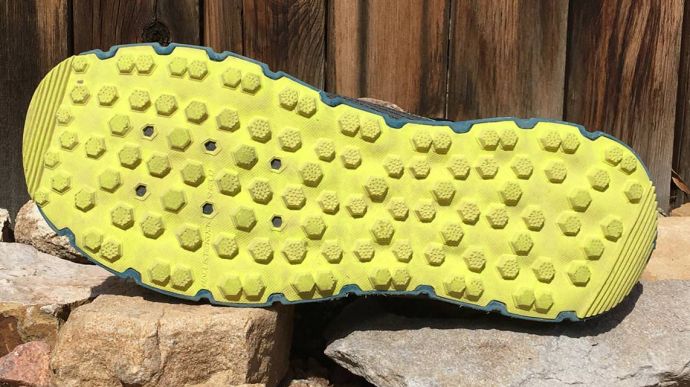 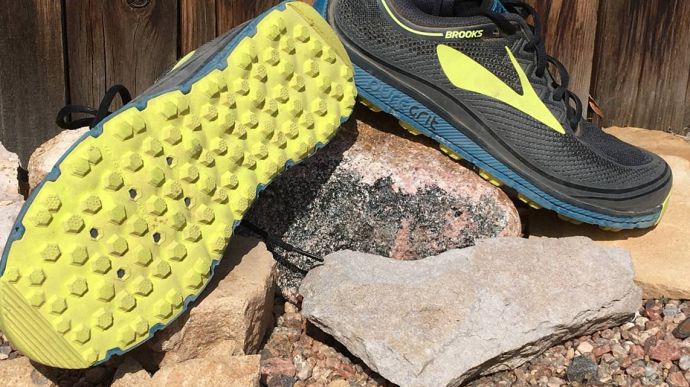 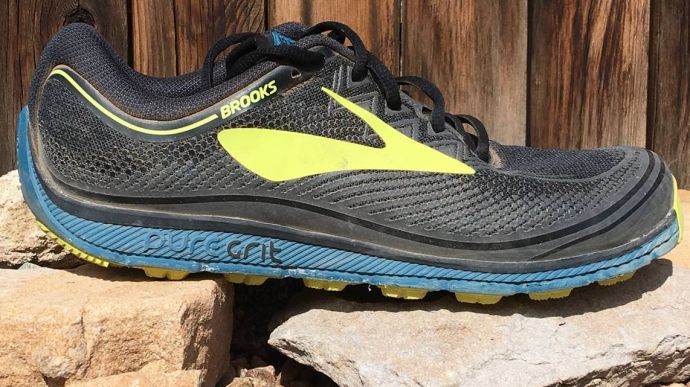 The PureGrit 6 is a super neutral all-purpose trail shoe that can handle a wide variety of terrain and at just about any speed.
WHERE TO BUY
LOWEST PRICE
$120
SHOE INFO
Brooks
Brand
PureGrit 6
Model
Trail
Type
oz. (0 gr.)
Weight
120 US$
MSRP
4 mm
Heel Drop
PureGrit 5
Previous model
WHO IS IT FOR
Runners wanting or prefer a lower profile shoe that is firm and responsive. The PureGrit 6 is a great all-purpose trail shoe capable of handling anything you put beneath it.
Help me choose

Many runners have now come to recognize the PureGrit as a natural running engineered shoe that rounds out Brooks trail lineup.

The shoe has begun to gain a lot of popularity not only for its natural biomechanics but also its adaptable cushioning and faster feel.

The PureGrit 6 is a shoe that a runner can wear road to trail, short road, daily but also feel confident as a good ½ or marathon race day choice.

For the sixth iteration, Brooks has decided to overhaul the upper while maintaining the same outsole and midsole design keeping the familiar natural ride from previous versions.

The redesigned 6 has dropped slightly in weight from the 5 and further increased its flexibility and stability. Comparable shoes on the market would be the Saucony Koa TR and Salomon Sense Ride.

Brooks continues with its BioMoGo DNA midsole which provides a firm and responsive ride while continuing to be adaptive and feel natural underfoot. The flexible rock plate dispersed impact well without feeling intrusive.

The PureGrit 6 is super stable making it well suited for mild to moderately technical trail, but is a bit sloppy when it comes to more technical or off camber pursuits.

The 3D hex lug that has worked so well in many of the past versions continues its path into the 6.

The hexagonal lugs provide solid traction on just about any terrain and the spacing makes running on paved surfaces for short distances not a problem. While it’s not the most ideal shoe for muddy conditions I am not sure I know of many that are.

The Upper is where most of the change has come to the PureGrit 6. The upper has a new cloth-like mesh fabric that breathes and ventilates effectively and so far, has proven very durable.

3D printed overlays are now utilized to give the shoe structure and support where needed. The last also seems slightly wider and more rounded through the forefoot opening it up and making far more comfortable than previous versions.

Another new feature is the use of a mesh strobel board that reduces weight and increases flexibility and proprioception.

I was happy to see the PureGrit 6 replace the flat tongue and sparse lacing system of the 5 with a traditional gusseted tongue and lace system that makes it far easier to adjust the fit.

A lacing garage has also been added at the top of the tongue, but if you are like me are too forgetful to ever use it.

I don’t think that I can state enough what a great versatile trail shoe the PureGrit 6 is, and a must try for runners. The shoe is not only suited for daily runs but would also be a reasonable choice for almost any race.

Brooks has done a fantastic job evolving the PureGrit tweaking or changing what doesn’t work and leaving what does alone making the 6 the best fitting and performing version that I have run in thus far.

The only thing that would deter a runner from choosing this shoe would be if you prefer softer cushioning, then this is not the shoe for you. Possibly this may be something to look forward to in future versions.

We thank the nice people at Brooks for sending us a pair of PureGrit 6 to test. This did not influence the outcome of the review, written after running more than 50 miles in them.