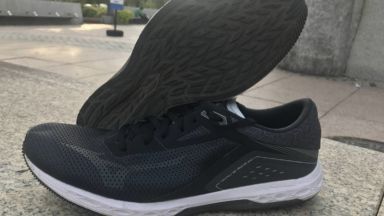 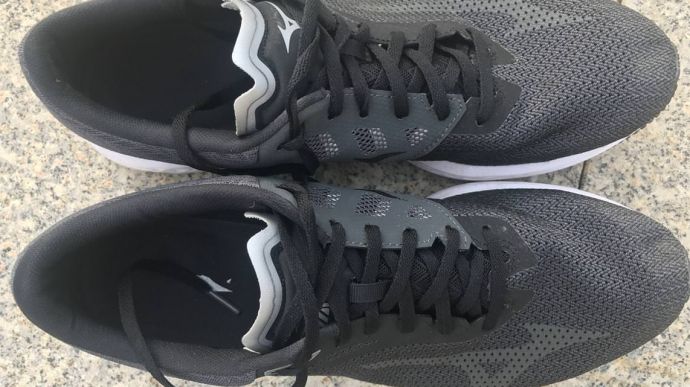 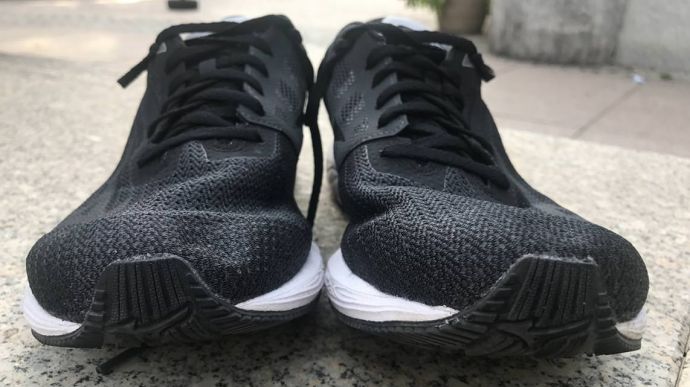 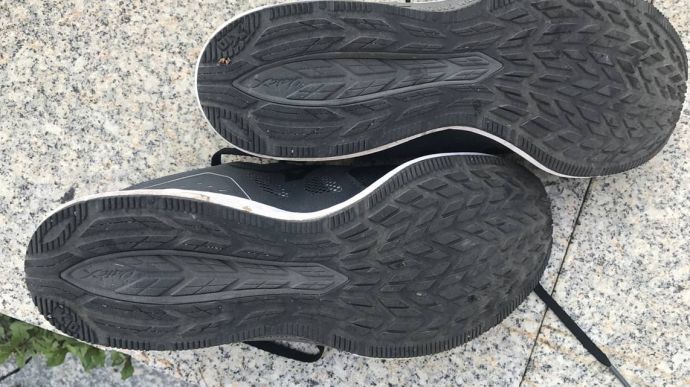 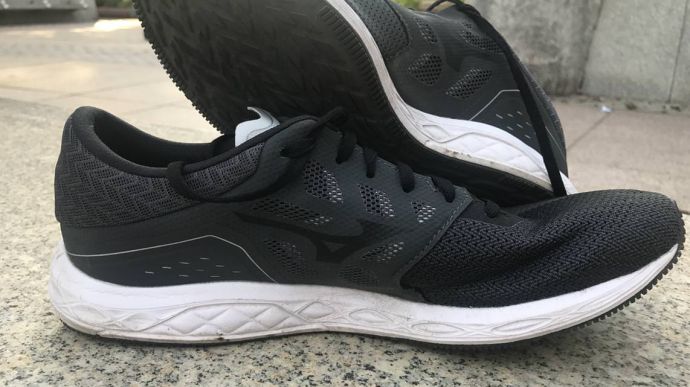 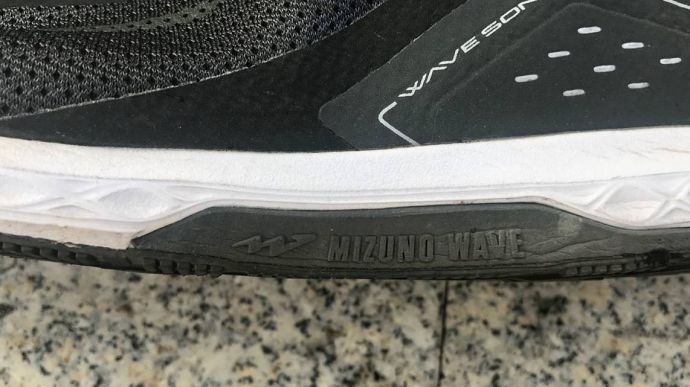 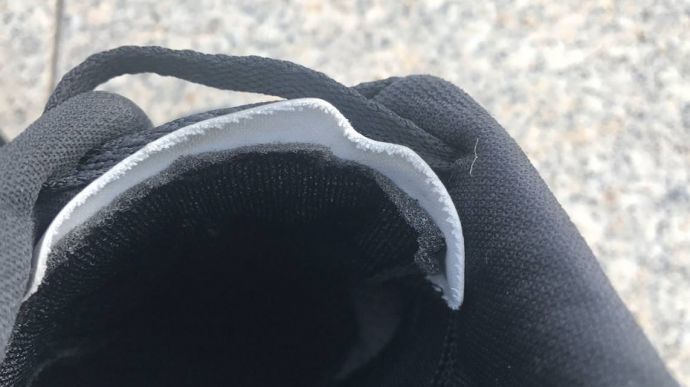 The Mizuno Wave Sonic is a new edition to their racing line up that will eventually become the only racing option that Mizuno offers.

While it is affordable and is very durable for a racing shoe, it does not feel as fast as other racing options on the market.
WHERE TO BUY
LOWEST PRICE
$93
SHOE INFO
Mizuno
Brand
Wave Sonic
Model
Racing
Type
7.80 oz. (221 gr.)
Weight
100 US$
MSRP
4 mm
Heel Drop
Jul / 2017
Release Date
WHO IS IT FOR
The Mizuno Wave Sonic is recommended to runners who want a racing shoe with a low drop and more stability then the average flat. It can appeal to runners who want a flat at an affordable price and can be used for the 10K to half-marathon distance.
Help me choose

The Mizuno Wave Sonic is a new racing flat that will eventually replace the Ekiden and Hitogami lines. It features a natural feel with a 4mm drop and is intended to be used for races and speed based workouts.

While it offers some positives such as the stability and a low heel-toe drop, it falls short in the snappy fast feeling one would expect from a racing shoe.

The Wave Sonic does not contain an actual plastic wave plate like the Ekiden, Hitogami and most Mizuno shoes but uses different density foams with the U4icX foam in a wave construction throughout the shoe to create the same effect.

Thus, as expected for a shoe by Mizuno, there is an inherent stability found in the wave Sonic that does not exist in most racing flats.

Since the Ekiden and Hitogami will both be discontinued as a Mizuno shoe, the Wave Sonic will be the feature racing flat.

It is intended to compete with other flats such as the Asics GEL-DS Racer 11, Adidas adios boost 3, and with the stability features New Balance 1500v3.

The testing of the Sonic was done primary as a shoe used for tempo and interval workouts on the road and on a track.

Prior to receiving them, I had intended to use these shoes for a 10K race but as the wave Sonic fell short of my personal expectation and preferences, I admittedly opted for another shoe instead.

Out of the box the Wave Sonic looked fast and sleek at first. The low profile gives the visual of a no-nonsense shoe that equals pure speed.

When I went to slip the shoes on the first time it was snug, especially around the mid-foot, but not constrictive. The inside of the tongue however had some foam padding stitched onto it and completely exposed to the foot.

On one hand the shoe comes in at an affordable $100, on another it made the shoe feel cheap and reminded me of a cheap Halloween costume foam interior.

The first run was uneventful from a positive or a negative standpoint. The traction of the shoe felt good on the road, the upper felt comfortable, but the shoe seemed to lack the snappiness and fast feeling of most racing flats.

I enjoyed the lower drop and close to ground feel of the shoe. As well the stability features of the shoe could be felt in my arch where the Mizuno Wave Sonic is very firm.

Not on the first run, but on some of my runs with the wave Sonic I felt soreness in my feet during and after the runs. This seemed to coincide with the area of the mid-foot that is firmer then the heel and forefoot.

The sole unit of the Wave Sonic features the U4icX foam, which was light and firm. Mizuno describes this foam to deliver a cushioned ride with higher rebound for a comfortable energized ride.

More of the U4icX foam would likely provide the cushioned feeling that Mizuno describes. Though the shoe was already heavier than most flats I felt that a little more foam in the shoe would create a better ride and feeling, especially as my feet would get sore in some runs.

The outsole of the shoe contains the Mizuno X10 carbon rubber and is the star of this shoe.

The Mizuno Wave Sonic is much more durable then most racing flats and that durability promotes using the shoe for more workouts then a typical racing shoe.

The durability will not get you to the 300-400 miles most people expect out of a shoe but certainly will stretch the life of this flat longer than most.

The outsole design has a zigzag pattern which provides sufficient traction on the road and holds up well through wear and tear.

The upper of the wave Sonic has seamless overlays and it is supposed to have a “sock-like construction” according to the Mizuno definition.

The upper did not feel sock-like when compared to other shoes that are supposed to have that feeling; however it creates a comfortable snug fit in the midsole with plenty of room in the forefoot for toes to splay and feet to expand while running.

The Mizuno logo is printed directly on the upper to not create excess weight or seams. The exposed padding on the inside of the tongue is certainly a mental gripe more then physical.

The upper is comfortable, yet having that exposed material just makes the shoe feel cheap every time you slip them on.

In my opinion the Mizuno Wave Sonic is neither good nor bad. It is durable and fits well around the foot but it does not give the feeling of speed and that racing flat pop that people look for.

And if the purpose of buying the Sonic is as a racing flat, then the feel for speed should be the number one most important metric.

I find this shoe actually makes its niche as a workout shoe with some stability features and a low heel toe drop rather then a racing flat.

The affordability of the Wave Sonic is nice for the durability that comes with it.

Unless having a lower heel –toe offset is important to you, if you are a fan of the Hitogami as your preferred race day shoe then you should be looking to get a pair before the Wave Sonic is the only Mizuno option.

We purchased a pair of Mizuno Wave Sonic from runningwarehouse using our own money. This did not influence the outcome of this review, written after running more than 50 miles in them.

Visit ShopAmazon.com
This page contains affiliate links. As an Amazon Associate I earn from qualifying purchases.
WHERE TO BUY
LOWEST PRICE
$93