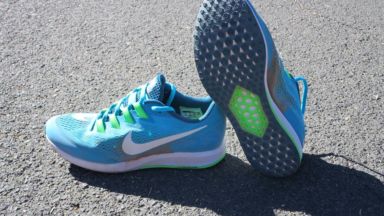 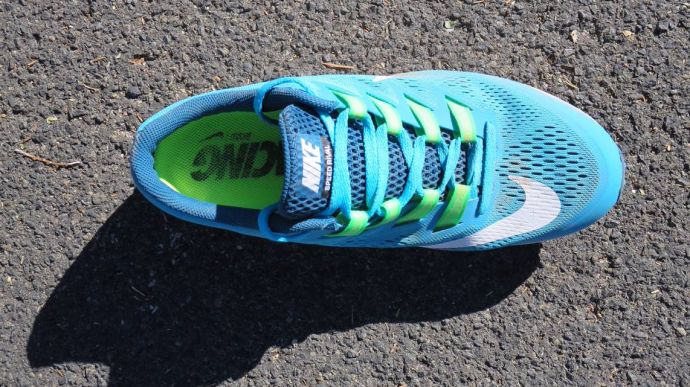 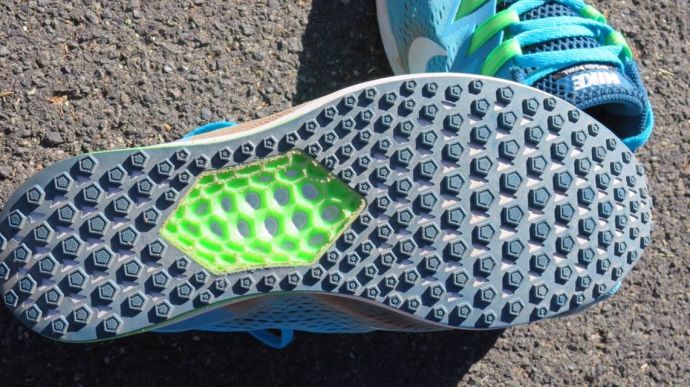 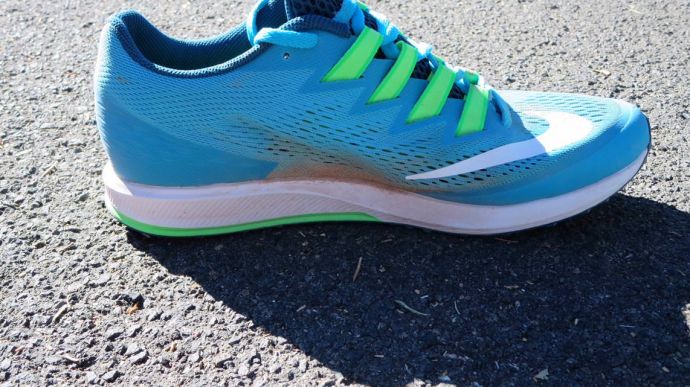 The Nike Speed Rival 6 is a well cushioned and durable racing flat with an entry level price, but not entry level features. This is a great flat for runners wanting a bit more room in their racing shoes throughout the mid foot and toe box.
WHERE TO BUY
LOWEST PRICE
$80
SHOE INFO
Nike
Brand
Speed Rival 6
Model
Racing
Type
oz. (0 gr.)
Weight
80 US$
MSRP
Apr / 2017
Release Date
WHO IS IT FOR
Although this is a great first time racing flat for newer runners looking to PR in their next 10k, the Speed Rival 6 would work well for serious runners, or those on a budget, who are looking for a do-everything racing flat.
Help me choose

Being a runner who is rapidly approaching age forty, I have a love/hate relationship with racing flats. Gone are days when I could simply buy the absolute lightest flat on the market and stretch the distance the shoe was intended for.

These days, I look for racing flats with a decent amount of cushion, especially in the forefoot, and a bit of stability for the longer distances.

Given the price of the Nike Speed Rival 6, I imagined a flat feeling entry level shoe for fast young runners on a budget.

However, after my first workout in the shoe I was pleasantly surprised by the roomy fit of the shoe as my feet didn’t feel as beat up as they normally do after a longer effort in racing shoes.

The Speed Rival 6 continued to impress after using it in multiple races, on both road and trail, and it seems that the shoe has plenty more running in it.

The Nike Speed Rival 6 is a modestly priced racing shoe designed to tackle all road distances up to the marathon.

It sits in the middle of Nike’s racing shoe line, not being as minimal as the Zoom Streak, and far less cushioned than the elusive Vaporfly 4% (which will set you back a cool $250, if you can find some).

I feel that the Rival 6 most closely compares to the Zoom Elite 9 in the Nike line, but the Rival 6 does not have Zoom Air in the forefoot.

My first impression upon unboxing this shoe and trying them on was that the fit was sloppy. Originally intended for the Asian market, the shoe does seem to feature a tad bit wider Asian last (this is unconfirmed).

However, despite this odd feel, and the fat look from the top o the shoe, it performed very well on my first run in them, and has ever since.

It is always hard to compare shoes across brands, but this is a racing flat aimed at the marathon distance. At just over 7 ounces for my size 10, it most closely resembles the Adidas Adios, New Balance 1400v4, and the Asics LyteRacer.

When I look at the outsole of a racing flat, ideally I want as much sticky rubber surface area contact with the ground.

Many companies will try and eliminate weight by taking cutouts from the outsole, and I’ve found that without that full contact with the ground the shoe feels wonky.

The Speed Rival 6’s waffle outsole is made of sticky carbon rubber with little pentagonal lugs that grip every surface well, even mellow trails.

A hexagonal plate in the midsole provides some torsional rigidity but also some snap throughout the transition from strike to toe off. The midsole is comprised of Nike’s Cushlon LT foam with a Zoom Air pod in the heel.

I am usually partial to Nike shoe with Zoom Air in the forefoot, but I didn’t have a problem with the forefoot feel of this shoe which is firm, but rather forgiving due to a healthy stack height of 26mm in the heel and 16mm in the forefoot giving the shoe a 10mm drop.

Again, typically I like a lower drop in racing shoes, but the Rival 6 felt a lot more like a 6-8mm drop at racing speeds.

The ride and feel of this shoe is responsive, but not too firm. The TPU shank in the midsole does make the Speed Rival transition very quickly, and it feels snappy.

The upper of the Speed Rival 6 is a bit bizarre. The shoe literally looks fat on the foot when looking down at it. If you can get over the weird look of the upper then you’re probably going to enjoy the overall fit.

Engineered mesh covers the entirety of the upper and is aided by mid foot straps that are incorporated into the lacing system.

Even when lacing them tight I felt that the mid foot was a bit sloppy. However, I didn’t notice it when running fast and the fit feels comfortable.

I was also a bit bothered by the aggressive taper of the toe box. Initially, I was worried that this would bother my big toe which has suffered from hallux rigidus, but the toe box on the Speed Rival 6 is wide enough that I didn’t have this issue.

While I’m normally a fan of Flywire, I initially wrote of the Speed Rivals loops around the lacing system as a cheaper workaround.

The proved to be very effective, and for runners that don’t like the restrictive feel that Flywire has on some shoes this will be a welcomed departure.

While the fit of the Speed Rival 6 is looser than normal, its dialed in and breathable, with a well fitting heel and tongue that doesn’t move around.

It is refreshing to see a shoe company release a simple and effective racing flat for $80 MSRP.

A quick search of Running Shoes Guru’s partners reveals that this shoe is available now for as little as $65! What an incredible bargain for a racing flat that would last at least 200 miles by my estimate.

If you’re looking for your next marathon racing shoe, do yourself a favor and check out the Nike Speed Rival 6.

Racing flats are incredibly simple (the aforementioned Vaporfly 4% withstanding), and it is refreshing to see them priced as much.

Again, I would especially recommend the Speed Rival 6 to runners with wider feet and those needing a little more forgiveness from a racing flat.

We purchased a pair of Nike Speed Rival 6 from runningwarehouse using our own money. This did not influence the outcome of this review, written after running more than 50 miles in them.