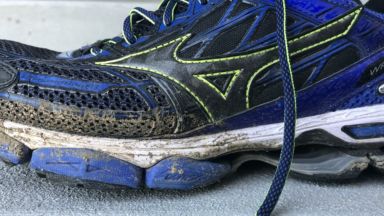 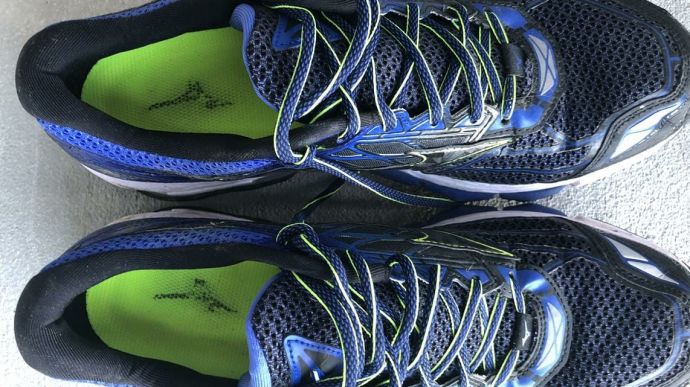 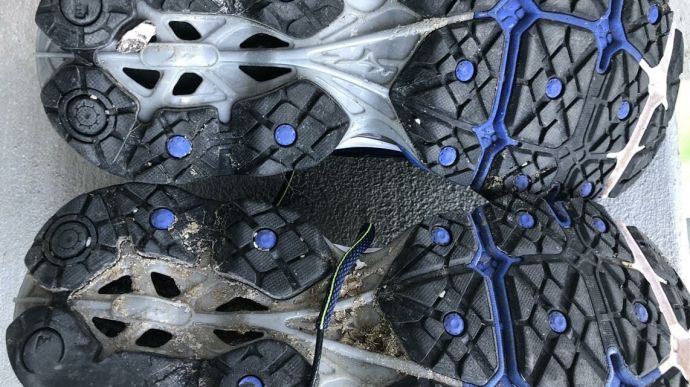 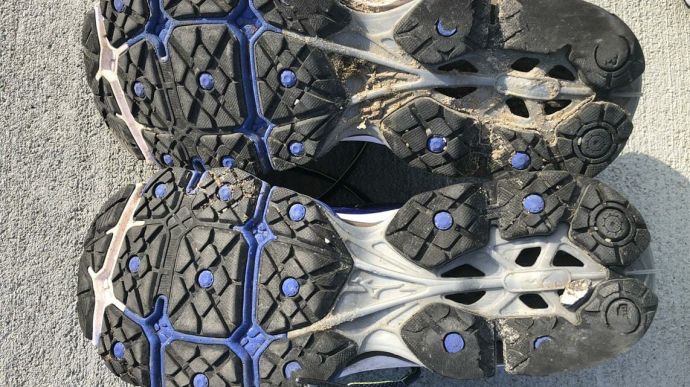 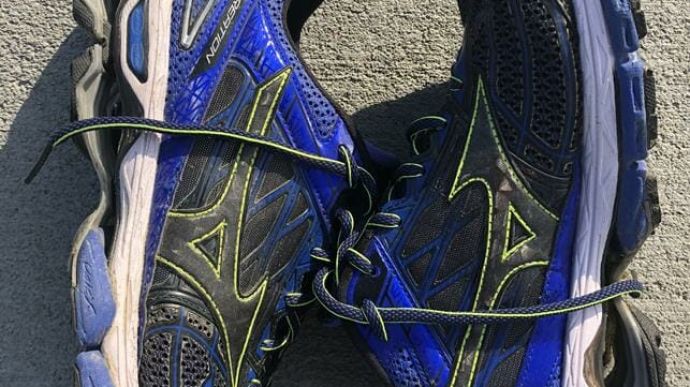 The Mizuno Wave Creation 19 is a neutral highly cushioned shoe that is intended to be a daily trainer and for longer runs. This shoe is one of the heaviest shoes out there. It may be the heaviest shoe in the category.

The fit is on the narrow side, even when going up a half size. The overall fit got better the more I wore the shoe. I did get blisters on the top of each foot after doing long runs in the shoe.

I attribute this to the tongue material not staying flat and bunching during runs.
WHERE TO BUY
LOWEST PRICE
$169
SHOE INFO
Mizuno
Brand
Wave Creation 19
Model
Cushioning
Type
12.40 oz. (352 gr.)
Weight
169.95 US$
MSRP
11 mm
Heel Drop
Mizuno Wave Creation
Family
Jul / 2018
Release Date
Wave Creation 18
Previous model
WHO IS IT FOR
This shoe is for long slow runs and can handle distances up to a marathon. Folks on the heavier side will get the most benefit from the cushioning.
Help me choose

When I unboxed the shoes, I found the look of the shoe to be ok. The rest of the available color ways are average in appearance. The shoe looks bulky and hefty and lifting them confirmed that suspicion. The shoe is shockingly heavy.

There is a lot of material and layers to this shoe. It is well built, if not over built. The look of the heel reminds me of the On brand of shoes, specifically their Cloud series.

The lacing system is standard and accommodating to most lacing approaches. Finding a good fit took a few iterations but is achievable.

It’s a balance between the narrowness and snugness in the mid to forefoot and getting a nice lock in the heel.

After running nearly 100 miles in this shoe with several long runs up to 20 miles I’ve found there are some nice things about the shoe but also some disappointing things.

My guess is that if you’re already a fan of the shoe, you’ll probably like this version. If you are new to this line, it likely won’t be your first pick. My favorite part of the shoe was the soft cushioning.

After long runs the bottom of my feet felt great. My least favorite things about the shoe are the weight, blisters, required effort on toe off, and a bit of an altered foot strike.

I’m usually a mid to front of the foot striker but I found myself heel striking in this shoe.

The shoe is heavy, like really heavy. I thought the Brooks Levitate 2 was heavy, the Mizuno Wave Creation 19 is at least a full ounce heavier. While I enjoyed the cushioning, I found it took effort to get turnover going.

I think a combination of the weight and heel striking contributed to this feeling.

I do think the upper is more breathable and prone to letting moisture escape so at least the shoe doesn’t pick up much additional weight in wet situations. The upper is structured, firm, and not flimsy.

It has plenty of structure to it so that your toes have room to move without feeling cramped from the top. The heel collar is plenty soft, and I found it wasn’t prone to rubbing. I found the tongue soft but maybe over built.

I found it would bunch up and on long runs would rub the top of my foot causing blisters. I haven’t had blisters in a long time, let alone on the top of each foot. This was an odd one in my experience.

The lacing system is comprised of a standard approach with soft laces. I was able to find a lacing approach that dialed in a decent fit after a few false starts.

The narrowness of the mid to forefoot contributed most to the fit issues. I wouldn’t say it is a narrow shoe, but it isn’t accommodating either. Snug is probably a good description. The shoe does look and feel overbuilt.

There are a lot of overlays, plastic, and other material that make up this shoe. I anticipated the shoe would run hot and retain moisture more than it did.

The shoe seems well made (if not overbuilt) and durable. The sole is showing a bit of wear given the mileage. The upper is the same. I would anticipate the shoe would last upwards of 300-400 miles.

The shoe gripped well for me on dry road surfaces. The shoe was noticeably slick on wet concrete and I intentionally slowed if the surface was wet and I was rounding a corner.

Supposedly the cushioning is softer, and it is supposed to be more responsive. The upper is also slightly changed to provide a better fit.

This shoe has adequate room in the toe-box and designed for road running up to marathon distance. It is intended to be a daily trainer and likely can stand-up to many miles.

I wouldn’t describe the upper as stretchy, but it does have some flexibility while still being rigid. There is some wrapping of the mid foot that occurs.

There is enough structure, so you feel stable and so your toes don’t feel crowded. The lacing system functions well and adopts to a variety of lacing approaches.

The upper wasn’t super breathable but it wasn’t unbreathable either. The upper did a decent job letting moisture evaporate.

The shoe would always be dry if I put it on the next day to go for a run. The upper is well built and likely will last a long time.

I found the heel collar well-padded and comfortable. No rubbing or chaffing or irritating of the Achilles. The tongue seems over built and is comprised of a lot of material. I found it contributed to rubbing and abrasion on the top of each foot.

I found this shoe to be an okay daily trainer. It would be a shoe I would put in rotation occasionally for distances up to 8-10 miles and for slow recovery runs.

The cushioning is nice and soft, and I found I could find a fit that worked. I wouldn’t put this shoe in everyday rotation because it is a beast to get rolling in.

Toe off takes noticeable effort and the shoe gets heavy quick. Also, the blisters on the top of the feet aren’t ideal. I found they would pop-up starting around the 10-mile mark.

The longest I ran in this shoe was 20 miles. The soft cushioning resulted in the bottom of my feet not feeling sore and bruised. For track and speed work the heaviness of the shoe and the unintended heel striking mitigated any responsiveness.

I would recommend these to a friend if they were fans of the Wave Creation line. For a friend who hasn’t run in Wave Creation before, I would tell them to see if they could find a pair to test drive before buying. Especially at a $170 price point.

We purchased a pair of Mizuno Wave Creation 19 from runningwarehouse using our own money. This did not influence the outcome of this review, written after running more than 50 miles in them.

Visit ShopAmazon.com
This page contains affiliate links. As an Amazon Associate I earn from qualifying purchases.
WHERE TO BUY
LOWEST PRICE
$169
AVAILABLE ON SALE:Previous model $149