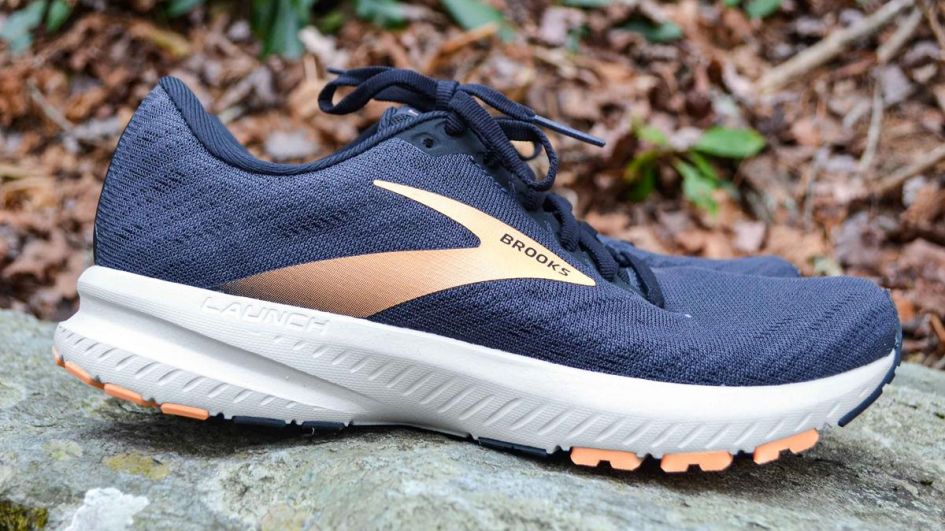 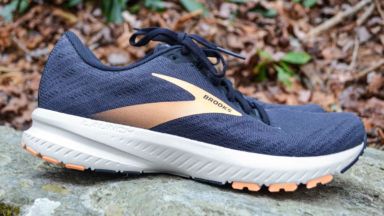 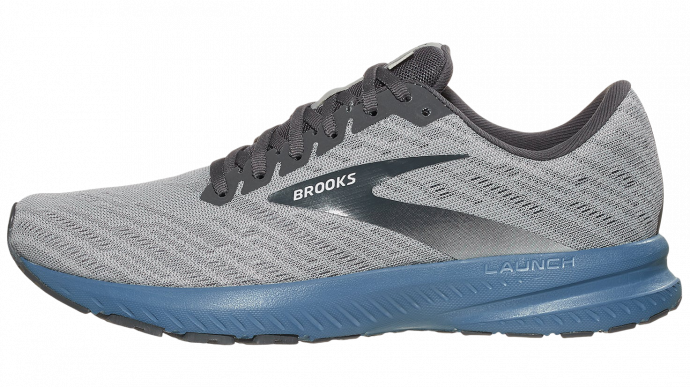 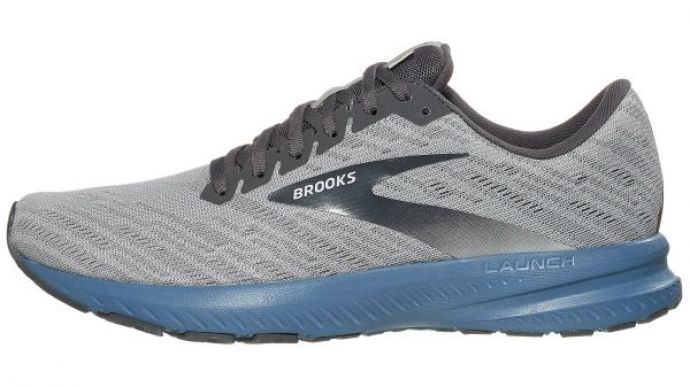 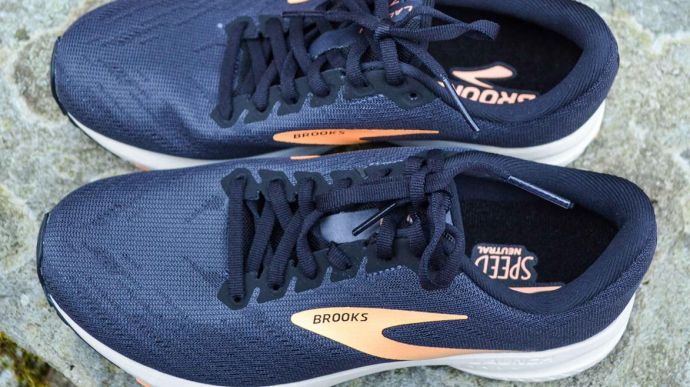 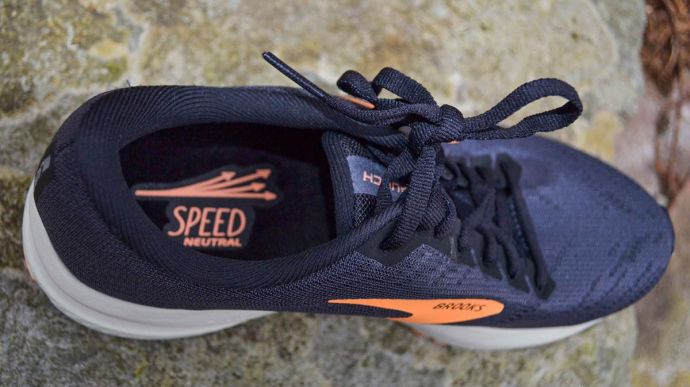 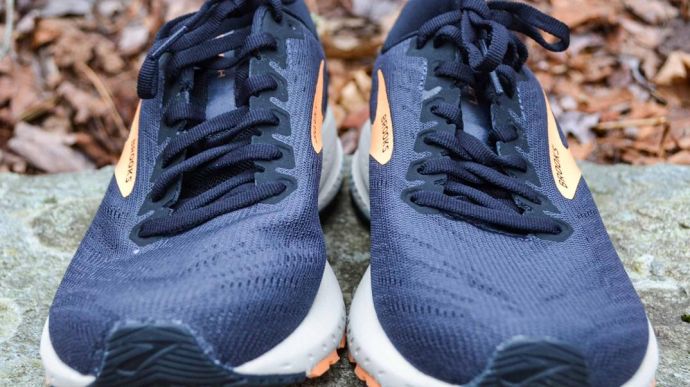 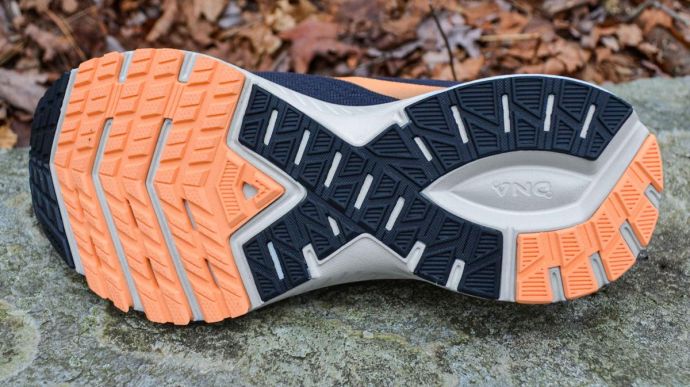 Although, runners accustomed to the ride of the Launch 6 will notice minimal differences in the new Launch 7. The only significant difference between the 6 and 7, is an updated single-layer mesh upper.

Earlier versions of the shoe offered a soft, smooth ride. The Launch 6, and now, Launch 7 differ in many respects from their predecessors. A couple of years ago, Brooks redesigned the shoe for an even more aggressive speed-trainer feel intended for use in fast road workouts.
WHERE TO BUY
LOWEST PRICE
$69
SHOE INFO
Brooks
Brand
Launch 7
Model
Lightweight
Type
8 oz. (227 gr.)
Weight
100 US$
MSRP
10 mm
Heel Drop
Launch 6
Previous model
WHO IS IT FOR
Neutral runners with a medium or high-arch and a preference for very firm shoes
Help me choose

The Brooks Launch 7 runs true to size and provides a low-profile, sleek design ideal for fast turnover. The firm shoe features a 10mm heel to toe offset and weighs in at 8oz for women, 9oz for men.

I tested the Brooks 7 on both road and asphalt paths. Undoubtedly, it was made for pavement, but the outsole can certainly handle well-groomed natural surface or gravel paths. The Launch 7 provides a stiff ride, ideal for speed work.

Early versions of the Brooks Launch were some of my favorite shoes to train in, so I expected a lightweight, but soft ride from the Launch 7. While the shoe is certainly lightweight for a trainer, it is anything but soft.

After my first run in the Brooks Launch 7, my only thought was, “I hope they break-in.” And eventually, they did break in somewhat or else I just grew accustomed to the stiffness and shock of each foot-strike.

The Brooks Launch 7 is all business – no soft luxuries here. Just lightweight, stiff midsole that promotes fast turnover. While they do promote quick turnover, the Launch 7 is not a responsive shoe.

The density of the signature BioMoGo DNA midsole foam renders the shoe so stiff that there is zero energy return. The energy generated with each foot-strike seems to get trapped in the impenetrable foam.

The midsole of the Launch 7 is supposedly the same as the Launch 6. It utilizes Brooks’ trademark BioMoGo DNA foam. The ride is firm, stiff, and unresponsive – nothing like the Brooks Launch I remember.

The shoe is fairly lightweight and promotes quick turnover, probably because it’s pretty uncomfortable when your foot makes contact with the ground.

Shock absorption is minimal. I could feel the impact all the way up to my knees with every landing.

Quite the contrast from previous versions and from the Brooks Ghost 12 that I reviewed earlier this year, which provides a luxuriously soft, but responsive ride.

Brooks advertises the Launch 7 as a speed trainer which is the ideal use for this shoe, although the lack of energy return makes me question this characterization by Brooks.

I would not recommend these shoes for long runs, especially with extended duration on pavement – the impact on the feet and knees could be damaging.

Personally, the stiffness of these shoes aggravated my arches which are probably lower than the average runner. The Launch 7s do not feel like they are working in harmony with your body.

The outsole pattern is identical to the Launch 6, with highly-durable blown rubber covering the entire outsole for maximum traction.

The durability of the outsole makes this shoe an economical choice over others in the same price range. Brooks’ proprietary Mid-foot Transition Zone and chevron pattern under the forefoot streamline the heel-to-toe transition and provide a snappy turnover with each stride.

The minimal Launch 7 upper maintains the lightweight, assertive nature of the shoe. The only noticeable update to the shoe, Brooks replaced the upper on the Launch with a one-piece breathable mesh.

The material is smooth and sleek, but not particularly soft or welcoming to the touch. It’s nearly seamless, breathable, and slightly stiff.

Minimal overlays of the Brooks logo are directly adhered to the engineered mesh upper without the use of stitching. The toe-box allows adequate wiggle room for toe-splay.

Consistent with the rest of the shoe, the Launch 7 heel counter and tongue are somewhat firm and inflexible, but they are also smooth.

While these features of the shoe certainly aren’t pillowy or soft, I never experienced any rubbing or blisters from them. The laces are high-quality, lightweight, and an appropriate length.

The Brooks Launch 7 is an ideal shoe for lower-mileage runners who prefer a very firm ride. The shoes are lightweight, durable, and encourage rapid heel-to-toe transition for quick turnover.

For runners who prefer a firm ride, the Brooks Launch 7 could be a great shoe for you. Personally, it’s not a shoe I will seek out in the future.

Loyal Launchers who enjoyed the previous version of the shoe should skip the Launch 7 and find an alternative. It’s difficult for me to believe this is even still the Launch because it performs so differently from earlier models.

Brooks has a strong reputation as a reliable brand for long-distance runners, so it’s unfortunate that they are sacrificing some that hard-earned consumer trust by calling this shoe the Launch.

For many long time Launch-runners, version 7 will feel like a betrayal of the shoe’s traditional qualities that made it a fan-favorite for so long.

We purchased a pair of Brooks Launch 7 from runningwarehouse using our own money. This did not influence the outcome of this review, written after running more than 50 miles in them.

Visit ShopAmazon.com
This page contains affiliate links. As an Amazon Associate I earn from qualifying purchases.
WHERE TO BUY
LOWEST PRICE
$69
AVAILABLE ON SALE:Previous model $78