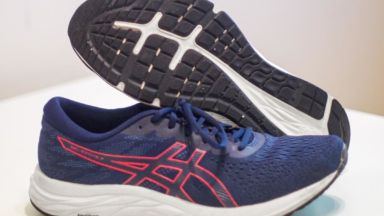 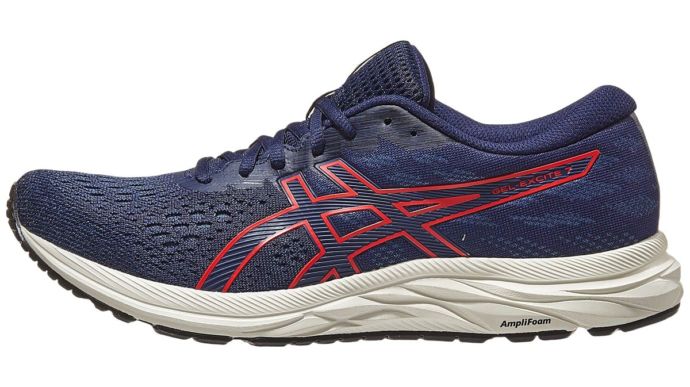 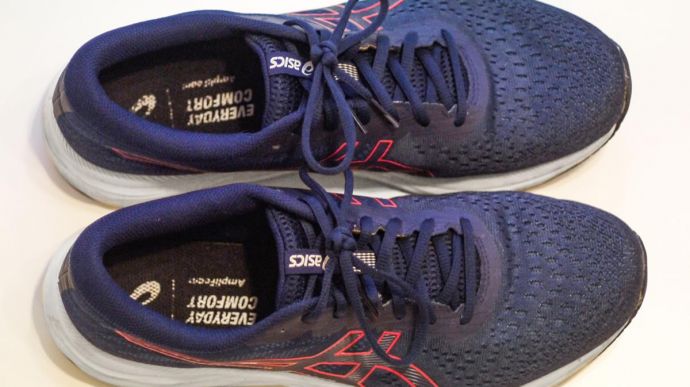 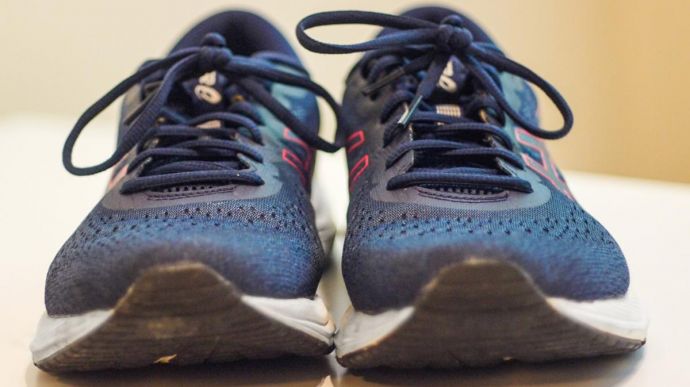 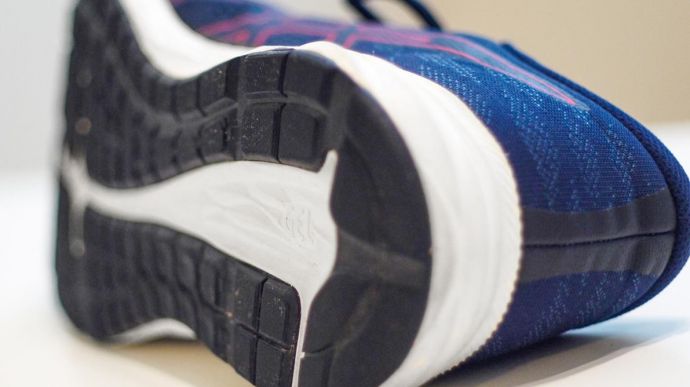 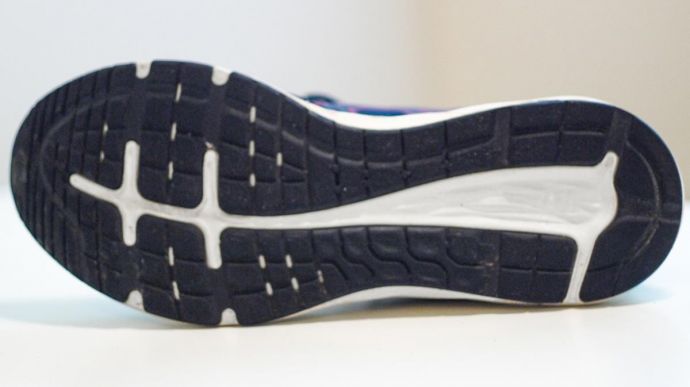 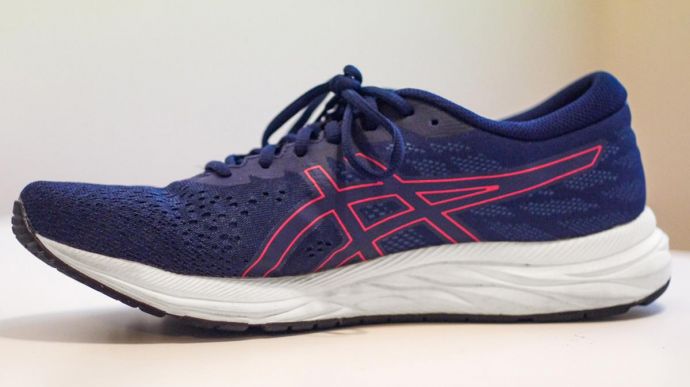 The Asics GEL-Excite 7 follows in the footsteps of the previous successful six shoes on the Excite line created to bring value and comfort. The use of GEL cushioning with AMPLIFOAM ensures a comfortable fit for most.
WHERE TO BUY
LOWEST PRICE
$49
SHOE INFO
Asics
Brand
Gel Excite 7
Model
Cushioning
Type
10 oz. (283 gr.)
Weight
75 US$
MSRP
8 mm
Heel Drop
WHO IS IT FOR
Newer runners and low mileage runners looking for a stable and well tested shoe should consider the GEL-Excite 7s.

Most of the shoes by Asics stick close to their winning formula, so risk-averse runners looking for something reliable will enjoy this shoe which sacrifices the newest tech for simpler proven tech.
Help me choose

If you’re looking at the Asics GEL-Excite, you’re likely considering other low risk entry level shoes that are solid enough for daily training with an occasional race.

A similar shoe by Saucony would be the Cohesion 13 with ample rubber coverage, neutral stance, and a low ($70) MSRP on a successful line of shoes.

Another shoe you might want to consider trying out would be the New Balance Fresh Foam Zante Solas which are at a similar $70 price point, neutral, but are lighter with less cushioning.

The GEL-Excite 7 is designed for neutral runners who also have a normal arch size and have even distribution around the foot.

The heel to toe drop of these shoes is at 8mm, which is on the higher end for those looking for a very neutral or zero-drop stance, but will feel at home for an everyday runner not chasing after shoes with equal stack heights.

Speaking of stack heights, I wasn’t able to find a measure for the front or rear, so I instead can only report that the front feels to be just enough (low/moderate padding) for runners.

It’s no Hoka One One, which is probably preferred for anyone looking for an average shoe.

Hard to say I was excited when I got the GEL-Excite 7s, but I think I now understand the hype. They’re an inexpensive shoe from a reliable running shoe manufacturer.

I often find there are two types of budget shoes from known shoe manufacturers.

The first ones are budget shoes with low quality components that are made into a flashy package, and the latter (like the GEL-Excite 7s) take a proven manufacturing method and add in proven materials at a budget price.

These GEL-Excite 7s are in the same GEL lineup as the $150 GEL-Nimbus Lite shoes without the premium materials.

Think of it as getting the street-legal version of your favorite race car. You’re getting “racing inspired” tech that’s affordable and actually decent.

Now if you’re in the market for budget shoes, you know the first rule in budget shopping. Is the older version cheaper/worth it?

First off, the older GEL-Excite 6 is cheaper ($20-30) but has limited sizes and you’ll find the upper has been redesigned which may provide more comfort.

The newer GEL-7s also use a different material on the upper which may affect breathability and longevity.

However, if you’re really in the game for finding the most budget Asics GEL-Excite shoes and don’t mind living with some compromises on the upper, there aren’t enough new additions to the GEL-Excite line for me to strongly recommend the 7s.

I do know that putting them on for the first time made me feel the rush of the Asics Fit I get with all the Asics shoes.

It’s like Asics has one person on staff to ensure their shoes have a specific fit where the heel is slightly stiffer than the competition to ensure it’s tight fitting when worn properly and the forefoot has ample space for landing.

I spent 50+ miles (probably 120 or more at this point) testing the shoe to learn all the quirks and selling points of the shoe.

The majority of the hype you can put into the GEL-Excite shoes is in the sole. And by sole, I mean the midsole so we’ll start there and work our way outwards.

The midsole contains Asics’ signature sauce “GEL” which is less of a goopy liquid and more of a proprietary foam pad that helps attenuate shock.

I’ve sliced open a pair of Asics shoes before to find this GEL pad and can confirm it’s there and feels squishier than the rest of the foam.

What’s hard to confirm for me is the shock absorbing capabilities since I’m not much of a heel striker, but I do know runners that swear by the GEL pads found in these Asics shoes.

Surrounding the GEL tech is another tech from Asics called AmpliFoam. We’re in a wonderful era now where even the budget shoes from well known shoe companies can pack some serious foam tech.

It’s like when cellphones started to get more than one logical processor. But what is AmpliFoam and is it even good? Amplifoam is an Asics specific foam made to stay durable at softer densities.

This means the shoe can be made soft/light without sacrificing long term wear which is important in a budget shoe. Additionally, Amplifoam maintains flexibility + comfort over standard foam which is another plus.

Overall, I’d call Amplifoam a marginal gain over regular EVA. If Nike’s ZoomX Foam scores a 10 on the “best foam” award contest and EVA scores a 0, I’d say Amplifoam scores a 3 or 4.

The rest of the outsole has a familiar Asics layout with a few grooves of exposed foam below the midfoot’s ample rubber coverage.

This amount of rubber is welcomed in a budget shoe as it ensures you’ll get a little extra life out of the shoe. The rubber continues down the sides of the forefoot and swirls around a patch of exposed foam below the heel.

This design keeps true to the durable nature of the shoe while removing just enough rubber in areas to stay somewhat light.

The overall grip and functionality of this rubber and layout should be just fine for anyone doing road or track running. Maybe not so great for trail running, and you should look at the GEL-Venture 7s in that case.

It’s such a little perk when you slip off your shoes and don’t have to worry about the insoles slipping out, and another positive when trying speedwork in the shoe as the insole doesn’t slip.

Just wanted to slip that last detail in here about the non-slipping insoles.

You can’t escape the omnipresent Asics logo on Asics shoes. That swooping A/warped hasthtag makes up 90% of the style on these guys.

The logo on the outside of the shoe is made of rubber attached by what seems to be either strong glue or heat so you won’t have to worry about the logo peeling off.

Not that you ever should worry about the logo peeling off, I’ve just had a few bad cases of a Nike logo falling off because Nike didn’t stick them on too well.

But you’re not here to learn about the logo or how it’s attached, the rest of the upper is pretty dandy.

Asics uses a technical mesh for effectively the entire upper which provides excellent breathability and durability. I had zero chafing issues on all my runs, ranging from 0.25-13 miles.

The color I got was dark blue, so an added benefit was the shoe looks about as new at mile 100 as it did at mile 0. This mesh wraps around to the heel which is shaped using an internal plastic heel counter.

I had no slipping or instability around my heel with this design, but do know it’s not as flexible as the open backs found on Nike Free or Adias Boost shoes. Perfectly fine for me though.

Lastly, the lacing system on this shoe does the job without adding much weight. You get an overlay reinforced eyelet system that non-stretchy laces loop through.

The stiffness of the mesh upper provides a decent grip on your foot as you lace up, be sure to experiment with which holes you lace up near your ankle as the tongue of the shoe provides good pressure relief for various lacing techniques.

I have to remind myself after testing $200+ shoes that I always need to rank the shoe I’m testing on the price.

Considering it’s borrowing tech from much more expensive shoes and has the clean and proven layout of an Asics GEL shoe, it’s hard not to put this on a list of shoes a budget conscious runner should consider.

If you’re one of the folks this shoe was designed for, I’ll bet you’ll like it if you pick a pair.

We purchased a pair of Asics Gel Excite 7 from runningwarehouse using our own money. This did not influence the outcome of this review, written after running more than 50 miles in them.