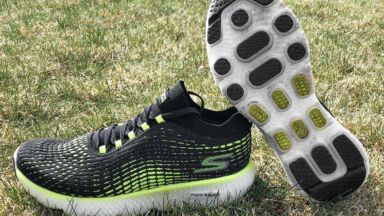 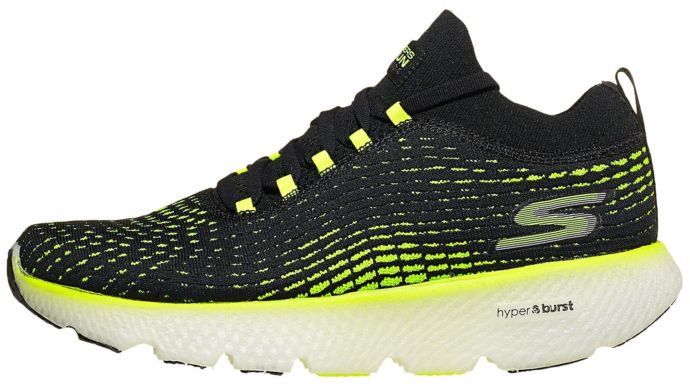 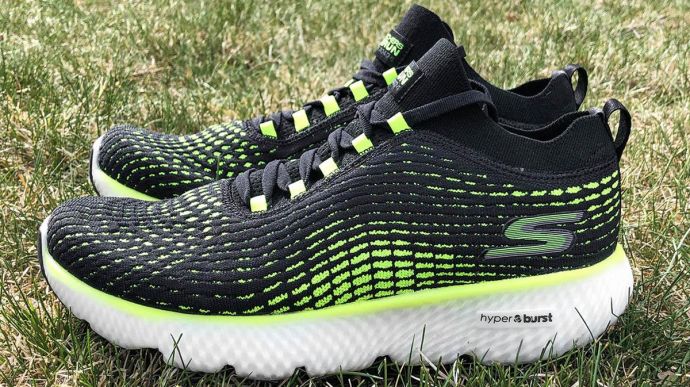 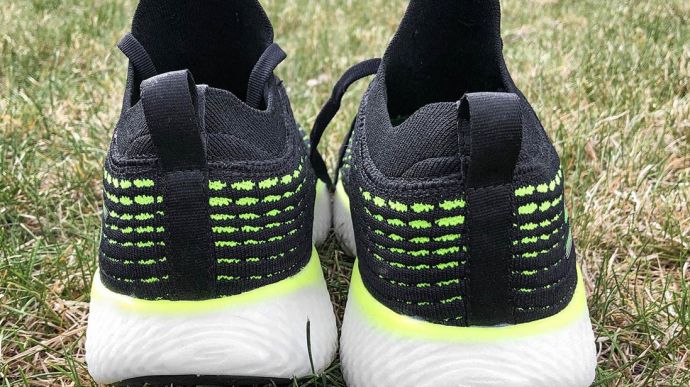 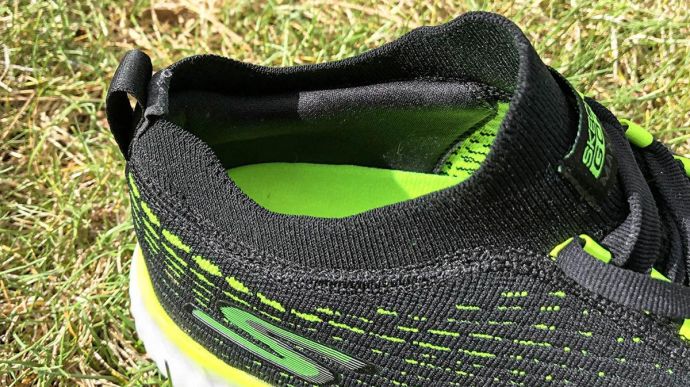 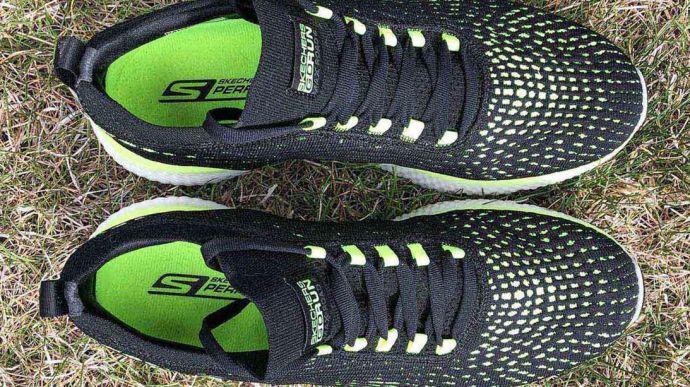 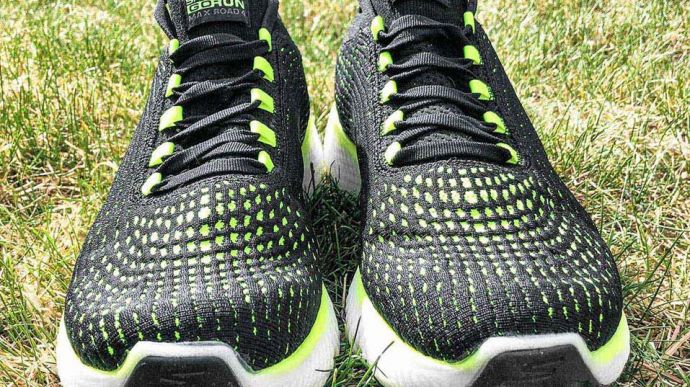 Skechers has taken a potentially excellent midsole material in their hyperburst and sandwiched it between a poorly designed upper and awkward outsole.
WHERE TO BUY
LOWEST PRICE
$135
SHOE INFO
Skechers
Brand
GOrun MaxRoad 4 Hyper
Model
Cushioning
Type
8.4 oz. (238 gr.)
Weight
135 US$
MSRP
4 mm
Heel Drop
WHO IS IT FOR
The Skechers GOrun MaxRoad 4 Hyper is intended for road runners looking for plush and maximal cushioning in a lightweight package.

This could be an excellent choice for high mileage runners looking for a recovery day shoe, or heavier or older runners needing additional protection.
Help me choose

Skechers have turned a lot of heads in the last several years in releasing no nonsense and simple running shoes with great cushioning, and it seems that the GOrun MaxRoad 4 Hyper is no exception.

This road running shoe was introduced to compete with other plush, max-cushioned, trainers on the market including the Hoka One One Clifton 6, the New Balance Fresh Foam 1080, Saucony Triumph 17, and the Altra Torin.

The GOrun MaxRoad 4 Hyper is designed as an everyday trainer with plenty of cushion for long runs and only weighing an incredible 8.4 ounces for a men’s size 9 US.

At $125 MRSP the GOrun MaxRoad 4 Hyper also offers a cheaper alternative to many of its direct competitors.

I’d been anticipating this shoe after putting in a bulk of my marathon training last year in the GOrun MaxRoad 3, a shoe with a well structured upper, wide toebox, and an outsole that seemed to be made of clouds that wore prematurely.

The MaxRoad 3 seemed to be largely ignored by most high mileage runners, and its simple construction reminded me of the Hoka Clifton 5, but with a wider toebox.

Upon unboxing the GOrun MaxRoad 4 Hyper I was impressed with the design and look of the shoe as it is an eye catcher.

The Compression Knit bootie upper construction suggested that the shoe would offer locked down comfort, although I was concerned about the narrow profile of the toebox.

My first run was 8 miles on the treadmill, and initially I was pleased with the shoe.

However, I found that my opinion on the fit and ride of the shoe changed once I got out on the roads and crushed gravel trails that I usually run.

Hyperburst is an ultralight midsole material that started making its way onto the market in 2018.

This is an EVA type foam that has been exposed to carbon dioxide gas that has been heated under pressure until it turns into a liquid.

This process causes the EVA to form into gas-infused pockets, which makes it very light but somewhat firm. While walking around in the GOrun MaxRoad 4 Hyper the shoe feels firm, like you can’t compress the EVA.

However, on road runs the midsole has a bit more “give”, but the ride still feels uneven as if it is firm in some spots, and softer in others.

This does seem to have to do with the sparse placement of the carbon rubber outsole as well as the rockered shape of the midsole.

As far as the ride of the GOrun MaxRoad 4 Hyper is concerned I would compare it to a more responsive maximal shoe, like the New Balance 1080, but with a much less smooth ride.

The M-Strike rocker shape of the shoe is supposedly designed for to promote an efficient, mid-foot strike, yet as a natural mid-foot striker I felt all over the place in this shoe.

The shape seemed to promote heel striking, and honestly, that is when the cushioning and transition of the shoe from heel to toe felt most efficient.

While the upper of the GOrun MaxRoad 4 Hyper is elegant in its simplicity and appearance, it fails to give a runner any feeling of support or confidence going any direction than straight ahead.

Any slight change of direction in this shoe and I felt like my foot was sliding off of a platform. Why? Because of the knit one piece upper generous fit which also leads to uncharacteristically warm feet.

The bootie-like construction of the upper hits very high on the ankle as well which could irritate some runners or those who like to wear no-show socks.

This upper could be greatly improved with a tighter weaved knit material and possibly the addition of some overlays.

The fully knit construction is also noticeably missing a tongue, so any adjustments of the lacing to try and lock down the shoe seem to be in vein.

The Skechers GOrun MaxRoad 4 Hyper is a max road running shoe with some great features that get overlooked due to the overall design.

With 29mm of Hyperburst midsole and a 4mm drop, this shoe aims to compete with shoes like the Hoka Clifton 6.

Unfortunately, Skechers employs an upper that would be more at home on a leisure shoe, and this sloppy upper ruins what could otherwise be an enjoyable ride.

Improvements I’d like to see would be a more structured upper with a wider toebox and a Hyperburst midsole and outsole that didn’t have a pod-like construction which feels uneven through the gait cycle.

With a redesign the GOrun MaxRoad 4 could be a leader in the maximal road cushioning category as it has the best cushion-to-weight ratio on the market.

I’m certainly looking forward to what the fifth incarnation looks like from Skechers.

We purchased a pair of Skechers GOrun MaxRoad 4 Hyper from runningwarehouse using our own money. This did not influence the outcome of this review, written after running more than 50 miles in them.