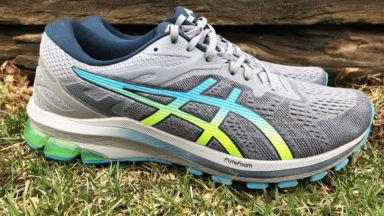 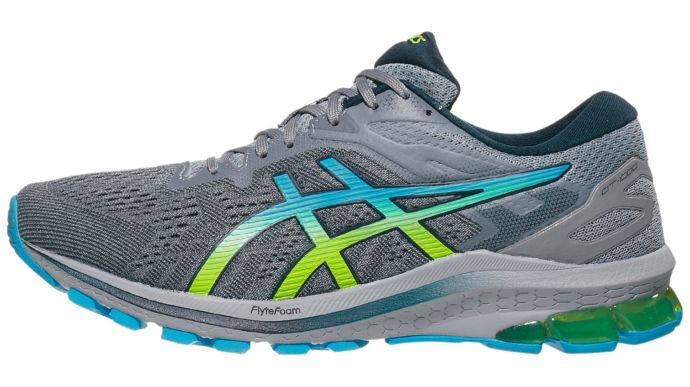 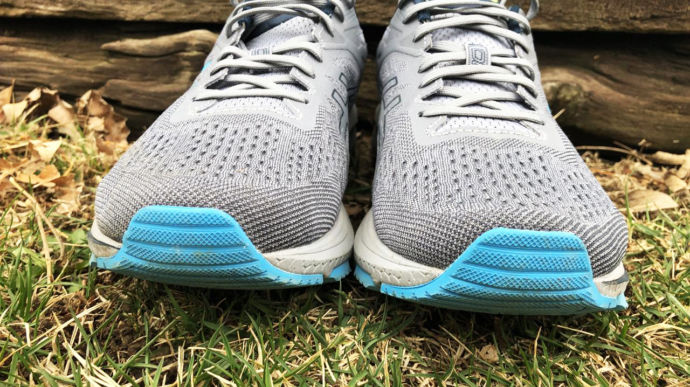 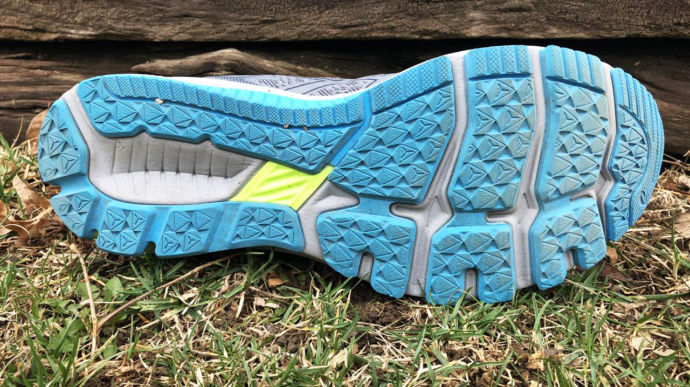 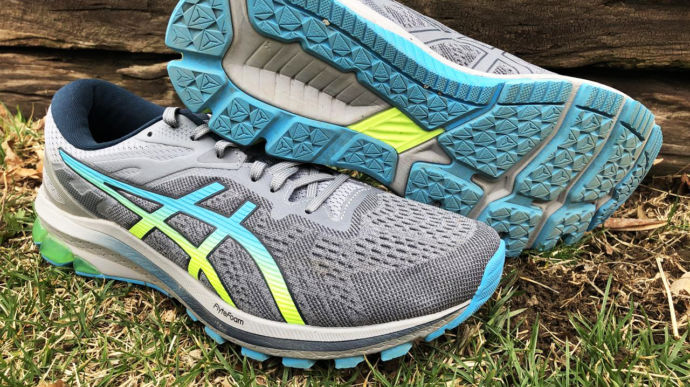 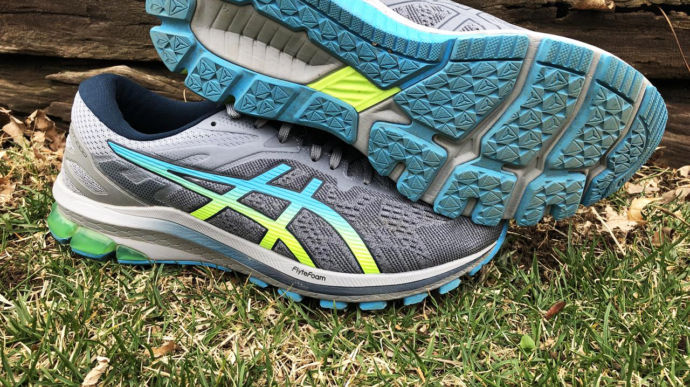 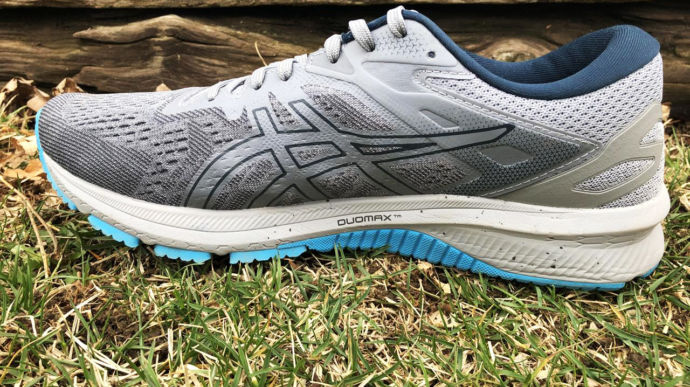 The ASICS GT 1000 10 is an economically minded stability trainer that performs. It is supplied with many features that make each ride a smooth and stable one.
WHERE TO BUY
LOWEST PRICE
$53
SHOE INFO
Asics
Brand
GT 1000 10
Model
Stability
Type
9.9 oz. (281 gr.)
Weight
100 US$
MSRP
9 mm
Heel Drop
GT 1000 9
Previous model
WHO IS IT FOR
A budget conscious runner who is looking for a moderate stability trainer to take them from the couch to their first race.
Help me choose

The ASICS GT-1000 is back with its tenth edition this year with a couple of small tweaks to hopefully improve an already solid trainer.

Priced at 100 dollars the GT-1000 is a budget friendly shoe that packs many features but won’t break the bank.

The Asics GT-1000 10 competes with the Brooks Launch GTS, Saucony Guide and the New Balance 870v5. They all provide comparable stability to the GT-1000.

These shoes really pop! This was my initial reaction upon opening the box for the first time. The hazard green logo stands out against the sheetrock gray of the rest of the shoe.

It is an asymmetrical design with the logo on the medial side being gray. The aqua blue outsole is a flashy touch and livens up the shoe. It is the right mix of playing it safe, but also standing out.

When I put them on for the first time I was welcomed with the familiar feeling of bounce and responsiveness I have come to expect from ASICS offerings.

They were light on my feet and hugged the contours of my feet without feeling overbearing.

An easy 4 and half-mile run was their maiden voyage. They had an initial bounce to them I enjoyed. About 2 miles in I noticed the balls of my feet were hurting slightly.

It felt like they were just sinking into the cushioning of the midsole which resulted in higher impact. By the end I was concerned this was a sign of what was to come.

Let’s start from the ground up. Like most ASICS offerings the outsole is made from AHAR (Asics High Abrasion Rubber), a carbon rubber. It handled both wet and dry conditions well.

The AHAR is durable and meant for miles. At 100 miles of testing it showed minimal wear. The outsole of the forefoot of the GT 1000 10 has a full length guidance line and a vertical flex groove to improve your gait.

There are three horizontal flex grooves in the forefoot for flexibility.

The midsole consists of Flytefoam, ASICS go to material for their midsoles. It is a firm and lightweight foam with a hint of bounce to it.

It is substantial in the heel and midfoot but lacking some in the forefoot because of the impact felt during runs. The balls of my feet took the brunt of this impact.

GEL cushioning makes another appearance in the midfoot of the GT-1000 10 to improve shock absorption and energy return. This improvement was noticeable on many runs. It also added to the versatility of the trainer.

The stability support in these are provided by the DuoMax support system. This is a dual density foam placed in the midfoot area on the medial side.

It is effective in providing stability because it doesn’t compress like the Flytefoam on impact. It is aided by a simplified trusstic system at the base of the shoe in the midfoot area.

It is similar to the ones found in the GT-2000 and Kayano but in a modified version.

With 31mm of stack under the heel and 21mm on the forefoot, the shoe has a 10mm offset, in line with traditional offerings. This drop helps make the shoe more stable along with providing smooth toe offs.

The upper of the ASICS GT-1000 10 has undergone a minimal change for this edition. The engineered mesh underwent a small upgrade, so small that it was hard to recognize any of the differences between the uppers of the 9 and 10.

It is a bit tight when you slide them on for the first couple of runs but it stretches out over time and miles.

It is a seamless upper with no overlays so there were no points of irritation. When it gets wet it dries quickly. Overall the shoe has become more stylish because of the colorways they offer.

The cushioning is ample throughout the heel collar and tongue. This adds to the comfort of the upper of the GT-1000. It helps provide a secure fit, especially in the heel, which further aids the stability of the trainers.

The lacing system is simple and effective allowing you to tie the perfect tie on the first attempt.

The fit is tighter in the heel and midfoot then widens out throughout the toe box. This allowed for my toes to naturally splay out and propel me forward.

The tailored fit may take some time getting used to, but overall, the upper provided comfort during my runs.

When you are reviewing a shoe you need to make sure you are viewing them through the right lens. That way you can realistically evaluate them for what they are.

Are the GT-1000 built for a seasoned runner who is trying to PR in a half or full marathon? No. Are they an affordable trainer that delivers for someone who is either a first time runner or one who runs 5k and 10ks? Absolutely!

There are many modified midsole features the GT-1000 10 has in common with the 2000 and Kayano. For this reason the ride is similar.

It is a stable ride from start to finish. Flytefoam and GEL cushioning provide a firm yet bouncy ride. One drawback was the amount of impact the balls of my feet felt on my stride.

I wish there was more cushioning, either flytefoam propel or GEL, in the forefoot to lessen the effects of the impact.

Because of this the GT-1000 10 is a trainer that excelled in shorter distances. The longer the run the more unforgiving they became.

They minimally changed the upper of the GT-1000 10 and it had the same fit and felt similar to last years’ edition.

It fit like an ASICS offering tailoring in the heel and midfoot and expanding through the toe box. It holds your feet in place especially in the heel which adds stability to the shoe.

It shares many common aspects with the GT 2000 and Kayano in a modified form. Even though they are modified they still work seamlessly to provide a stable and enjoyable ride.

Last year I said “just because it comes in at a lower price doesn’t mean it is not as good of a shoe. In fact it is a better shoe than some of its competitors.

The reason for this is all of the premier features included at an affordable price.” The same is true for the 10th edition of the GT-1000.

These would be a perfect first pair of trainers for someone who is wanting to to start running on a consistent basis or someone who sticks with shorter distances only a few times a week.

They were a welcome addition to my rotation every now and then. The ASICS GT 1000-10 is an economically minded stability trainer that performs. It is supplied with many features that make each ride a smooth and stable one.

We purchased a pair of Asics GT 1000 10 from runningwarehouse using our own money. This did not influence the outcome of this review, written after running more than 50 miles in them.

Visit ShopAmazon.com
This page contains affiliate links. As an Amazon Associate I earn from qualifying purchases.
WHERE TO BUY
LOWEST PRICE
$53
AVAILABLE ON SALE:Previous model $49