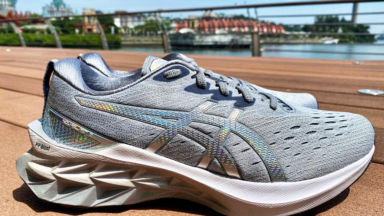 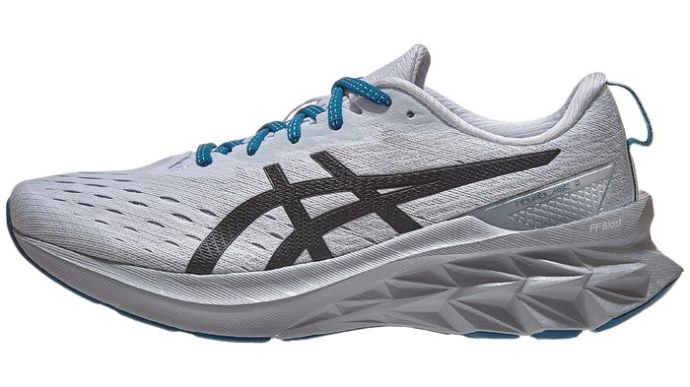 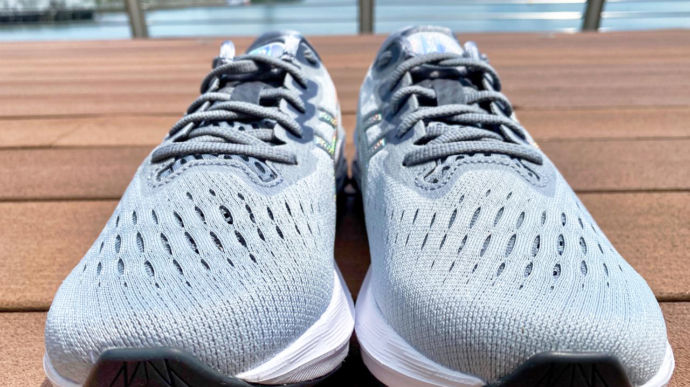 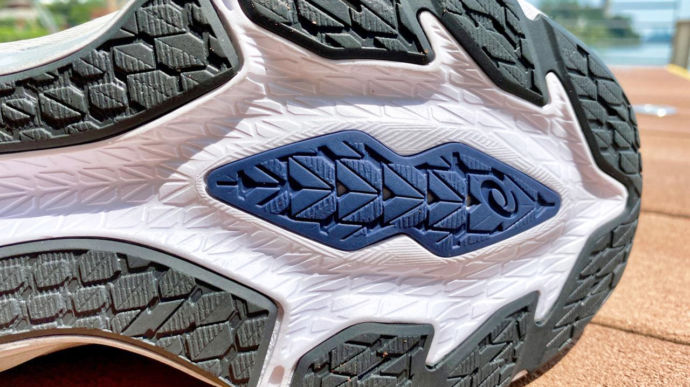 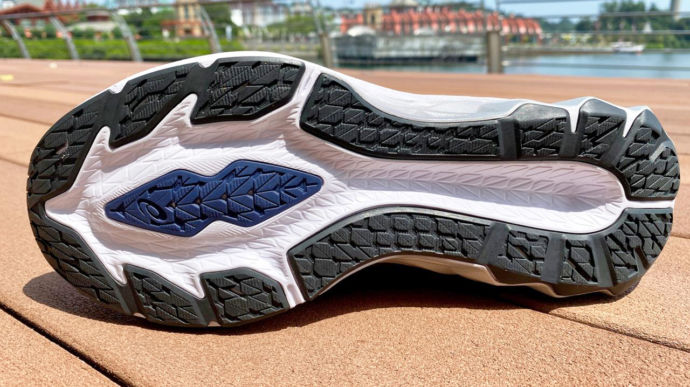 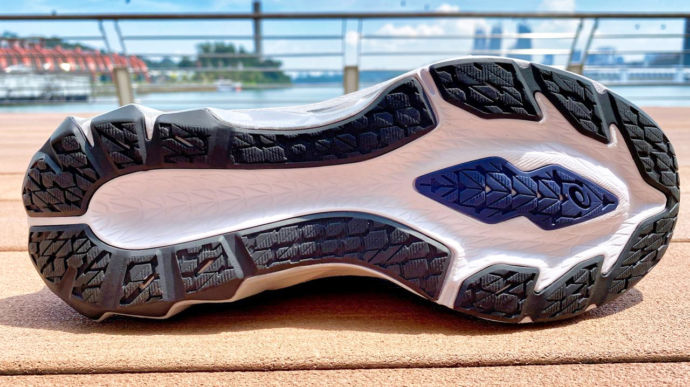 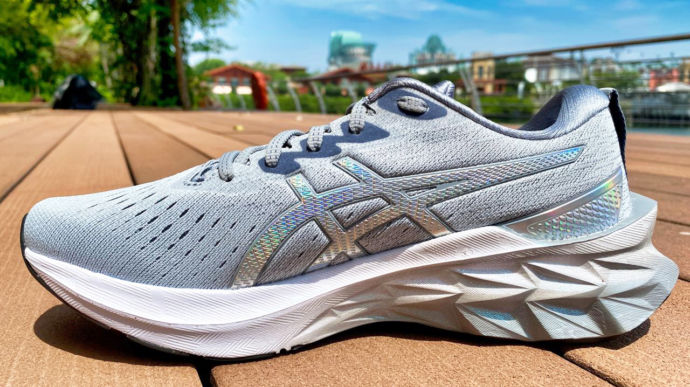 The ASICS Novablast 2 is a unique daily trainer in the ASICS lineup which is highly cushioned, energetic and makes every run feel efficient and fun. Its versatile ride character allows it to handle a variety of paces and distances with ease.

Version 2 has been updated with more forefoot cushioning for long-distance comfort, a more stable heel and a much better upper which feels more premium.
WHERE TO BUY
LOWEST PRICE
$129
SHOE INFO
Asics
Brand
Novablast 2
Model
Cushioning
Type
9.7 oz. (275 gr.)
Weight
130 US$
MSRP
8 mm
Heel Drop
Novablast
Previous model
WHO IS IT FOR
If you’ve stayed away from ASICS running shoes in the past because you’ve found them too heavy, slow or bland, you should try the Novablast 2.

Although it’s slightly unstable, Novablast 2 has a ride unlike any other ASICS trainer and can be best described as fun, bouncy and unrestrained.
Help me choose

I don’t think anyone could have predicted how successful the Novablast was going to be, not even die hard MAGA (Make ASICS Great Again) fans.

The concept of the Novablast was a lightweight trainer with a new, unique ride that felt different from other ASICS running shoes.

The Novablast targeted the faster, younger generation of runners who have never picked up an ASICS classic like the Nimbus, Kayano or Cumulus.

The Novablast was designed to be unrestrained, light, bouncy and fast. And that’s exactly what runners thought of the Novablast.

I thought the Novablast was a breath of fresh air and I liked the fact that there was no gel and no Flytefoam or Flytefoam Propel in the midsole. I used it for many easy and steady, short to middle distance runs.

The Novablast is now one of the most popular ASICS shoes on the road. When I go for runs, I see as many Novablasts as Kayanos, Cumulus’ and Nimbus’ which is impressive since it was only launched last year.

Even Elite marathon runners like Sara Hall use the Novablast for easy runs. She calls it a “game-changer” because of how they don’t beat up her legs during high mileage weeks as other trainers do.

The Novablast wasn’t perfect though. Many runners found it to be unstable and its upper didn’t feel like a $130 running shoe upper: the mesh had a cheap, scratchy feel, there was tongue slide and it fit a half size too big.

It takes about 18 months to get a shoe from concept into the retail store which made it impossible for ASICS to obtain any feedback from the Novablast 1 and incorporate it into the Novablast 2.

In other words, ASICS had to design the Novablast 2 completely blind but that didn’t stop them from making wholesale changes.

The Novablast 2 has a brand new upper, midsole and outsole. Its drop has been reduced from 10mm to 8mm and its weight has increased by 0.2 oz to 9.7 oz for men’s size 9.

So has ASICS managed to fix all the teething problems of the first Novablast and is it as light, bouncy and fast as the original Novablast that swept us off our feet?

When initial images of the Novablast 2 surfaced, it looked like a very exciting update and I couldn’t wait to get a pair on my feet.

It’s refreshing to see a brand like ASICS updating the upper, midsole and outsole with every new iteration of a shoe instead of just changing the upper every other year like most brands do to save costs.

I’m not usually a fan of shiny shoes but I do like the Platinum launch colourway version I got. It feels both classy and futuristic.

The first time I put it on, I could immediately feel the difference in the heel stack height which made the forefoot feel more cushioned.

The men’s Novablast 2 has a midsole stack height of 30 mm in the heel and 22 mm in the forefoot. The Novablast 1 had the same forefoot height but a 2 mm higher heel.

The fit of the Novablast 2 is still slightly longer than average and I decided to go down a half size so that my forefoot rests directly over the cushioning sweet spot. This helps to make the ride more engaging.

The upper felt a different class to the upper of the first version: softer, more comfortable and plusher. The Novablast 2 would also make a great casual shoe because of how comfortable it feels when walking around.

My first run was supposed to be a 15 kilometre easy run but I couldn’t help myself from picking up the pace and even at tempo paces of around 4.15 per kilometre, the Novablast 2 felt right at home.

I was reminded of how fun and lively the Novablast ride felt. It felt like a youthful running shoe with plenty of bounce and pep.

The thing that made the biggest impression on the first run was how much more cushioned the forefoot felt. It felt like it could handle long distances much better than the Novablast 1.

I was really impressed by the changes that ASICS made after that first run.

The ride of the Novablast 2 is a big improvement over the previous version. It feels smoother, more stable and more versatile because of the extra forefoot cushioning.

The Novablast 2 has the deep cushioning of a max-cushioned trainer but with a more nimble feel and more energy return.

The Flytefoam Blast in the Novablast 2 feels worlds apart from the same foam that’s featured in the ASICS Magic Speed.

This is down to the midsole geometry. The Novablast 2 has a thick midsole which allows your foot to sink down into the foam like a piston.

The deep channel underneath the midsole allows the foam to compress downwards and creates the Novablast’s signature trampoline effect.

I found to Novablast 2 to be most comfortable at easy or relaxed paces however it shifts gears very easily and picking up the pace requires very little effort. This high level of versatility makes the Novablast 2 a perfect daily trainer.

ASICS made 3 important changes to the midsole of the Novablast 2 to improve stability:

There are now raised midfoot sidewalls which act like rails to help keep your foot centred, similar to the Brooks Glycerin GTS 19 and Adrenaline GTS 21.

The heel stack height is 2mm lower so your heel sits closer to the ground and lessens the lean bias.

The rearfoot lateral and medial sides of the midsole are now double-stacked to prevent the sidewalls from compressing as much as the first version.

These changes result in a vast improvement in stability over the first version but the Novablast 2 is still not what you’d call a stable neutral trainer and when going around corners I had to slow down considerably.

On the outsole, the same deep, fork-shaped transition groove extends from the heel to the forefoot which makes transitions smooth and centres the weight during the loading phase.

The biggest difference is that the Novablast 2 outsole has additional forefoot grooves which improve forefoot flexibility and make the ride feel more natural.

AHARPLUS rubber is used on the Novablast 2 which is soft and flexible but still highly abrasion resistant. I’ve put 90 kilometres on my pair and the only noticeable wear is on the outer lateral heel area.

The double-layer jacquard mesh upper feels a lot more premium than the rough, scratchy mesh of the first version.

It feels a little thicker and less breathable but that’s a small price to pay for a softer, more comfortable upper experience.

The tongue of the Novablast 2 is gusseted which ASICS only reserves for its top of the range trainers like the Nimbus and the Kayano which tells us how highly ASICS thinks of the Novablast.

The heel grip is excellent. The heel cup is more sturdy than in the previous version and there are now external heel TPU overlays which also improve stability by supporting the heel.

The heel tab and collar of the Novablast 2 are plusher and filled with more foam which pushes your foot further forward in the shoe and creates less space in the forefoot.

It however still has too much room in the forefoot to warrant going true to size and you have to go a half size down to achieve the optimal ride.

The laces are now softer and flatter compared to the rough laces of the Novablast 1 which were also of sub par quality.

The Platinum colourway has a heel pull tab which the “Celebration of Sport” colourway doesn’t have and there are also a lot more reflective elements like the ASICS logo, the TPU heel overlays and the tongue logo on the Platinum version.

The Novablast 2 has a ride unlike any other ASICS model and it belongs to a new generation of running shoes that doesn’t fit into any one single category.

Its ride is cushioned enough for long runs, versatile enough for daily training, and light/efficient enough for faster efforts like threshold runs.

The Novablast 2 has fixed most of the flaws that were present in the first version such as a very unstable heel, a cheap-feeling upper and a forefoot that didn’t have enough cushioning.

It still however fits a half size too big so you need to size down to get the perfect fit and ride.

The Novablast 2 will definitely be staying in my rotation for a very long time and as far as versatile trainers go, it’s right up there with the Hoka Mach 4, New Balance Rebel v2 and the Nike Invincible as one of the best releases of 2021.

We purchased a pair of Asics Novablast 2 from runningwarehouse using our own money. This did not influence the outcome of this review, written after running more than 50 miles in them.

Visit ShopAmazon.com
This page contains affiliate links. As an Amazon Associate I earn from qualifying purchases.
WHERE TO BUY
LOWEST PRICE
$129
AVAILABLE ON SALE:Previous model $81