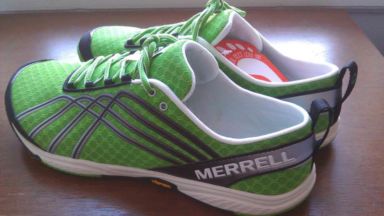 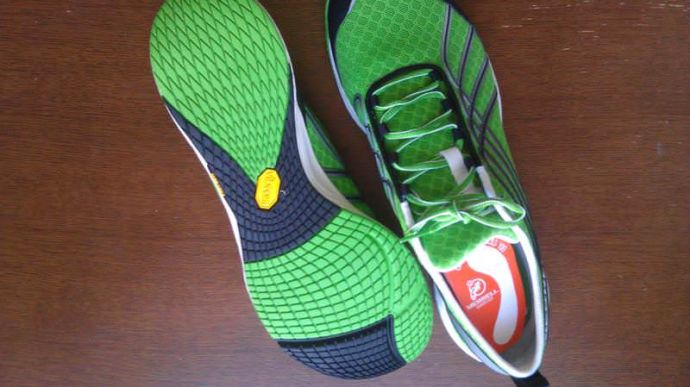 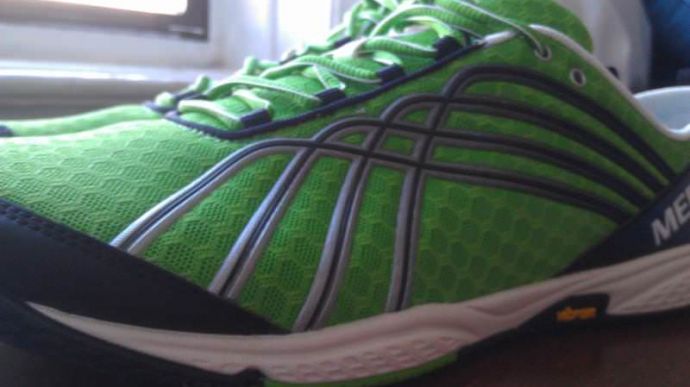 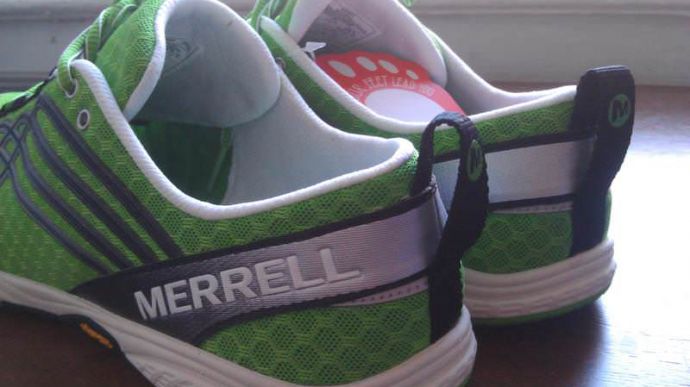 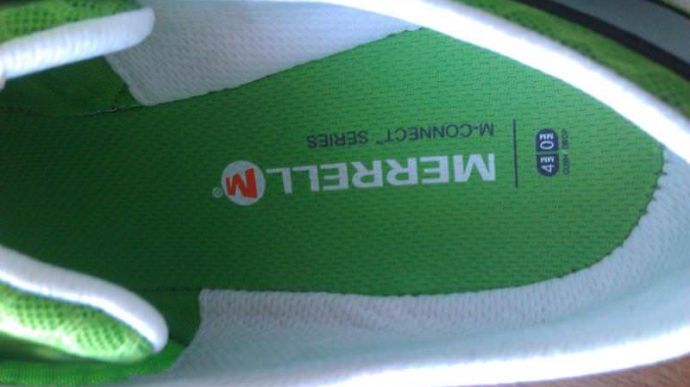 The latest iteration of this Merrell staple does not fail to impress.
WHERE TO BUY
LOWEST PRICE
$100
SHOE INFO
Merrell
Brand
Barefoot Run Road Glove 2
Model
Minimalist
Type
7.4 oz. (210 gr.)
Weight
100 US$
MSRP
WHO IS IT FOR
Minimalist novices for taking their first minimalist steps; minimalist enthusiast for half-marathon distances an up.
Help me choose

The latest version of Merrell Road Glove 2 provides a dramatic re-design from the shoe’s predecessor—resulting in sleek lines, a revamped outsole, modified midsole, and an overhauled upper.

From the outside, the Road Glove 2 doesn’t resemble the first version of the shoe. Upon wearing it, however, the similar comfort, fit, and form of the Road Glove 2 matches the best features of the initial Road Glove, fostering a minimalist experience that allows feet to move, and runners to perform at their best.

The key takeaway from the Road Glove 2 is its difference from the original Road Glove. The new version features slightly more midsole cushioning, a revamped fit, and a brand-new design. Initial reviews of the shoe indicated its differences from the first Road Glove, and I’m inclined to agree: having run in both models, there’s little similarity between them both.

That said, this isn’t a bad thing—the Road Glove 2 is a fantastic shoe, and for me, provided a better running experience than its predecessor. Though it might be less “glove-like” and features slightly more cushioning, the revamp was wholly positive during testing.

The first thing that stood out to me about the Road Glove 2 was its looks—I finally had a pair of running shoes I could wear with a pair of jeans without looking crazy. It’s uncommon to find performance running shoes that marry aesthetics with function, but Merrell did quite a job in marrying these two oft-disparate needs in one shoe.

Aesthetics aside, I was impressed by the newly-designed outsole. Built for road running, the Road Glove 2’s outsole eschews the more-textured design of its predecessor, opting instead for more subdued patterns that lie flat against the ground.

I enjoyed the new look and feel of the outsole—since its rate to require too much texture on an outsole with street-specific running shoes, I was happy to see Merrell kept the design of the Road Glove 2 simple.

The sole unit of the Road Glove 2 is a vast departure from its first iteration—for starters, it has a more conventional look and feel than its predecessor. Gone is the foot silhouette of the first version, and in its stead is a traditional outsole.

Wearers who were fond of the arch cutaway will be disappointed for its departure, which has now been filled in to create an outsole that lays flat against the ground. The midsole also features more cushioning in the newest model as well—a feature that makes the shoe more conventional.

As a minimalist enthusiast, but by no means barefoot fanatic, I found this to be a welcome change to the Road Glove—just a scant amount of cushioning where I needed it, and nothing I could have done without. These shoes would be an excellent, fast alternative to other minimalist shoes which make no bones about providing cushioning.

Minimalist fans would probably find this shoe best for a half-marathon or higher—it might be more supportive than is necessary for short, fast racing, but provides just enough comfort for longer distances.

The Barefoot Glove 2 upper is comfortable, lightweight, and durable. I first tried out the shoes on a bitter-cold winter afternoon, and they held their own against the elements. This is not to say my feet didn’t freeze, but if the shoes had any more cushioning, they’d feel like a sauna on a hot day.

I knew that I might have been cold in January, but that I’d be singing the praises of the Barefoot Glove 2’s upper when brutally-hot summer runs come around.

From a toe-box standpoint, the shoe has room to spare. With fairly narrow feet, I didn’t feel my feet swimming in space to the extent I experienced with the original Barefoot Road Glove. There’s still plenty of space, however, and I never felt my movement restricted.

The heel, many say, has been expanded on the new model though I did not notice much of a change personally. Everything fit snugly where it should, and loosely where it ought to.

The Road Glove 2 is one of the biggest redesigns I’ve seen since I began reviewing running shoes—and perhaps one of the best.

I enjoyed the first iteration of the shoe, but wasn’t quite sure what it sought out to accomplish: was it trying to be a completely barefoot shoe with foot protection as its only goal? Or was it trying to be a highly-minimalist shoe, doing away with all but the essential elements of a running shoe? To me, the initial version of the Road Glove was neither as a result of trying to be both. In the Road Glove 2, the model has been able to establish a more rounded identity.

A more conventional model emerged from the hybrid design of its predecessor, and has brought with it a shoe that is positioned for success within Merrell’s larger range of shoes designed to cater toward a wide variety of wearers.

We thank the nice people at Merrell for sending us a pair of Barefoot Run Road Glove 2 to test. This did not influence the outcome of the review, written after running more than 50 miles in them.