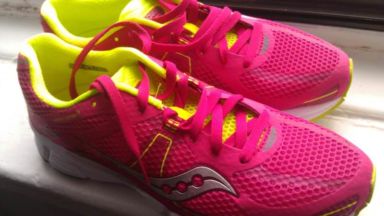 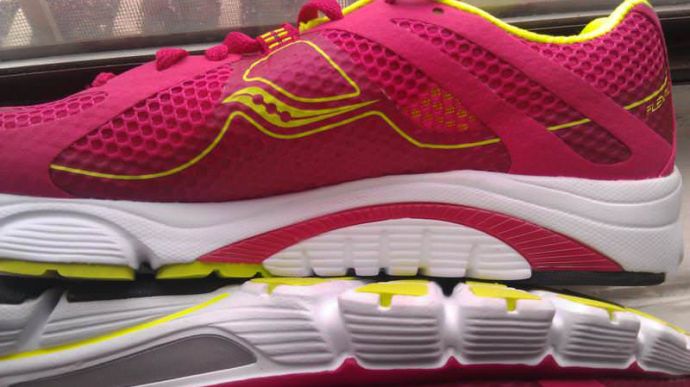 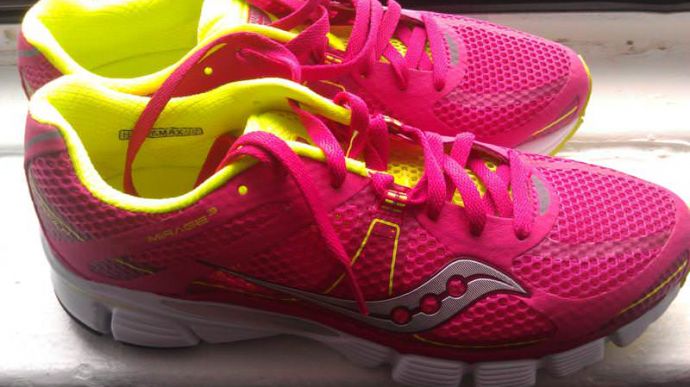 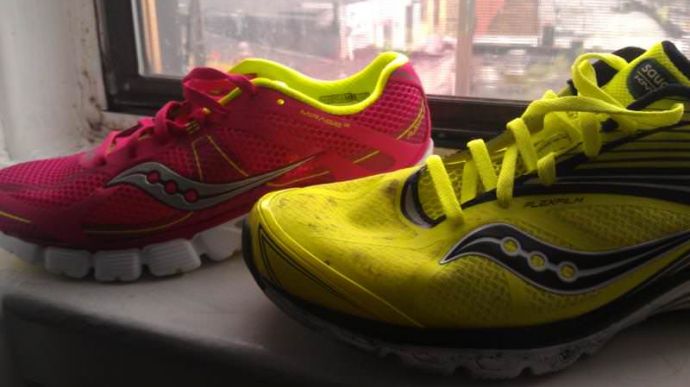 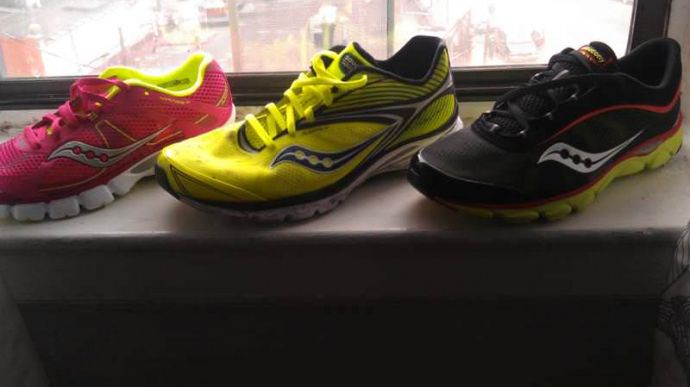 The Mirage 3 is a flexible, responsive shoe with a smooth ride and a touch of cushion. It’s a great option for everyday training and its low weight also makes it well suited for speedwork and racing.
WHERE TO BUY
LOWEST PRICE
$110
SHOE INFO
Saucony
Brand
Saucony Mirage 3
Model
Stability
Type
8.6 oz (M); 7.5 oz (W) oz. (244 gr.)
Weight
110 US$
MSRP
WHO IS IT FOR
Neutral to mild overpronators looking for a lighter weight shoe with a more minimal feel that encourages a midfoot strike pattern with a softer feel and a touch of support.
Help me choose

The Mirage 3 is the latest addition to Saucony’s Natural Motion Series, and saw significant changes in this update.

Shedding a full ounce, and featuring a more flexible sole unit, softer cushioning, and a 4mm heel-to-toe drop, the Mirage 3 is light and fast, but still provides a touch of support.

The Mirage 3 performed well on roads and the track, and is meant to be a hybrid shoe, blending more minimal elements, such as a lighter weight and a 4mm heel to toe drop (to encourage a midfoot strike), while still maintaining some support elements.

It’s a good option for neutral runners or runners who have mild pronation issues that are looking for a lighter, more minimal shoe.

After struggling in more heavily cushioned shoes, I began looking for a slightly more pared-down option. I began with the Saucony Kinvara, and liked the fit and ride, but with a history of stress fractures, I found that I needed a little more cushion.

The Mirage 3 seemed to fit the bill with its soft feel, lighter weight, and low heel to toe drop, so I was excited to give them a try.

I took them out for their first run the day after they arrived. Immediately, I knew that I had found was I was looking for in a new shoe. The ride was smooth like the Kinvara, with that extra bit of cushion that I had been missing before.

I loved the snug fit, and I felt like I had been running in them for years from day one. While the Mirage 3 most definitely offers a softer ride than the Kinvara (and its predecessor, the Mirage 2), it doesn’t have the heavy cushioning and thicker soles of more traditional shoes like the Ghost 5 and the recent Adidas Boost.

As a neutral runner, I didn’t notice the guidance elements in the shoe, which I was initially concerned about, so the Mirage 3 probably would not be a good choice for runners with serious pronation issues.

Mirage 2 users will see the most changes in the sole unit. One of the biggest issues that Saucony addressed with the Mirage 2 was its stiffer harder sole. The Mirage 3 is extremely flexible, and offers a much softer ride than its predecessor. As a result of the increased flexibility and softness, the Mirage 3 is more responsive, and allows the runner to feel the road.

To achieve the additional flexibility, Saucony added a groove along the outsole, bringing the total number from three to four, by reducing the size and making the grooves deeper than in the Mirage 2. In addition, the plastic supportive insert on the bottom of the sole was made smaller, to add additional flexibility.

A smaller heel to toe drop makes a midfoot strike pattern easier because the flatter platform allows the foot to land evenly. The beveled heel on the Mirage 3 also adds to the flatter foot position. The Mirage 3 would definitely fall in the middle ground between traditional running shoes and barefoot-style shoes like Vibram Five Fingers and other non-cushioned shoes. Instead, it allows runners that feel they need some cushioning and support to run in a shoe that encourages a midfoot strike. For me, this balance has worked extremely well, and I’ve loved running in the Mirage 3.

The upper unit of the Mirage 3 is smooth, light, and snug. Saucony used its FlexFilm technology, which is applied using heat, for the overlays, which not only creates a smoother upper, but also helps to lower the overall weight of the shoe.

The upper mostly consists of mesh, with the FlexFilm applied around the toe and along the sides. Rounding out the upper is a bit of cushioning on the collar for additional moisture wicking and comfort.

The upper hugged my feet nicely, and I found that the toe box had plenty of room, even with thicker winter-weight socks.

In general, the upper performed very well, and I loved the smooth, snug feel. While shoes that are completely waterproof are difficult to find outside of the trail category, I found that they held up as well as expected in rainy conditions.

Running through some deeper puddles and steady rain did result in wet feet, but no more than I’ve experienced in other shoes. I was most impressed, however, to see just how quickly the Mirage 3 dried. After a particularly rainy morning run, I put a little newspaper on the inside and left them near my desk, and by lunchtime four hours later, they were completely dry and ready for the next run.

I’ve loved the Mirage 3, and it’s a great option for runners that are looking for a middle ground between traditional stability or neutral shoes and the more minimal options available.

Most telling, for me, is that I never noticed them on the run—they simply did their job without forcing my feet into a different position and allowed me to feel the ground. The outsole did seem to wear down faster than expected, but otherwise, there was little for me to complain about with these shoes.

Some Mirage 2 users may find that the upper is slightly tighter in this iteration, and the outsole is softer and more flexible, so those that liked the firmer sole on the Mirage 2 or have wide feet may want to take the Mirage 3 for a test run before purchasing. As a runner looking for a more natural feeling shoe, the Mirage 3 has been a fantastic shoe for me: it provides the cushioning I need and the flexibility I’ve been looking for.

We thank the nice people at Saucony for sending us a pair of Mirage 3 to test. This did not influence the outcome of the review, written after running more than 50 miles in them.