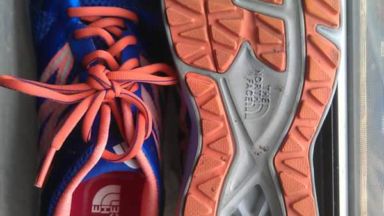 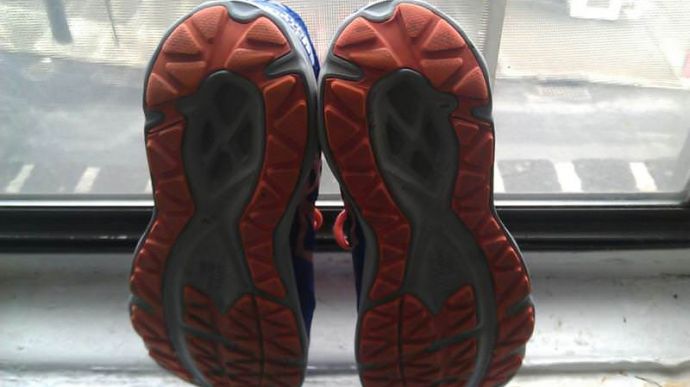 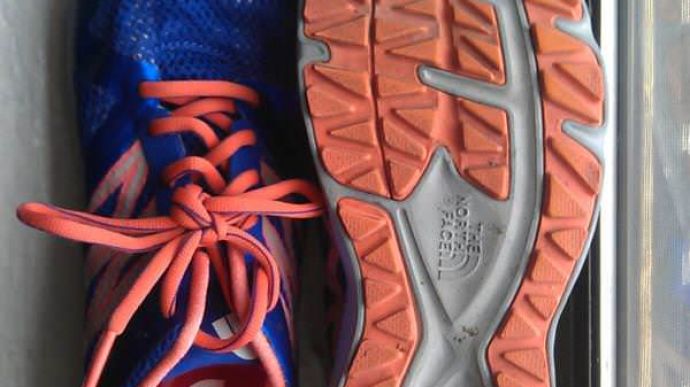 The North Face’s Hyper Track Guide is a versatile, flexible shoe that performs well on the roads and smoother trails. It’s a great all-around shoe for neutral runners, performing best on speedier runs on the trail.
WHERE TO BUY
LOWEST PRICE
$120.00
SHOE INFO
The North Face
Brand
Hyper Track Guide
Model
Trail
Type
9.4 oz (M); 7.9 oz (W) oz. (266 gr.)
Weight
120.00 US$
MSRP
WHO IS IT FOR
Neutral runners that like to run on both trails and roads, and don’t want to swap out different types of shoe
Help me choose

The Hyper Track Guide is the North Face’s latest attempt at a trail shoe, and is meant to be used on both the roads and on trails.

It’s a lightweight trail shoe, clocking in at just over 9 ounces for men, and also boasts an 8mm heel to toe drop, to make it friendlier to midfoot runners and those attempting to transition to a midfoot strike.

It’s a good option for runners that like to run on trails and roads, but don’t want to invest in a trail-specific shoe.

The North Face Hyper Track Guide was designed to perform on both types of surface, and I was curious to see how they would hold up.

After unboxing them, I was surprised to see how light and flexible the Hyper Track Guide is. It weighs in at about the same weight as a typical neutral road shoe, and the sole wasn’t overly thick or stiff, looking more like my Saucony Mirages than the heavier, stiff soled, gritty trail shoes I had been envisioning.

Taking them out for their first run on Van Cortlandt Park’s Tortoise and the Hare trail, a varsity cross country trail, the Hyper Track Guides felt as natural as can be as I crossed over thick rocks, tree roots, dirt, and several sections of railroad ties. Unlike the road shoes that I was accustomed to wearing, I did notice a bit more stability as I ran over the rockier and more difficult sections as well as a little extra traction.

On the road, the Hyper Track Guide felt much lighter than expected, though they were a little stiffer than some of the other shoes I currently have in my rotation (the Saucony Mirage 3, Brooks Ghost 6, and the Adidas Energy Boost). I appreciated the extra traction on rainy days running over slick streets and sidewalks and early spring sleet.

The Hyper Track Guide is meant to be a hybrid trail-road shoe, and blends a lighter overall weight and trimmer profile when compared to typical trail shoes. Unlike most trail shoes, the Hyper Track Guide doesn’t have a rockplate, and instead has high-abrasion rubber outsoles to protect the runner and the sole unit from sharp rocks. The lack of a rockplate allows for more contact with the ground and a more responsive ride, though it may cause problems on extremely rocky or craggy terrain.

Following recent trends of lower heel to toe ratios, the Hyper Track Guide also boasts an 8mm offset between the heel and the toe. This lower offset makes it easier for midfoot strikers to maintain their natural footstrike, and also helps those who want to transition into a midfoot strike by making it easier to land on the midfoot.

The rest of the sole unit is composed of a slightly stiffer cushioning than most road runners are likely accustomed to. While I didn’t notice the additional stiffness on the trails, I did notice it somewhat when I hit the roads.

The upper unit of the Hyper Track Guide is one of my favorite parts about the shoe. The interior is smooth and soft, meaning chaffing and blisters were never an issue, even on rainy runs. Adding to the comfort factor is a small amount of cushioning around the collar of the shoe, which also helps to hold the foot in place.

The upper also features open mesh to keep the feet cool, which also means that the shoes dry out quickly after wet runs. The upper is no-sew, which means that all overlays are bonded to the shoe, making for a smoother interior and trimming the weight slightly.

The overall fit was roomy, and I ended up relacing them for a tighter fit, though runners with wider feet may not have this issue.

Overall, the upper performed well, and I loved the smooth, cushioned feel. It’s important to note that the open mesh means that these shoes aren’t waterproof. I didn’t find it to be an issue on my runs, but those accustomed to a completely waterproof trail shoe won’t find that in the Hyper Track Guide.

Their performance in wet conditions was on par with other road shoes I’ve tried recently, such as the Saucony Mirage 3.

For most runners, I would recommend going a half size down from your usual size for the best fit.

I definitely preferred the Hyper Track Guide on the trail. While I didn’t get the opportunity to try them out on extremely technical trails, they performed great on the easy to intermediate trails I was able to test them on.

I appreciated the extra stability over rocks, roots, and loosely packed trail cover, especially because I hadn’t realized just how much of a difference a trail shoe can make on less technical trails.

Their lighter weight than traditional trail shoes and the comparative flexibility made them much more approachable than the beefed-up trail runners I had always assumed were the norm. I loved the snug, smooth upper, which dried quickly even after running in the rain, mud, and through puddles. For road running, I’ll probably stick with my more general-purpose road shoes, however.

We thank the nice people at The North Face for sending us a pair of Hyper Track Guide to test. This did not influence the outcome of the review, written after running more than 50 miles in them.