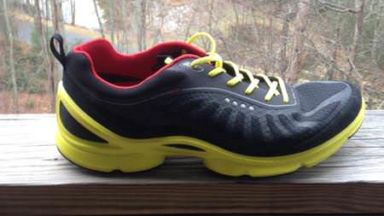 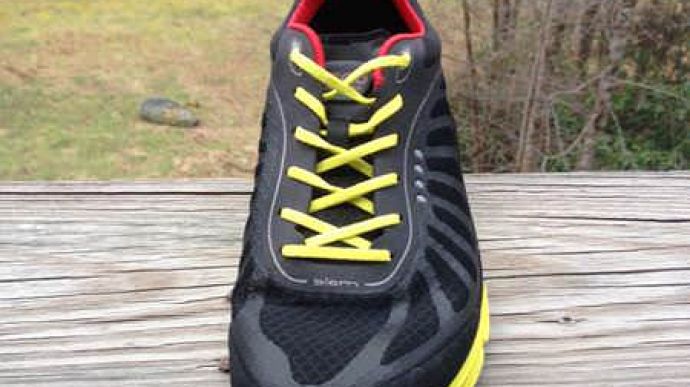 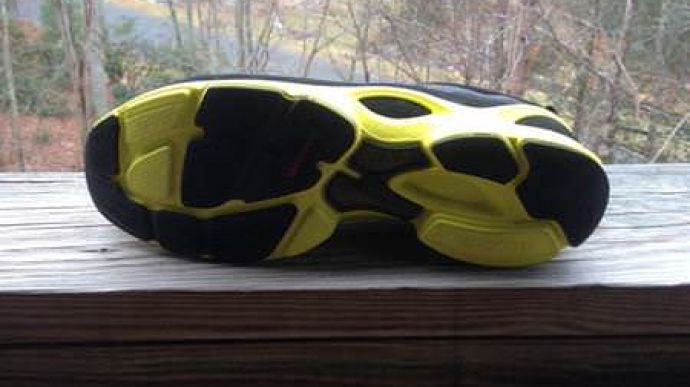 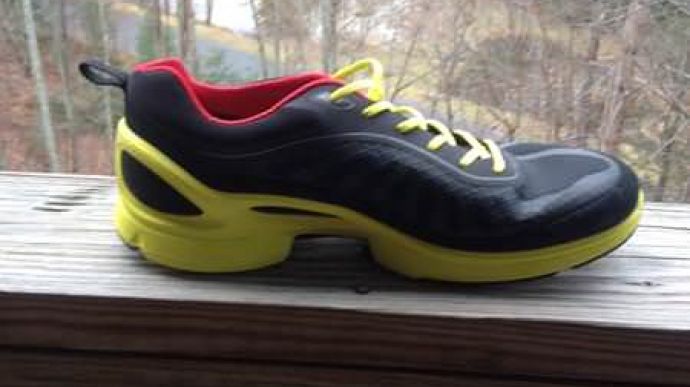 The ECCO Trainer Pro did not suit my personal taste in running shoes very well, but does fill the cushioned neutral category for the company as a whole. A host of runners will love the broad platform, dense cushioning, and comfortable upper for their daily training.
WHERE TO BUY
LOWEST PRICE
$160
SHOE INFO
ECCO
Brand
BiomEvo Trainer Pro
Model
Cushioning
Type
11 oz. (312 gr.)
Weight
160 US$
MSRP
WHO IS IT FOR
Larger runners wanting a plush, no-expense-spared training shoe, or for those who are injury-prone wanting to maximize cushioning at ground strike.
Help me choose

ECCO is a Danish company that has been making quality shoes for over fifty years now. Better known for their dress and casual footwear, ECCO entered the running shoe industry several years back with the introduction of their Biom line.

These shoes employed novel technology, minimalist philosophy, and functional designs to better mimic the foot’s natural motion through the gait cycle. The new Evo Trainer Pro is the company’s response to other well-built, go-to trainers such as the Asics GT-2000 and Brooks Glycerin.

I really enjoyed my pair of ECCO Evo Racers that I received in the spring, so when the call came down to test their new Trainer Pro, I was glad to accept the chance to review them, as well. Our contacts at ECCO were even kind enough to send their newest model of trainer that had been updated a good deal from the fall model.

To be clear before I begin my review, I typically train in very lightweight, fairly minimal footwear so anything that deviates from my usual shoe is going to be a mild ‘shock’ to my body. The ECCO Evo Racers were a nice blend of minimalism and cushioning, but the new Trainer Pros were more akin to a traditional running shoe platform of several years ago.

When I first pulled them from the box, I noticed their heft right away that was a stark contrast from the Racer (which isn’t super lithe, either). There was a good deal more ‘technology’ to help stabilize the foot on this model, and the outsole was very well cushioned from the heel to the forefoot.

I slipped them on, and went for a short run near my home to test them out right away. Having just completed a marathon a few days before, I was in recovery mode and only jogging lightly for a while, giving me a nice period of time to get the feel of the shoe at easy paces.

After a few runs in the ECCOs, several things were quite clear. The shoes were very firm with a jarring ride that I was not used to in a trainer. They provided great cushioning, but with my weird, “directly on the mid-foot” ground-strike, I was landing on plastic with each stride. Moving quickly in them was a burden, and going uphill I felt like there were weights attached to my feet.

Again, if you are used to shoes with higher heel-to-toe ratios and lots of well-designed cushioning, then this could be your dream shoe, but they were not for me. Call it a philosophic difference in design preference, and nothing more. The quality is there, and the technology is sound.

The outsole of the new EvoTrainer Pro moved away from the entirely polyurethane sole of the Racer, and was replaced by a blend of rubber mixed with the previous material. This was done to enhance durability, which I think will be well-accomplished. My Racers are still going strong after 300mls, and I think the Trainer Pro could see well over 500mls before retirement.

The forefoot flex is minimal, which would be just what the doctor ordered for those with any metatarsal issues. I stepped down hard on a rock while running in 2010, and the only shoes I could run in for 2-3 weeks had a very stiff foot plate. That shoe was the Saucony Ride 2, and this shoe is very similar to that particular model.

The heel bed and groove structure on the outsole are quite ergonomic, allowing the shoe to compress at certain target points at impact. However, I think some of these features are over-built and thereby prevent the foot from moving through a “natural” range of motion as advertised. Only barefoot running is truly “natural”, and shod running is just that; no shoe company can really duplicate how the foot moves uninhibited, for better or worse, despite claims to the contrary.

The upper on the ECCO Evo Trainer Pro is made of a synthetic blend that wraps the foot in secure comfort while running. The tongue is constructed of a unique “one-way” design. Meaning, the tongue opens from the lateral portion of the foot on one side, but not the other to enhance comfort and fit.

The upper is very comfortable, and will definitely keep the foot warm on winter runs. The laces are very secure, and I haven’t had any issue with them coming untied on runs.

Unlike the Racer, the Trainer Pro does include an insert. However, the shoes STILL FIT VERY LARGE. I typically wear a nine in running shoes, but the ECCOs were an 8-8.5 (their size 42 Euro). They seem to run ‘longer’ rather than ‘wider’ as far as sizing, so keep this in mind when buying.

The ECCO BiomEvo Trainer Pro is a solid shoe made with top quality materials. While it doesn’t embody my favorite aspects in a running shoe, many runners will love its support, comfort, and ergonomic design features. It provides great cushioning for long runs and recovery jogs, and will be best suited for larger runners with mild to moderate over-pronation.

We thank the nice people at ECCO for sending us a pair of BiomEvo Trainer Pro to test. This did not influence the outcome of the review, written after running more than 50 miles in them.