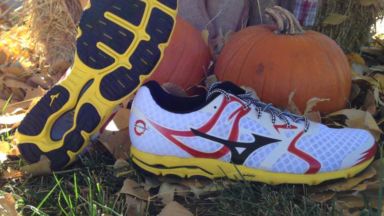 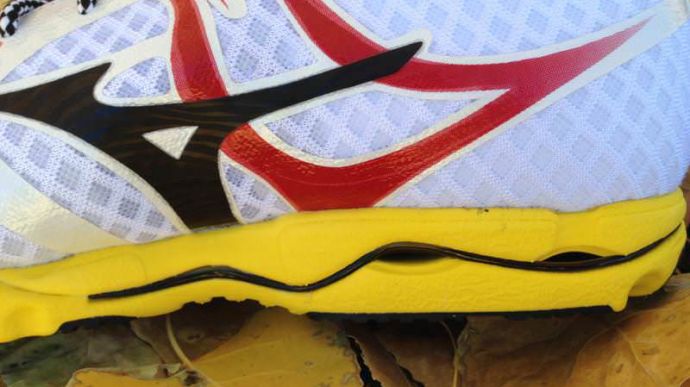 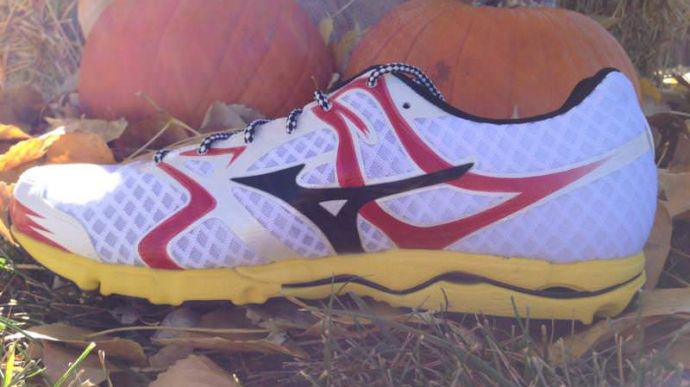 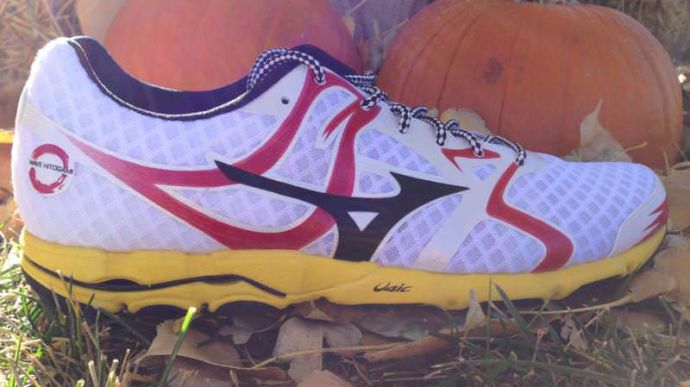 The Hitogami is a great race day choice for a wide variety of runners. Mizuno has done a great job of taking the strongest attributes of two great racing shoes and creating a single racing shoe that previous wearers are sure to love.
WHERE TO BUY
LOWEST PRICE
$100
SHOE INFO
Mizuno
Brand
Wave Hitogami
Model
Racing
Type
7.4 oz. (210 gr.)
Weight
100 US$
MSRP
WHO IS IT FOR
Neutral runners and mild overpronators wanting a lightweight, smooth, decently cushioned race shoe for distances ranging from 5k up to marathon. The Hitogami would also be a great option for runners looking for a shoe for faster runs and track workouts.
Help me choose

The Hitogami is Mizuno’s newest racing shoe that has sprung to life from the now retired Musha and Ronin models. While this evolution may have many fans of these models hanging their heads in defeat they should really give the shoe an honest try. I think that many will find that not only has the Hitogami replaced the Ronin and Musha but actually might be a better shoe.

The Hitogami take its inspiration from Japanese Kabuki theatre, where actors painted their faces or donned masks to transform themselves into human gods. While simply putting these on could transform a person into a running God is a bit of a stretch, but they certainly could help evolve an average runner into a much faster one.

Out of the box the look of the Hitogami is very subtle, sleek, and impressive. The shoe boasts, at least the pair I received, no loud colors or design features that immediately stood out. The sole unit resembled the same appearance of both the Musha and Ronin.

In my hands the shoe was very lightweight and flexible. Once on my feet the Hitogami had a nice fit that was snug in the midfoot that led into a roomy forefoot.

So the biggest selling point of the Hitogami is the new U4ic (euphoric) midsole compound which replaces AP+ that was used in both the Ronin and Musha. This newer compound supposedly has all the same properties of the AP+, but is 30% lighter making it more suitable for faster speeds. While I cannot accurately compare the two as I have never worn a shoe with the AP+ compound all I can do is accurately describe the feel.

The Hitogami is a slightly softer racing shoe with a hint of sponginess to it. The shoe is very responsive particularly through toe off. The Hitogami also offered great impact protection particularly in the forefoot.

A lot of skepticism surrounding the Hitogami is how Mizuno could incorporate enough support features to make it comparable to the Musha. While the shoe incorporates Mizuno’s wave technology to actively engage guidance to control pronation it also has one other feature to help sweeten the pot. The shoe has a nice wide toebox and low 9mm heel to toe drop (the same as both the Musha and Ronin).

This flat sole and low taper create a wonderfully stable platform that supports the foot as it pronates through the gait cycle. This platform also initiates a very smooth and quick transition. The 9mm drop also assists to create greater running efficiency by promoting a more midfoot to forefoot strike.

In the outsole blown rubber in the forefoot provided good traction on both paved and lightly graveled surfaces. X10 rubber completes the heel of the shoe and thus far has proved itself to be fairly durable.

The Upper of the Hitogami has a design note that is worth mentioning. When the Two shoes are placed side by side with the laces facing each other the graphics form a Japanese mask. I for one appreciate the effort as they are definitely unique. Moving on, the upper uses a seamless design concept that begins with a thin breathable mesh material.

The shoe is given structure and good midfoot support thanks in part to it’s uniquely kabuki inspired welded overlays. The shoe is secured with round braded laces atop a very thin and minimally padded tongue, all of which kept the shoe locked down and caused no irritation on any of my runs.

The upper altogether provided a very comfortable and breathable fit. It was highly flexible and seemed to move very well with my foot.

Most Runners tend to be finicky when it comes to our shoes, so when we find what works we stick with it. So when our favorite shoe gets altered or changed most often times these changes are met with great skepticism and resistance. Now Mizuno has taken two popular race shoes and combined them to form one.

Holy cow! The sky must be falling right? Well I have news for you not only is everything going to be ok, but life may have actually have just gotten better with the evolution of the Hitogami.

While I must admit that I am not a fierce or loyal fan of the Musha or Ronin I did have my reservations about the Hitogami. I mean creating something totally new that is supposed to take the place of two? Ludicrous! However, they have done it.

Mizuno has done a superb job at creating a great race day shoe that is not only fast, responsive, and lightweight but offers some stability features to runners that need it and, in my opinion, exceeds its predecessors. I feel confident in recommending the Hitogami to past wearers of the Ronin and Musha along with any runner looking for a solid race shoe.

We thank the nice people at Mizuno for sending us a pair of Wave Hitogami to test. This did not influence the outcome of the review, written after running more than 50 miles in them.