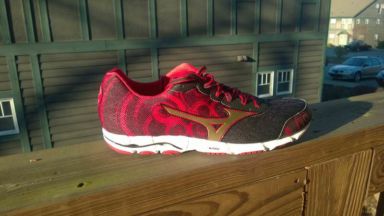 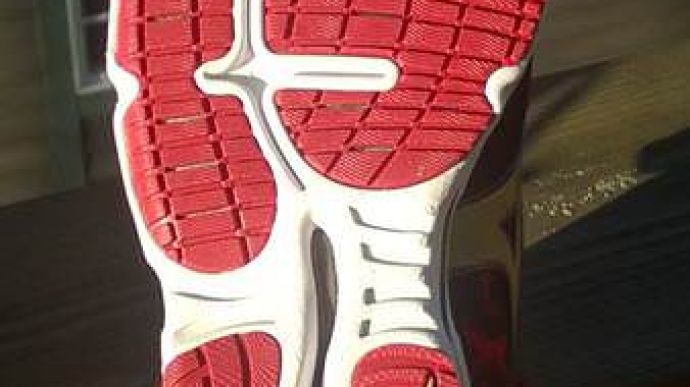 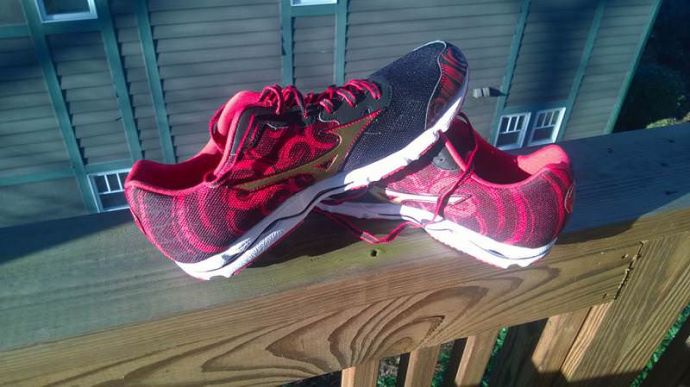 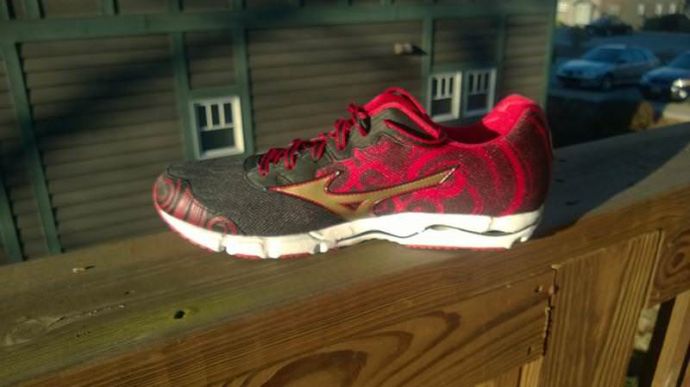 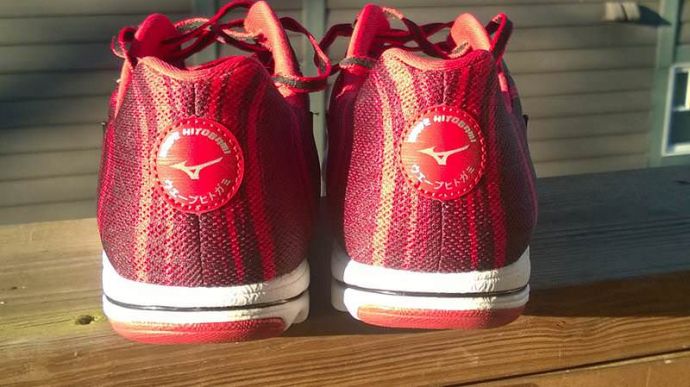 The Mizuno Wave Hitogami 2 follows the first edition’s fit and feel specifically geared towards long distance racing. With a lower-profile design than many Mizuno offerings, the Hitogami 2 will please many runners looking for greater proprioception off the ground and a smooth turnover at faster paces. For daily training, the Hitogami 2 lacks some of the comfort and support Mizuno fans expect, but brand loyalists will appreciate where this particular offering falls in the company’s diverse line of footwear.
WHERE TO BUY
LOWEST PRICE
$100
SHOE INFO
Mizuno
Brand
Wave Hitogami 2
Model
Racing
Type
7.6 oz. (215 gr.)
Weight
100 US$
MSRP
Wave Hitogami
Previous model
WHO IS IT FOR
Neutral runners looking for a marathon-specific racing shoe or up-tempo trainer
Help me choose

While I did not own the first edition of the Mizuno Wave Hitogami, I owned both of the shoe’s “parents”, so to speak. Pulling the shoe from the box, I recognized immediately that Mizuno was trying to blend the fast, lightweight features of the Wave Ekiden and the responsive cushioning of the later Wave Ronin models into one well-bred offspring. With that said, I felt that the Hitogami 2 at least had a high pedigree if nothing else.

Taking it on the road for a five mile spin, my enjoyment of the shoe was initially detracted by a blister that I felt forming on top of my left little toe. There seemed to be a crease where the laces met the toe box that was pinching my foot.

I realized when I returned home that the tongue had folded a bit at this spot in the shoe, and that was what caused the hot spot. I loosened the laces a bit over the area, and was very careful with the tongue on my next outing. Since then, I haven’t had any blister issues with the shoes.

The ride is very nice on the road with sufficient traction to run on light trails with ease. The Hitgoami 2 definitely feels best at quicker paces, as the staccato responsiveness of the shoe will definitely allow you to roll along at a good clip.

While not the lightest racer on the market, marathoners will be very pleased with the ample cushioning, close to the ground feel, and firm push-off the shoe allows for the 42K distance. Heavier runners targeting the 10K-Half Marathon will find a sweet spot here, too.

Having put 60mls on the shoes as of this writing, I really enjoyed the Hitogami 2 for fartleks and tempos on the road. They allow for more heel comfortable striking than many flats, as is typical with most Mizunos, but this is great for when muscles fatigue at the end of a hard session.

Overall, my impressions of the Hitogami 2 have been quite good, minus the initial blister incident.

The sole unit of the Mizuno Wave Hitogami 2 features, drumroll, a Wave plate under the standard cushioning in the shoe’s outsoles. There aren’t any frivolous materials added here, and this model does not have a plastic arch separation that I personally have to avoid with running shoes.

This is perhaps the most level Mizuno I have worn, as the brand is known for more of a high heel/rockered outsole enabling the runner to transition from rear to forefoot with fluidity.

However, I strike the ground just behind the medial arch which can make for an awkward ride if there is too much empty space at that point in the sole.

If one has ever worn the Wave Ekiden, the sole is similar to that model but features a good bit more added cushioning to protect the feet over the long haul.

The only issue I see with the outsole is the potential for a shorter lifespan, as the shoe was already showing some wear as of this writing.

I was a bit disappointed with the upper of the Wave Hitogami 2. It is very basic in construction, and I can’t ignore the blister issue that I experienced due to a mobile tongue and seam over the toe box.

The Wave Ronin 5 featured an excellent, supremely comfortable upper that wrapped the foot like a glove, so perhaps I am a bit spoiled to that experience from the brand’s mid-weight racers.

I would love to see the third installment of this shoe feature that particular upper with the shoe’s current outsole; that would make a fine flat, indeed. Even with that said, the color way I received was very redeeming. The black, gold, and red make for a nice aesthetic that would look sharp on the starting line of one’s next race.

The Mizuno Wave Hitogami 2 would satisfy many runners looking for a lightweight trainer or marathon-specific racer. The price tag is quite affordable, and I feel that the durability would at least equal that of most traditional flats on the market.

The only technology presented here is the brand’s trademark Wave unit, so don’t expect too many frills with the shoe. Mizuno fans will appreciate the sturdy construction and balanced ride, while company new-comers will find a nice introductory model into Mizuno’s current offerings.

We thank the nice people at Mizuno for sending us a pair of Wave Hitogami 2 to test. This did not influence the outcome of the review, written after running more than 50 miles in them.