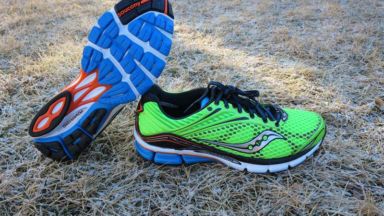 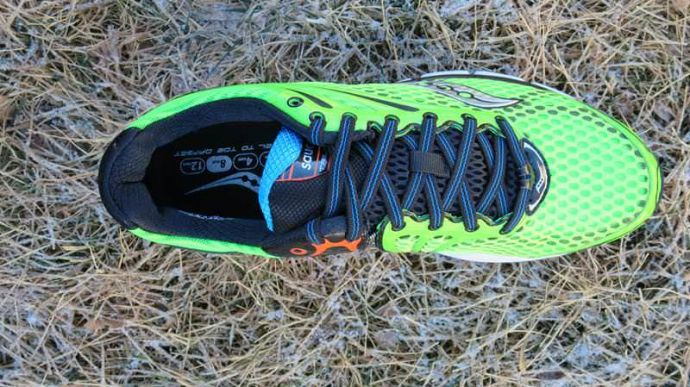 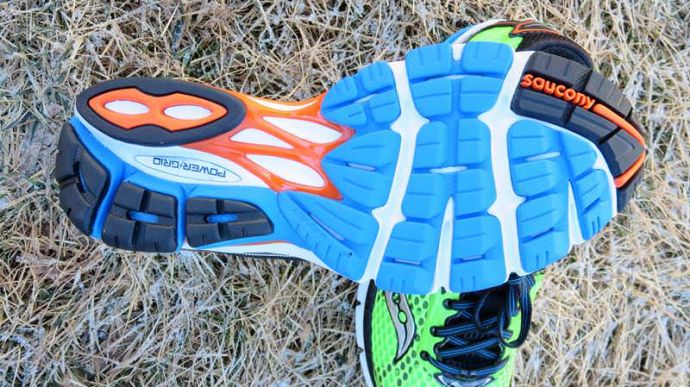 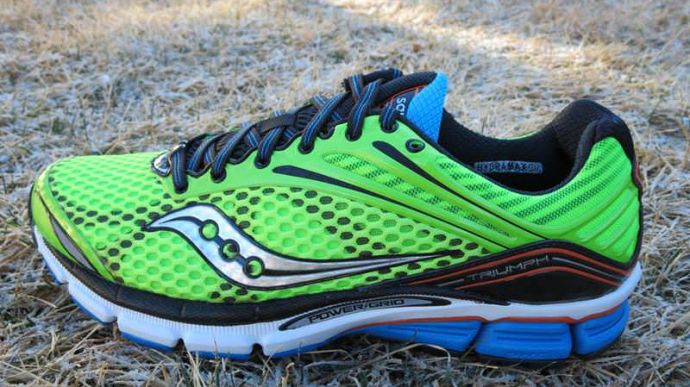 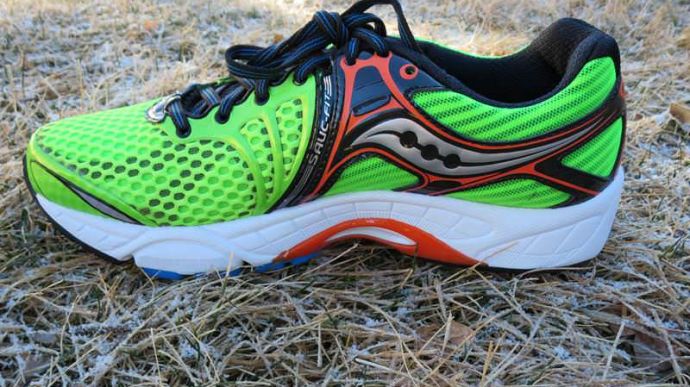 The Triumph 11 from Saucony is a shoe that has undergone very little change over the last three years, which is way it maintains a loyal following. Saucony kept this update mostly in the color of the upper and what you can expect is the same great and dependable Triumph.

Saucony Triumph 11 Upper: The biggest changes here come in the upper for the Triumph 11. Several additional welded on overlays were added to improve the fit over the last incarnation which adds a whopping .2 oz to the overall weight. On can expect a very plush feel around the heel collar and this is an upper that really pampers the foot.

Open air mesh provides breathability for most of the foot and a well padded tongue protects the top of the foot underneath stretchy flat laces that stay tied very well. Why these laces haven’t become an industry standard on road shoes I will never know, but they are one of my favorite features of Saucony shoes.

SSL EVA is a very lightweight foam that feels very springy and is featured here prominently through the forefoot. Being a mid foot runner I appreciated a fully featured shoe that doesn’t expect me to heel strike. Saucony also kept the heel drop of the Triumph at 8mm which also helps with transition.

There is a Midsole Support Bridge, a thermoplastic unit, which runs from the heel to the mid foot and decreases torsion through the foot strike. This does reduce flexibility a bit despite flex grooves in the heel and forefoot. But, flexibility does improve with additional runs in the shoe.

Saucony uses IBR+ outsole rubber in the forefoot which seems to add to the well cushioned feel of the Triumph 11, and it is also a fairly sticky rubber that performs well on wet roads.

About two years ago I rated the Triumph 9 and I gave it an 8 out of 10. Why the change? Isn’t this the same shoe essentially? Yes, it is, but Saucony has not reduced the weight in any way (something I consider to be an easy improvement to make given the advances in foams over the past two years) and the shoe is now $140 which puts it far out of my price range.

To me, this is a shoe that Saucony should be charging $20-$30 less for as the look and materials seem outdated to me. Compared to the new Saucony Ride 7 coming out this spring/ summer the Triumph looses a great deal of luster.

Sometimes I feel that companies price certain shoes to be their coup de gras and price hikes become a manner of keeping up with the Joneses rather than creating innovation. I wouldn’t necessarily recommend a customer to buy a Triumph over a more advanced shoe such as Saucony’s Cortana, which costs only ten dollars more and saves you nearly two ounces!

So, I don’t mean to dog on anyone’s perennial favorite shoe here, but I would like to see some innovation in the Triumph and my guess is that a complete overhaul is probably around the corner.

Don’t get me wrong, this is a fantastic shoe. But to release a “new version” every year with exactly the same features seems silly and is misleading to runners. They could still be making the Triumph 9 in different colors and nobody would know the difference.

We thank the nice people at Saucony for sending us a pair of Triumph 11 to test. This did not influence the outcome of the review, written after running more than 50 miles in them.