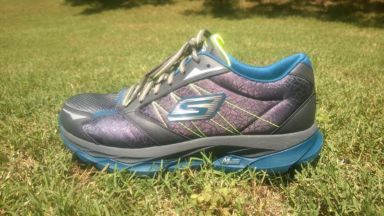 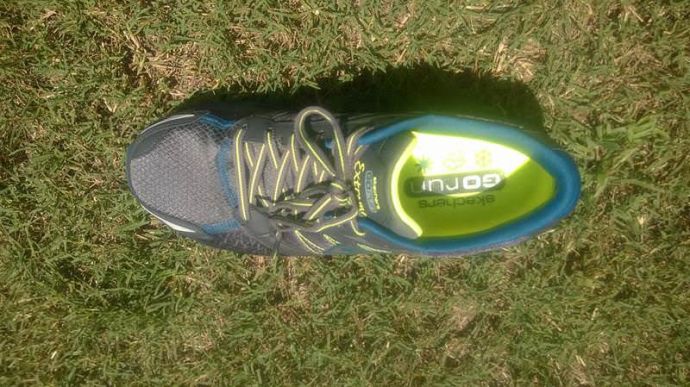 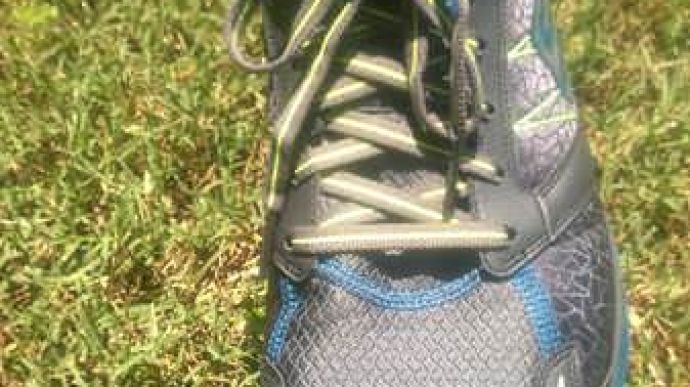 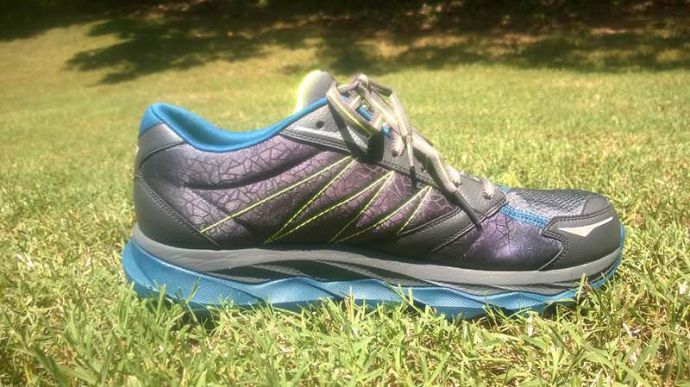 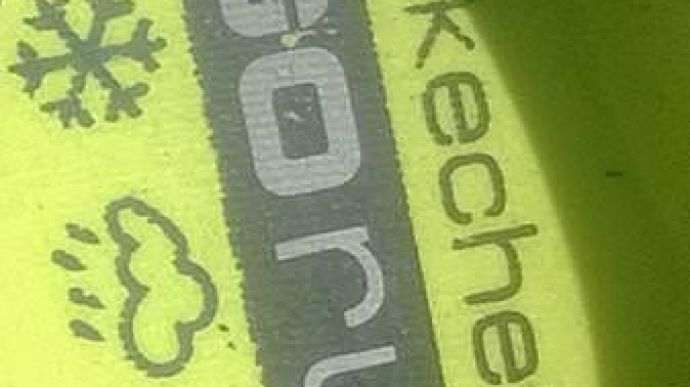 The Skechers GoRun Extreme is a maximally cushioned neutral trainer suitable for a variety of running surfaces. Featuring a water-repellant upper for wet weather conditions, the Extreme is a great choice for training in rain or snow. This shoe would also be a prime candidate for ultra-marathoners needing plenty of cushioning for the long haul. The high-traction outsole grips even technical trails with ease, but the shoe’s volume can feel clumsy under foot at times and dampen stride elasticity at faster speeds.
WHERE TO BUY
LOWEST PRICE
$85
SHOE INFO
Skechers
Brand
GoRun Extreme
Model
Cushioning
Type
9.8 oz. (278 gr.)
Weight
90 US$
MSRP
WHO IS IT FOR
Neutral runners wanting maximal cushioning for the long haul.
Help me choose

With Meb’s success at the 2014 Boston Marathon, Skechers has become a household name as a quality manufacturer of running shoes. For a few years, I was skeptical of street brand’s like Skechers branching-out into the running shoe market.

However, I reasoned that after an initial introduction period, these companies had the revenue to really start producing top-shelf shoes with the right internal guidance. Thus, I think this year’s Skechers line-up is entering a purple patch in terms of design, quality, and functionality as “real” running footwear.

Skechers has stuck with trademark minimal designs for their earlier models, but I received quite the surprise in the mail for this summer’s review. I opened the box to find what I usually would refer to as a “boat” of a shoe.

“Oh, great”, I thought, “What has Skechers done here?” Note, however, that this impression was before I pulled it from the box and actually got to know my new trainer.

The coloring of the model I received is a subdued blend of gun metal gray with blue-green trim. I could see this as a great winter color way, as it has a more serious, icy look than many in the Skechers line; a Nordic god in a Classical paradise, if you will.

The shoe is decidedly light despite its relative size. Compare this to a standard Hoka model with similar cushioning, and the Skechers GoRun Extreme is light as a feather.

I began to feel more comfortable with the shoe’s size once I slipped it on my feet and walked the dog down the driveway. It sounds cliché, but I compare the sensation in the Extreme to walking on clouds.

All that was left to test, more importantly, was if the ride while running felt as plush as it did while strolling around the yard.

I took the Skechers out for its first run on a packed dirt path around a local lake. It was a warm morning and I was recovering from a race the previous day, so my intention was to simply bop along for an hour or so at a leisurely pace.

After a while, I got bored of the loop and wondered if the Extreme’s seemingly aggressive outsole would feel alright on the road. Lo and behold, the shoe felt exceptionally good on the paved surface, as well.

Since that first run, I’ve come to several conclusions about the Skechers Extreme. The ride is soft, bordering on squishy, but I expected that with the shoe. The stack height isn’t awkward like one might expect, but it isn’t particularly fast either.

The impact shock of each stride on any surface is dissipated into the cushioned outsole, and your legs feel like they could run for hours on top of their platform.

I especially enjoy the shoes on long descents where you can let-off the break and really fly downhill. Going up, you won’t climb particularly fast, but the full-foot ground feel allows you to focus on good form in the Skechers without thinking about your shoes and feet.

The most similar shoe to the Skechers GoRun Extreme that I have worn recently is the Pearl Izumi Road N2, although I must say that running in the Skechers is a more pleasurable running experience for long runs, non-technical trail outings, and recovery jaunts.

When I get out of bed many mornings, my feet are stiff from the previous day’s training and want little to do with my collection of very light, firm, minimal trainers. This is where the Skechers GoRun Extreme shines the most in my opinion.

The cushioning helps get me out the door at a normal running pace rather than shuffling around on sore legs for a half-mile or more. I enjoy the fact that the sole works with the runner, allowing for some error in mechanics when tired (after a hard run or late in an ultra-marathon) without causing undue muscle break-down along the way.

The outsole is comprised of a blend of traditional cushioning materials that does indeed absorb a high level of shock, putting energy into the legs rather than sapping it out of them.

It features a series of rounded rubber traction points that are only noticeable when running on soft or slick surfaces. On the road, you can’t notice anything but the cushioning as the studs simply disappear.

Despite the high-level of traction, I wouldn’t recommend this shoe for really technical trails as the general breadth of the shoe underfoot might cause you to trip. I know runners who wear Hokas and the like over severe rocks and roots, but I would fall on my face in a shoe that “high” off the ground.

With the upper, we finally get to why Skechers termed this model the Extreme. The upper’s blend of tightly woven fabric and water resistant materials makes it a great choice for bad weather runs.

I did a test with a gray pair of socks one day in the rain to see if my feet got wet under the upper. It was drizzling heavily outside when I set-out on my run, and after an hour my feet still felt very dry by comparison.

My socks had a few damp patches near the toes after I finished, but my feet remained exceedingly dry givent the conditions. Aside from this feature, the upper also features a seamless upper that is a pleasure to slip the foot into each day.

While I have only worn the shoe in the rain, it being summer, I’m sure it would perform just as well in the snow. Combine that with the high-traction tread, and you would have a serious winter trail runner on your feet.

My only concern with the rubberized lugs on the outsole is excessive wear over time. I think this would be exasperated by road running, but the cushioning would have to be pretty resilient given its inherent thickness.

The Skechers GoRun Extreme will hit a sweet spot for long-distance runners who like a lower heel-to-toe drop but still appreciate plenty of soft cushioning between them and the ground.

Combine this with a weather resistant upper, and runners have a great multi-terrain shoe for distance training and ultra-marathon racing. Again, the chief drawbacks of the shoe are lack of responsiveness and the potential for hot feet in warm conditions.

Aside from that, I have really enjoyed testing this shoe as it is refreshingly different from most of the shoes in my current rotation.

We thank the nice people at Skechers for sending us a pair of GoRun Extreme to test. This did not influence the outcome of the review, written after running more than 50 miles in them.

Visit ShopZappos
Sorry - Product not found. Please try RunningWarehouse.Com to check in their assortment.
This page contains affiliate links. As an Amazon Associate I earn from qualifying purchases.
WHERE TO BUY
LOWEST PRICE
$85