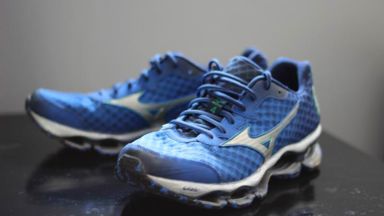 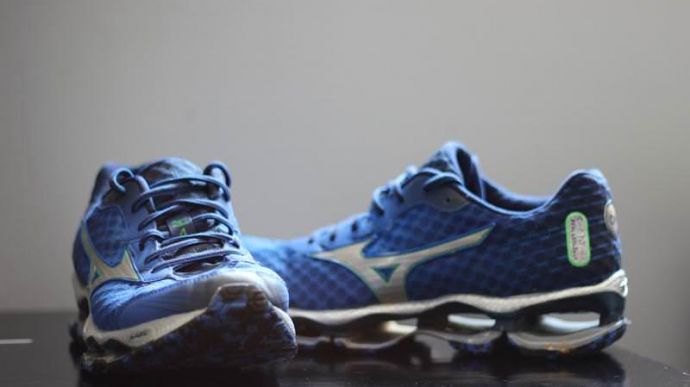 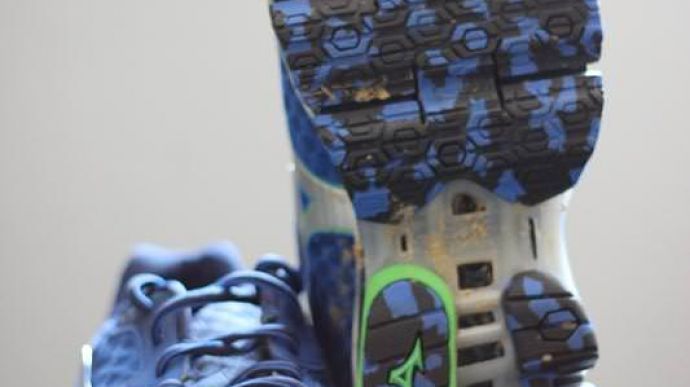 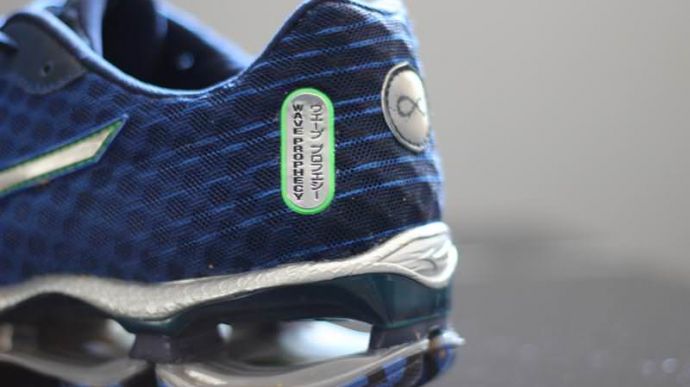 The Wave Prophecy 4 is the pinnacle of Mizuno Wave plate engineering. The shoe brings the hallmark Mizuno firm ride to another level that nearly pushes the Wave Prophecy 4 from the neutral category into stability. As such, previous fans should find a familiar ride underfoot and an improved upper on top. Neutral runners who cannot tolerate extremely soft shoes should look here. Runners who desire cloud-like softness may be disappointed.
WHERE TO BUY
LOWEST PRICE
$450
SHOE INFO
Mizuno
Brand
Wave Prophecy 4
Model
Cushioning
Type
14 oz. (397 gr.)
Weight
209.99 US$
MSRP
Wave Prophecy 2
Previous model
WHO IS IT FOR
Neutral runners who like a maximum feature, firmly cushioned and stable ride. Also, mild over pronators who find stability shoes too controlling could use the Wave Prophecy 4.
Help me choose

Four years ago Mizuno took a big risk when they launched the maximum feature Wave Prophecy amid the height of the minimalist running movement.

It might have been disastrous but the Wave Prophecy clearly resonated with enough runners to see it through three more updates.

While classified as a neutral shoe, the Wave Prophecy manages to thrive in the gray area between neutral and stability.

This is due to the dual wave plate which adds torsional stability and makes the shoe resist twisting. As a premium tier shoe, the Wave Prophecy 4 features the finest construction and design that Mizuno has to offer.

My test pair of Prophecy’s arrived looking rather sedate in a cobalt blue fade with small samples of lime green and silver accents.

The upper has been dramatically simplified since I last tested the Wave Prophecy 2. At try on, the Prophecy felt very familiar; a stable, elevated feeling ride with a heavy dose of firm cushion.

The fit was similar as well. To me, Mizuno nearly always feels medium in the heel and mid foot and then opens up in the toe box. This is the fit I found in the Wave Prophecy 4.

Mizuno designs its running shoes exclusively around their patented wave plate. Every other Mizuno shoes feature one wave plate in varying configurations to allow for, or control, motion and shock dispersion in the shoe.

These plates operate much like a cars suspension system, providing long lived cushioning and stability. The characteristic firm Mizuno ride is due to these plates as well.

The Wave Prophecy 4 features a dual stacked Infinity wave plate design that is, essentially, two plates stacked in a mirror configuration along the entire length of the shoe.

The Infinity plate is joined together by nine rubber struts that facilitate the cushioning action of the plates.

A small amount of midsole foam is found above the top plate and is constructed from Mizuno’s U4iC foam which is the re-engineered version of the previous AP+ foam found in the Wave Prophecy 2.

Additionally, a small wedge of foam is located on the medial heel to allow a bit more roll in. This foam feels like SRTouch cushioning foam but it isn’t stamped as such.

The outsole appears largely unchanged from version three which stands to reason as Mizuno generally keeps midsoles to a two year rotation.

With each update, Mizuno has stripped down the upper of the Wave Prophecy. Last year saw the use of clear, heat pressed overlays and now we are back to a more traditional synthetic material with stitched construction.

Mizuno also now has the Runbird logo sewn to the eyelet row which makes for a more consistent fit throughout the life of the shoe. The toe box cap is constructed in the same manner and with the same material as the eyelet row.

Last year, Mizuno used a honeycomb print on a solid upper and now the honeycomb is part of the weave and is covered by a fine screen mesh.

The tongue is cushy and barren of all iconography save for a small Mizuno logo and the number 4 on the lace tab.

The Wave Prophecy 4 utilizes a traditionally mounted internal heel counter and the laces are the semi flat style seen on many modern running shoes.

Inside, Mizuno has switched to a fine weave fabric as opposed to last years more robust woven interior. A look inside reveals four hidden underlays that tie the midsole to the eyelet row.

If you’ve read my reviews you’ll know that I have to use a stability shoe due to my highly flexible feet. The Wave Prophecy series has been the only neutral shoe that I’ve ever been able to run in.

This is primarily due to the extra stability and torque resistance that the Infinity wave provides. It’s not a stability shoe at all but it kind of wants to be.

With that in mind, I can imagine that some true neutral runners could find the shoe too rigid and stiff. On the other hand, my wife has a high, rigid arch and she can use the Wave Prophecy just fine.

The ride of the shoe is highly cushioned but it is also a firm cushion that does not negate all road feel from the running experience.

You will feel taller in this shoe as well. It’s a strange sensation; that of being simultaneously connected, and removed, from the road.

The fit of the Wave Prophecy 4 is exceedingly comfortable and felt broken in right from the start. I suffered no blisters or pinching at all. The honeycomb mesh offers outstanding breathability.

I ran the shoe in all conditions and it performed well in all except one. Be advised; the outsole of this shoe will slip on smooth brick surfaces if they are wet.

I have some real brick streets in my town and I’ve never noticed a shoe slip on them in any condition. The Wave Prophecy 4 did, though.

Altogether I feel comfortable recommending the Wave Prophecy 4 to neutral runners who like a firm ride and to mild over pronators who find other stability shoes too constricting.

However, bear in mind that the Wave Prophecy carries a steep price but if you love it, then its money well spent for miles well run.

We thank the nice people at Mizuno for sending us a pair of Wave Prophecy 4 to test. This did not influence the outcome of the review, written after running more than 50 miles in them.

Visit ShopAmazon.com
Sorry - Product not found. Please try RunningWarehouse.Com to check in their assortment.
This page contains affiliate links. As an Amazon Associate I earn from qualifying purchases.
WHERE TO BUY
LOWEST PRICE
$450