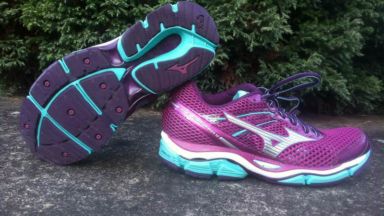 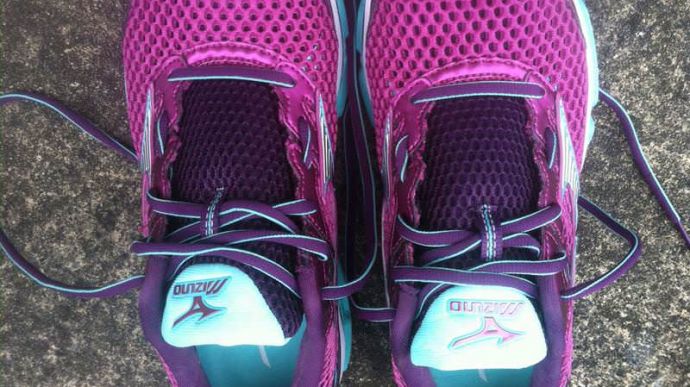 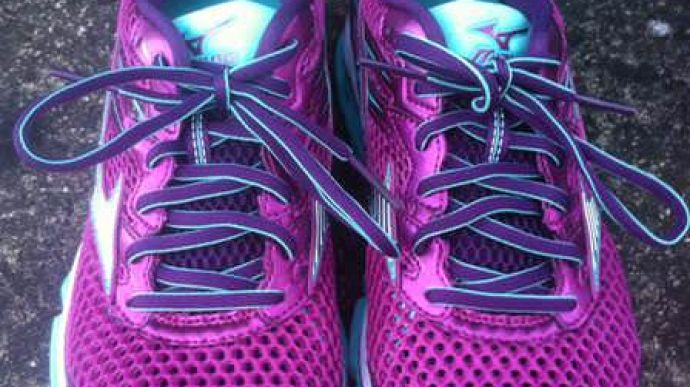 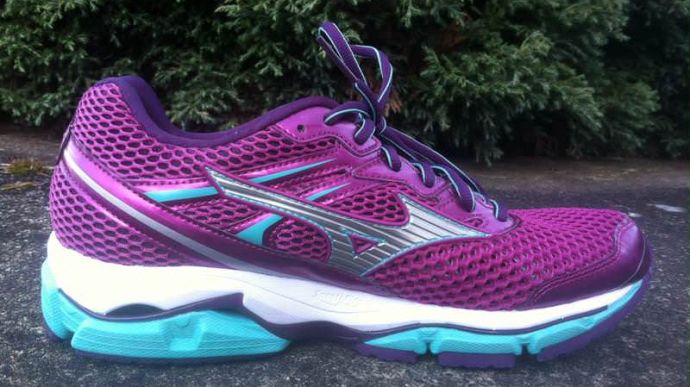 I loved them so much I probably put more miles on them than was strictly appropriate. I was really excited to try out this newest version, as I had loved the previous so much.

The Wave Enigma 5 is a highly cushioned, neutral trainer, designed for high mileage and daily training. On first glance, these were already ranking higher than the last ones, purely on looks alone.

Putting them on, I had two simultaneous thoughts: first, these are really cushy, probably even more so than the previous pair.

Second, they feel a little snug. The first thought made me happy, as I run a lot of miles and am a fan of high cushion, while the second made me a bit nervous, as I’m prone to blisters across the ball of my foot.

Little did I know those two things together would present me with a whole new problem.

I found the sole of the Wave Enigma 5 to be very well cushioned. It provided a smooth ride and plenty of cushioning without sacrificing ground feel, at least if they fit properly.

I found that there was in fact, more, and slightly softer, cushion than in the Wave Enigma 4, although it was certainly more firm than my most recent high-cushioned shoe, the Saucony Triumph ISO.

The wave construction of the sole is intended to help disperse the impact and stresses of the footstrike away from the foot, and as I’ll explain when I talk about the fit, I have a hard time confirming if this is true.

I have been unable to find exact specifications for the heel-to-toe offset for this shoe, but it’s quite high. If I were to guess, I would say it’s close to the same as the previous model, which was 12mm.

The Wave Enigma 5 ran small, at least half a size. Looking back at my review for the 4, I thought it ran slightly small, but this was much smaller.

But I’ve had shoes that ran small before that ended up being perfectly fine, so I reserved judgement until I actually got some miles in.

My first run in them was a short, 4 mile lunchtime run. About half a mile in, my right foot from the middle of my arch to my toes, was completely numb.

By ¾ of a mile, my left foot, same area, was numb as well. By the end of the 4 miles, nothing had changed. Both feet still had no feeling.

It felt like running on pavement with heavy, clunky trail shoes in the middle of winter with frozen feet. But this was the end of May, and a warm sunny day.

Well, ok, it was a lunchtime run, I had been wearing heels at work, I wasn’t wearing my favorite socks, maybe this was just a fluke.

I tried them again the next morning, this time straight out of bed with good socks. It happened again, first the right foot then the left. Ok.

I changed the lacing to give more room through the toes/ball of my foot (see photos), and…it helped. But it wasn’t a cure. Now I could go 3 or 4 miles before the numbness set in.

I will say that the construction of the upper is smooth and comfortable. Despite the constriction, I didn’t have any problems with blisters or hotspots as I can be prone to.

I make it a policy to run at least 50 miles in a pair of shoes before reviewing them. I regularly put in 70+ mile weeks, so this has never been an issue. But I struggled getting 50 miles in these.

I think the Wave Enigma 5 could work well for a lot of people. Unfortunately, I am not one of them. I suspect that the shoe designers kept the upper very similar to the previous version, but pumped up the cushion in the sole.

An unfortunate side effect of this was that the thicker sole took up some of the room in the interior of the shoe. I can’t say for sure that this is exactly what happened, but it perfectly describes the difference in how both shoes feel.

So, if you get this shoe ½ to a full size up, you don’t have wide feet/need a wide toebox, or have high-ish arches, it might actually be a great shoe for you.

I did like the higher offset, I did appreciate the degree of cushion, if not the execution.

We thank the nice people at Mizuno for sending us a pair of Wave Enigma 5 to test. This did not influence the outcome of the review, written after running more than 50 miles in them.