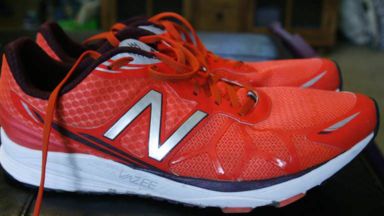 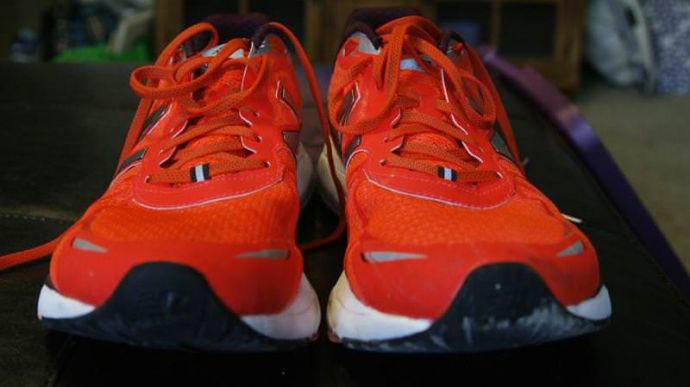 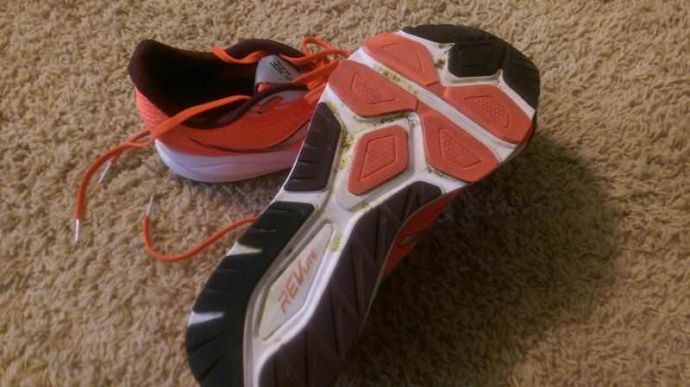 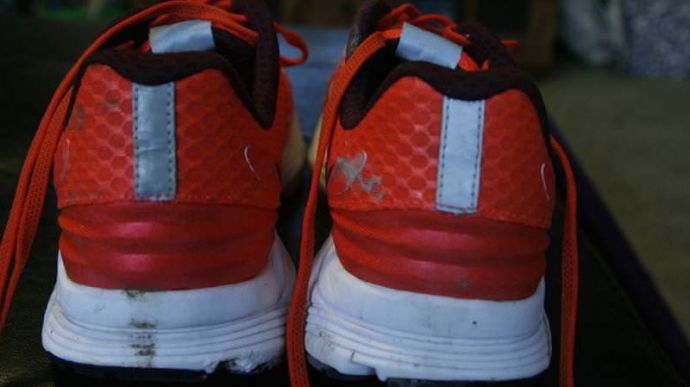 The New Balance Vazee Pace is a lightweight trainer that pushes you along on your run. There is enough cushioning to get the job done, but no more.
WHERE TO BUY
LOWEST PRICE
$110
SHOE INFO
New Balance
Brand
Vazee Pace
Model
Lightweight
Type
7.50 oz. (213 gr.)
Weight
110 US$
MSRP
890V4
Previous model
WHO IS IT FOR
This shoe is meant for runners who are looking to move to the next level. Should work well for half marathon racers, and could be a good option for experienced marathon racers.
Help me choose

New Balance is updating their entire line, and the new Vazee Pace will be taking the place of the old 890 model. The shoe features some great updates for experienced runners, including a secure, supportive midfoot, with a wide and roomy toe box.

The Vazee Pace is a lightweight trainer that can easily transition into a racer. This shoe is meant to replace the old 890 model.

Sitting on the latest version of the 890 sole, but with the new Zante upper, this shoe is a mixture of new technologies and some of the old guard.

When unboxing these shoes, I was struck by how bright and vibrant the shoe was — and when I wore it out as a daily shoe, I had four different people remark on how much they liked how they looked.

Upon first putting them on, they felt very comfortable on my feet. They were tight where I wanted them to be, and loose where they should be.

The sole uses New Balance’s Rev Lite foam technology. This foam is not nearly as soft as their Fresh Foam, but that is on purpose for this shoe.

The foam has a firm, fast feel to it — very similar to high end racing flats — while still having enough cushioning to be comfortable on longer runs.

The shoe has a good amount of cushioning under the heel. It is not the softest you’ll find, but there is more than enough. However, it transitions into a firm forefoot, which is great for quick strides and turnover.

On runs of up to 15 miles, the cushioning held up well, and my feet felt no more tired or sore than they had with max cushioning models such as the Brooks Glycerin.

The other thing New Balance added to this shoe is an aggressive curve to the toe to help you roll into your next stride.

This upturn to the toe resulted in a slightly higher average cadence for me during my runs (165 SPM as opposed to 160 SPM). The last thing to mention on the sole is that they have a heel-toe-drop of 6mm (17mm heel to an 11mm toe box).

For some, this smaller drop will be quite an adjustment, especially if you are used to running in a Pegasus or Ghost/Glycerin model with the traditional 10-15mm drop.

If you are used to the smaller drop, then these shoes will need only a slight adjustment to get used to the roll produced by the sole.

As mentioned before, the Vazee is an amalgam of two models, the 890 for the lower and the Zante for the upper.

In reality, New Balance has updated the Zante upper to include a tighter, more secure midfoot while also expanding the toe box to make the shoe feel supportive where needed, and open where wanted.

The upper is seamless and extremely breathable. The construction is of superior quality, and after almost 60 miles — including a couple long runs through driving rain, which resulted in very wet feet — it has held it’s original integrity.

I appreciated how snug the upper was on the midfoot, seeming to lock my forefoot in place. But, the best feature of the upper was the expanded toe box, where my feet felt free to endure the impact of each stride.

From the midfoot through the toe box, these shoes were maybe the most comfortable I have tried. The heel, on the other hand, felt completely different.

On my first three runs I thought the tight midfoot would help secure my heel in place, but in fact my heel slipped to the point of placing extra strain on my calf and on one run it rubbed my heel raw.

After these different runs, with different lacing styles, I finally found a lacing style that locked my heel into the heel cup — namely looping the last lace hole. After that point, the upper felt good on every run, no matter distance or speed.

Overall, the Vazee is a very good shoe, and one that I would recommend to experienced or competitive runners. They have held up perfectly through almost 60 miles, and look to be able to withstand many more.

They feel fast, and get you through your stride quickly so as to move on to the next one. Breathable, and seamless, the upper fits the way you would want it to, and I think any experienced runner would be happy with this offering.

However, it is important to feel out a couple of runs with these shoes to see if the same problem arises with you as it did with me.

The heel cup problem made me feel a little concerned at first that I wouldn’t be able to use these shoes, but once it was fixed the shoe more than did its job.

The last thing I would like to consider is the price point. At $110, this shoe will in direct competition with running staples such as the Nike Pegasus, Brooks Ghosts, Adidas Tempos, ASICS Cumulus and Saucony Ride.

That’s not to mention the direct competition of their other line of shoes, the Fresh Foam. This shoe has a place on the market, but unless loyal 890 runners enjoy the update and complete redesign, it might have a hard time finding a toe-hold.

With all of these things being considered, this is a shoe that is worth giving a shot. Although not the best shoes I have ever put on my feet, they are certainly near the top of the list.

We thank the nice people at New Balance for sending us a pair of Vazee Pace to test. This did not influence the outcome of the review, written after running more than 50 miles in them.