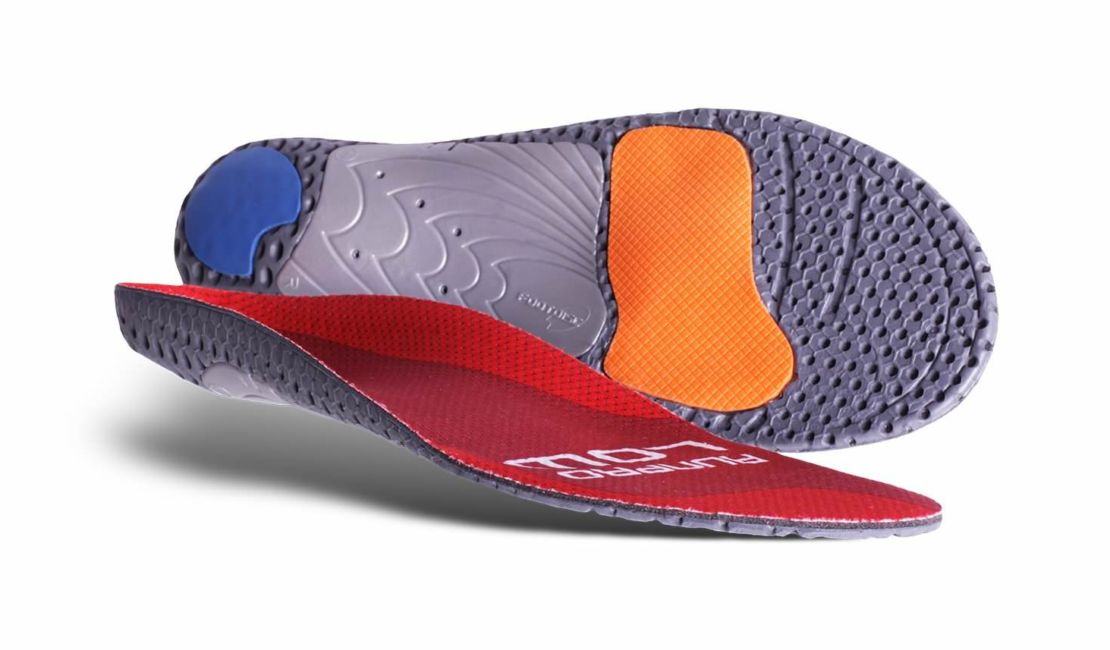 As runners we naturally spend a lot of time obsessing over our shoes, but what we hardly ever give a thought about the insoles inside.

Yes I am talking about the wafer thin pieces of foam that lie at the bottom of our shoes.

For myself I have always had a perception of off the shelf insoles being these rigid plastic inserts for people that have sciatica or stand on concrete all day. So when I was approached to review the RUNPRO CurrexSOLE I was pretty skeptical.

However, after a couple of months of wear and over 200+ miles logged I think that I have had a serious paradigm shift.

The brand gets its name from Currex the Latin king of running.

The Company is based out of Hamburg Germany and was founded in 1999 by Björn Gustafsson a sports scientist that specializes in motion analysis. Björn was junior world champion in the Olympic distance triathlon before a serious injury took him to the path that he travels now.

A recent blind study performed at the German Sport University of Cologne in January of this year tested the CurrexSole against five other brands in the same market. The tests measured wear comfort and pressures in the feet. The end results of the tests revealed that not only was there perceived improved comfort by runners, but there was also a reduction in peak plantar pressure.

The insole producing not only the above results but the highest wear comfort without foot-sole stress was the Currex insole.

What is the RUNPRO Insole?

The CurrexSOLE RUNPRO is a well-designed, and engineered product that is definitely runner specific. The sole’s platform is assembled using three layers:

Flipping the sole over the underside reveals the three main technical components that help make the insole dynamic and supportive. In the arch of the insole sits what appears to be a rigid plastic bridge. This is the 3D DAT, or Dynamic Arch Technology. This nylon bridge is definitely not the hard plastic motion restricting block that I was expecting it to be. What I experienced was a reduction in excessive movements and the ability for natural pronation to still occur through the gait cycle. The bridge also acts like a spring storing energy as I came into the gait cycle then propelling me through toeoff. Natural support and propulsion all in one brilliant!

Positioned at the ends of the insole, the heel and metatarsal, are the Poron cushioning components. The heel features a medium rebound Poron pad. The pad is designed to provide performance cushioning without a significant loss in energy return. I did notice a reduction in shock particularly when bounding downhill on trail runs and along hard concrete paths. A bright orange Propo+ pad has been engineered into the forefoot. Propo+ has more propulsion properties than cushioning which teamed with the DAT bridge give extra bounce and propulsion to my stride.

To determine which profile is best for your particular feet, CurrexSole has developed a two-step process that looks at both foot type and leg axis (I have included a picture tutorial below to help with the process there is also a video on their website).

In referencing the picture I provided it appears that the High profile tends to work best for neutral runners, medium is the choice for slight overpronators, and the Low profile is optimal for runners with moderate to severe overpronation. After working through the process I found myself to be a B2 and received the high model to wear test.

In the months that I have been using the soles I have not only noticed a reduction in fatigue, particularly in my calf muscles, but also shortened recovery time after my long runs. I suffer from a Morton’s neuroma that has not gone away but is not nearly as symptomatic while I run with these insoles.

The soles fit well in every shoe that I tested them in, and even brought a little life to those that I thought retired. The sole has a Zero drop so they were never invasive, admittedly I did need a bit of time to adjust to them as they differ from a normal shoe insole. The only real issue that I had was that I didn’t seem to be as nimble or aggressive on the trails as I like to be.

However, after speaking with a CurrexSole representative she suggested that I try the RUNFREE model as it might be a better fit.

So are these insoles for everybody? Maybe not, but I can say that in speaking from a guy that thought very little of insoles the RUNPRO have erased my prejudices. I would tell runners CurrexSole are definitely worth a try I have certainly spent money on far worse running accouterments.

We thank the people at CurrexSole for sending us a test pair of insoles for our test. As usual, we don't let this influence the outcome of our reviews.

The Reebok Nano X1 is a lightweight, premium training shoe designed for all ... (Read expert review)

The Nike React Metcon Turbo is my new go-to shoe in the gym. The training shoe ... (Read expert review)