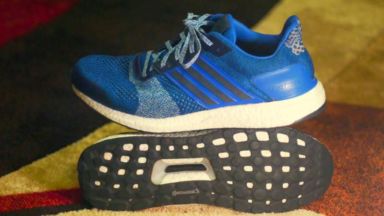 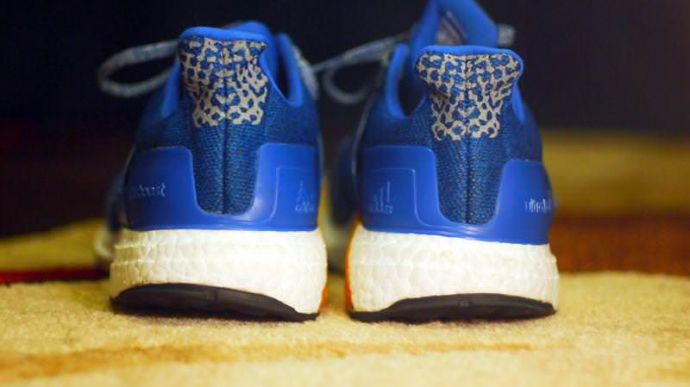 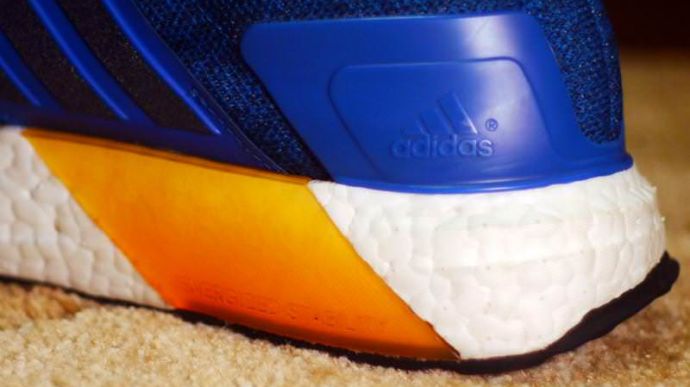 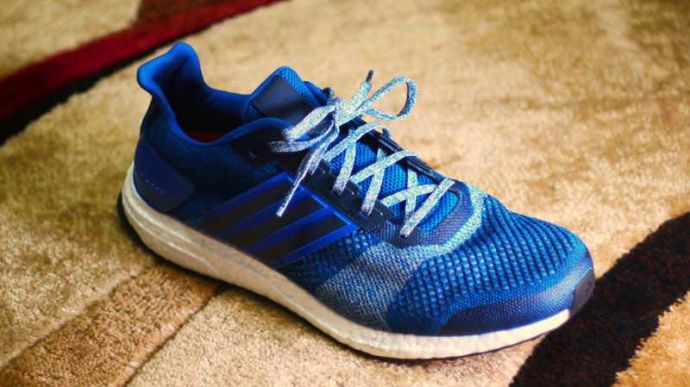 The Adidas Ultra Boost ST is a daily stability trainer with a very springy midsole and a comfortable cloth upper. It’s heavier than most trainers, but offers a comfortable and stable ride.
WHERE TO BUY
LOWEST PRICE
$123
SHOE INFO
Adidas
Brand
Ultra Boost ST
Model
Stability
Type
12.20 oz. (346 gr.)
Weight
180.00 US$
MSRP
8 mm
Heel Drop
Dec / 2015
Release Date
WHO IS IT FOR
This shoe is for runners looking for a daily trainer with moderate support for road running in a stylish package.
Help me choose

What’s up with that floppy heel tab, why does the upper look like a sweater, is the whole shoe sitting on a block of Styrofoam? Those were all thoughts zipping through my head when I unboxed the Adidas Ultra Boost STs.

Of course, the “Styrofoam” look is not Styrofoam at all, and is actually TPU cells that feel like a rubberized marshmallow. I was super eager to give these shoes a test run, and I was pleasantly surprised with the results.

I actually noticed the foam feeling springy. It’s rare that a company comes out with a new foam that feels marginally different than EVA foam.

For those of you familiar with Adidas Boost foam, this is old news, but to me, it was a refreshing moment when a term became less of a marketing buzzword and more of a real technology.

Just a note that the overall ride and fit of the shoe wasn’t drastically different than the competition out there. It won’t be changing the market, but it might be a great opportunity for runners to try something a tad different.

It’s basically the stability version of the Ultra boost, which means it’s heavier (about 14% heavier), it has greater support, and it has thicker fore-foot and rear-foot stack heights (about 3 mm more).

I did not have the Adidas Ultra Boost shoes nearby to compare them side by side, but I did have Saucony Hurricane Iso 2s nearby (also a stability shoe) and can say the Ultra Boost ST shoes felt similar, maybe with more support in the arch.

This is what makes Adidas shoes stand out right now. Adidas has Boost foam, and no one else does. Why does no one else have this tech?

It’s not because of heavily policed patents (although I’m sure Adidas would try to stop copy-cats), it’s because Adidas basically owns the entire world’s supply of this type of foam.

So what deliverables does this foam have? It’s responsive, much more responsive than most of the competition I’ve tested. You’re not going to get a sunken-in recliner feeling after a few hundred miles in these shoes.

The Adidas engineers claim it feels the same at 500 km as it does at 5km. I’m 200 miles into these shoes and they still feel as springy as they did on the first run.

To put this in perspective, Nike has Lunarlon foam, which is wonderfully comfortable, but started to show fatigue in the forefoot after 200 miles.

Also, the Boost foam gives a consistent running experience in a very wide temperature range. Some foams get stiffer on cold runs as they start to freeze up, but Adidas Boost foam stays springy when the temps get below freezing.

I’ll be honest, I’ve never been bothered by the minor added stiffness in standard foam in cold weather, so I can’t make this property of the Boost foam that important.

I can’t let the midsole take up the body of the sole review, so I’ll move on to the insole and outsole. The insole is standard, and the only really unique feature to it is the deeper heel cup.

Beneath the insole is a clever cutout of fabric to match the same pattern of the outsole. These cutouts are mostly cosmetic, rather than functional, and show off the Boost foam.

Continental (same people who make bike and car tires) made this outsole, and I can say it’ll last an efficient runner at least 300 miles before wearing through to the foam.

There’s one catch to this durable rubber, it’s horribly squeaky on tile. This is only something you’d run into if you wore the shoes as a casual everyday shoe, or happened to take a shortcut through a mall on your next run.

The last big item in the sole is the “Torsion System” which is an embedded bridge of plastic under the midfoot. It reduces twisting motions of the shoe, which keeps the forefoot and rearfoot from bothering each other.

Many stability shoes have a similar plastic unit under the midfoot to stabilize rotational movement, like the New Balance 880V5s

So I said that the upper looked like a sweater. That was my first impression. After putting in 200 miles into these shoes, I’d compare it to more of a sailing rope.

The fabric is surprisingly durable and high tech. Adidas calls this fabric “Primeknit”. It’s similar in style to Nike’s Flyknit, but more durable.

I’m curious how long this Primeknit upper will last, I haven’t seen any signs of wear on it yet. One problem with all this cloth in the upper is that it holds onto your feet funk a little longer than shoes with a more open toebox.

One other issue I usually have with cloth uppers is a floppy feeling toebox. Adidas fixed this problem by molding in some stiff material around the toebox to better hold the shape.

The upper also features a plastic Adidas logo overlay to snugly hold your feet. It sort of feels like a seat belt for your feet. I was hoping it had more give, but it’s easily loosened with looser laces.

Speaking of plastic on the upper, there’s a dual-wing plastic external heel counter to provide a more stable heel. It’s no where near as rigid as the Saucony Hurricane Iso 2s, or the Icebug Acceleritas4 which I find to be a good thing.

Finishing up the upper is the tongue, which is held on both sides by a stretchy ribbon of fabric running into the shoe.

This seems to lock in the tongue’s orientation, and provides some extra padding for the sides of your feet. The tongue itself is moderately plush and has a convenient little pull loop at the top.

A $180 price tag will discourage many runners from trying these shoes, but I think these shoes hold up to their high cost.

The Boost foam, Primeknit upper, and Continental outsole are all designed for durability, so it’s possible for these shoes to outlast cheaper stability shoes and save you a bit of cash.

Throwing money aside, these shoes were great to run in and I really recommend anyone looking for stability shoes to check them out.

We thank the nice people at Adidas for sending us a pair of Ultra Boost ST to test. This did not influence the outcome of the review, written after running more than 50 miles in them.

Visit ShopRoadRunnerSports
This page contains affiliate links. As an Amazon Associate I earn from qualifying purchases.
WHERE TO BUY
LOWEST PRICE
$123