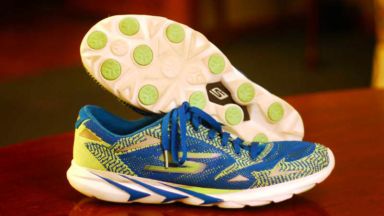 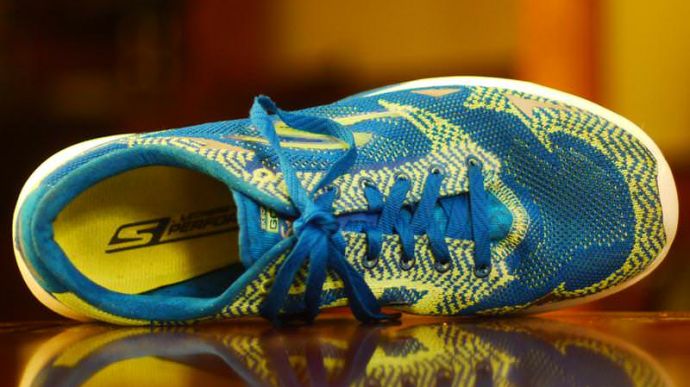 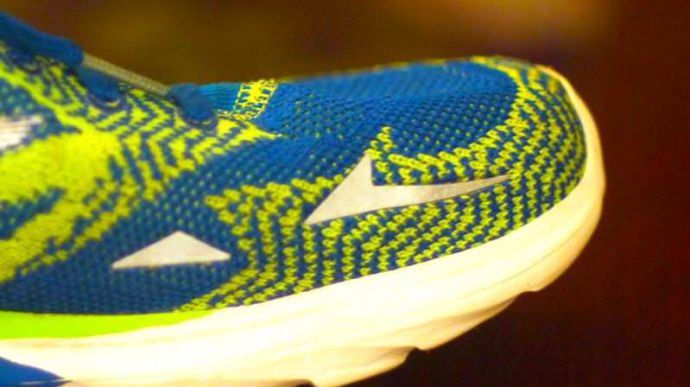 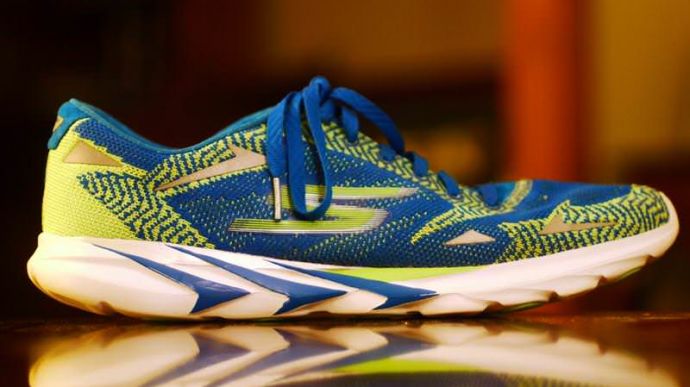 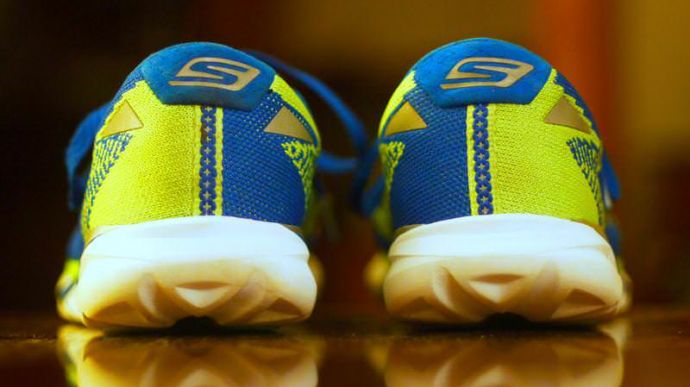 The Skechers GOmeb Speed 3 - 2016 shoes are great upper distance racing shoes that can also be used for light daily training or speedwork. The sole is nearly identical to the standard GoMeb Speed 3, while the upper was completely redesigned to incorporate Sketcher’s GOknit material.
WHERE TO BUY
LOWEST PRICE
$125
SHOE INFO
Skechers
Brand
GOmeb Speed 3 - 2016
Model
Racing
Type
6.80 oz. (193 gr.)
Weight
125 US$
MSRP
4 mm
Heel Drop
Mar / 2016
Release Date
GoRun Speed 3
Previous model
WHO IS IT FOR
The Skechers GOmeb Speed 3 - 2016 is a racing shoe designed for the neutral runner with a wider forefoot looking for a shoe that will give a bit more support than the standard racing flat.
Help me choose

It turns out Skechers redid the upper and kept the same model name (unlike Nike who made a few subtle upper changes to their LunarTempos and called it a new model).

Skechers basically gave what I would consider an upgrade to the GoMeb Speed 3s by adding a knitted upper, and they’re calling this upgraded model the “GoMeb Speed 3 2016”.

Since the sole is unchanged, the ride of this 2016 version is identical to the predecessor. It’s slightly springy and has a 4mm drop, much like the Saucony Kinvaras.

The knitted upper gives this version of the shoe a tad more durability and some extra style. But are these upgrades with the higher price?

I put more than the standard 50 test miles into these shoes to find out (150 miles when writing this review).

This shoe is one of Sketcher’s flagship models. “But what’s a flagship running shoe when it’s from Skechers?”-asked by some readers and my friends.

It’s actually a competitive shoe, and it was worn by 2014 Boston Marathon winner, Meb Keflezighi. That doesn’t mean the shoe will make you win races, but it does mean Skechers has elite-level running shoes.

Meb actually helped design the shoe, which adds to the racing genetic makeup of this shoe. The shoe has a 4mm drop, weighs 7.2 oz in Men’s size 9, has a near seamless upper, and uses a minimal amount of rubber on the outsole.

Combining all these makes for a pretty sleek high mileage racer. That’s why I picked the previous model of the shoe (2015 version) to join me in my first real attempt to run a marathon and why I think this very similar version will still be great for marathoners.

The outsole has such a small amount of rubber that you’d suspect there was a rubber shortage if you didn’t know this was a racing shoe.

Twelve quarter-sized pods of rubber hang out in the foam to give just enough traction for high mileage racing. It’s not the full foam approach that Nike has in their Free line of shoes, but it’s definitely on the minimal side of using rubber.

The foam surrounding these pods of rubber is Skechers’ Resalyte Foam. This foam is frequently used in the performance line of Skechers shoes for the durability and cushioning it provides.

Although it’s more durable than some foams, the Resaylte foam does wear down. Even the most efficient runners will see mild wear after 50 miles.

In addition to the rubber pods and Resaylte foam, there is a large gap in the outsole. This gap exposes a Delrin (type of plastic) midfoot stability plate.

As I mentioned in my previous review of this model, the Delrin plate is just there to keep the shoe from flexing too much. Why Delrin? It’s a synthetic polymer known for stiffness, strength, and impact resistance.

And Skechers kept this outsole identical to the previous version, keeping the gimmicky faux-carbon fiber overlay on the delrin plate.

It’s not a set of lugs that promote a midfoot strike (like you see on Newton running shoes), but rather a combination of a gentle curve of the outsole to encourage a midfoot strike, and a sole material to absorb the energy of landing on the midfoot.

Heel strikers should probably avoid this shoe. There are no special “crash pads” or foam inserts near the heel to help absorb heel impacts.

One quick word about the insole: it’s glued in. This makes the shoe an ideal candidate for sockless runners since the insole won’t slip around underneath your sweaty feet.

I’m not a sockless runner myself, but I still did a run in these guys without socks and I can say it won’t disappoint.

The insole feels solid, the heel cup is soft on bare skin, and the transition of the upper to the sole feels pretty smooth on my feet.

What used to be something my grandmother told me to do if I was bored is now what Skechers calls their upper. GOknit. Hah, ok, my joke isn’t that clever.

Neither is Sketcher’s marketing though, they seem to be followers in this trend of adding knitted uppers to shoes. Nike has Flyknit, Adidas has Primeknit, and now Skechers has GOknit.

Being a follower doesn’t make your product inferior though! This GOknit is more emulation than imitation; it’s genuinely nice and not gimmicky.

The GOknit upper is mostly single piece of fabric that varies in color and texture without different patches of fabric sewn in. This is achieved through a complicated knitting process that varies thread spacing and density.

The end result is a flashy and durable upper that I think adds value when compared to the previous version. There are just a few small reflective overlays on the upper, and faint Skechers logos on both sides of the midfoot.

About only material choice in the upper that stayed from the previous model is the thin tongue.

Skechers re-enforced their lacing system with a thin plastic overlay and fabric “underlay” around the eyelets and trim which provide structure and support to the lacing system.

One personal gripe I have with the lacing system is they didn’t include the stretchy laces like they did in their previous model.

They did include a second pair of laces, but just in a different color. I liked the stretchy laces and wished they included them as an option in this version.

The Skechers GOmeb Speed 3 2016 is a race-ready shoe that brings a new upper to an established model. Although perfect for marathoners, it would do well in races as short as 5ks and could work as a low-mileage daily trainer.

I would recommend this shoe to people shopping in those categories, but I would remind them that a cheaper and very similar model exists. Whether it’s worth the extra price for the GOknit upper or not is up to you!

We thank the nice people at Skechers for sending us a pair of GOmeb Speed 3 to test. This did not influence the outcome of the review, written after running more than 50 miles in them.