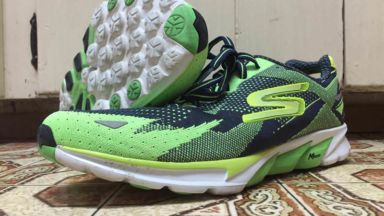 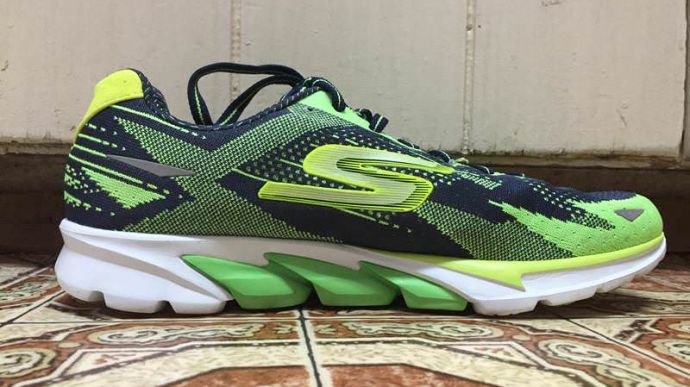 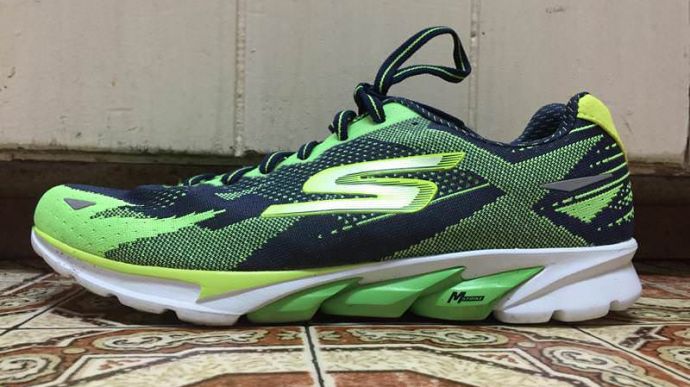 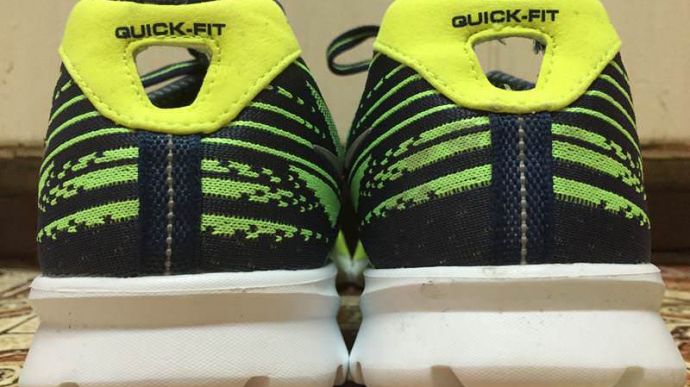 The GoRun4 - 2016 similar to its predecessor is an ultra comfortable lightweight shoe that provides a firm but smooth ride. It is ideal for training and racing distances of a half marathon and below.
WHERE TO BUY
LOWEST PRICE
$105
SHOE INFO
Skechers
Brand
GOrun 4 - 2016
Model
Lightweight
Type
7.70 oz. (218 gr.)
Weight
105 US$
MSRP
4 mm
Heel Drop
Mar / 2016
Release Date
WHO IS IT FOR
This shoe is for minimalist style runners looking for a lightweight trainer or racer.
Help me choose

Last year I had the opportunity to test the GoRun 4 and was pretty impressed that a brand like Skechers was producing such a comfortable running shoe.

I just didn’t associate the brand with high performance running shoes at the time and the GoRun 4 definitely changed my perspective. Skechers has taken the GoRun 4 and improved it with the GoRun 4-2016 model.

The shoe has gained a little bit of weight in the process and also added a “GO knit” upper with the goal of providing a soft sock like feel with desirable breathability and fit characteristics.

According to the tech sheet that was sent with the shoes I received for testing, the weight is listed as 7.7 oz although I have also seen it listed as 7.1oz on some retail websites.

In any case as mentioned above it has gained a little bit of weight which is luckily not very noticeable. When I put this shoe on for the first time it feels great. It is super lightweight and the upper is really comfortable.

The shoe still features a 4mm heel to toe drop and includes Skechers M-strike technology in the midsole which is designed to encourage a midfoot strike.

The midsole of the shoe is composed of foam that Skechers calls Resalyte. In this shoe it feels firm and responsive. I expected a firmer ride from this shoe given what I experienced in the previous model and thats exactly what I found.

It may be a tad bit softer than last year but it is very hard for me to tell if they’ve softened the foam at all, and even if they have it wasn’t enough to make any noticeable difference.

The shoe has really great ground feel and responsiveness which I would say is because of its thin, firm midsole material.

Though your entire foot strike to toe off you can feel your foot behaving and adapting to the surface you’re running on in a more natural way than it would in a more cushioned shoe.

Another feature of the midsole is the M-strike technology. This is an area in the middle of the midsole/outsole that is composed of slightly firmer EVA foam.

The M in M-strike stands for midfoot. This firmer area of foam basically provides your midfoot with a landing pad. It encourages a midfoot strike by creating a somewhat rockered feel to the shoe.

Just as in the original GoRun 4, the effects of the M-strike technology are not drastic. It is a subtle addition to the overall smoothness of this shoes ride. The shoe also remains very flexible.

The one negative thing I’ve found in this shoes sole unit is the outsole. It is mostly composed of the same foam compound as the midsole. This leaves exposed midsole material to make direct contact with the ground.

There are specific high wear areas where rubber has been added to the outsole but they are pretty scarce in relation to the entire surface of the outsole and the rubber seems to be wearing pretty quickly.

In purchasing this shoe you may be trading off some durability for less weight.

The upper of the GoRun4-2016 is again one of, and very well may be the most comfortable upper of any shoe I have tested in the last year. It has every quality desirable in an upper.

It is now composed of a knit material that has just the right amount of stretch and support for your foot. It is also highly breathable and flexible. Putting this shoe on is like putting your favorite pair of soft running socks on.

The upper hugs the midfoot and opens up in the toe area leaving plenty of rooms for your toes. The tongue material is thin and wraps around the top of your foot comfortably.

The laces included with this shoe have a stretchable elastic quality to them making the shoe even more comfortable by allowing some stretch when pressure is applied to the lace area.

There are no areas of rubbing or pressure. It is just simply great. I will again compare this upper to that of the Nike Free because they are just so similar.

There were issues with the original GoRun 4’s upper with regards to durability. The material in that upper were great for comfort but not so much when it came to durability.

This is something I eventually experienced in that shoe after writing my review. Both shoes developed holes on top of the lateral side of the upper near my pinky toe.

In comparing the old material to the new knit material I think the new GoRun4 is going to be more durable based on the thickness and woven/knit nature of the fabric used.

I have noticed a small amount of pulling of some threads near some of the lace eyelets. Nothing major or out of the ordinary so far. Hopefully this new upper material will fix the durability issues from last years model.

I cannot overstate how comfortable this shoes upper is which makes it pretty enjoyable to run in. With that comfort, realize that if you’re used to having a lot of ankle support from your upper you won’t find it here.

I would prefer a softer ride but compared to other shoes in its class I think this shoe is right on par in terms of finding a balance between ground feel and cushion. In my opinion this is a good shoe for racing and shorter runs.

This is due to the thinner midsole and firm ride that is tolerable at shorter distances but becomes a little uncomfortable after too long.

Just as I suggested for the previous model I don’t think anyone using this as a racing shoe for distances of a half marathon and below would be disappointed.

It costs at least $15.00 less than the Nike Free flyknit and is over 1 oz lighter than the Brooks Pure Flow 5 making the GoRun4-2016 a shoe that you absolutely should consider when purchasing a shoe of its type.

We thank the nice people at Skechers for sending us a pair of GOrun 4 to test. This did not influence the outcome of the review, written after running more than 50 miles in them.