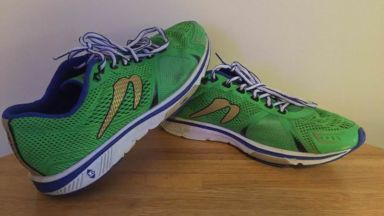 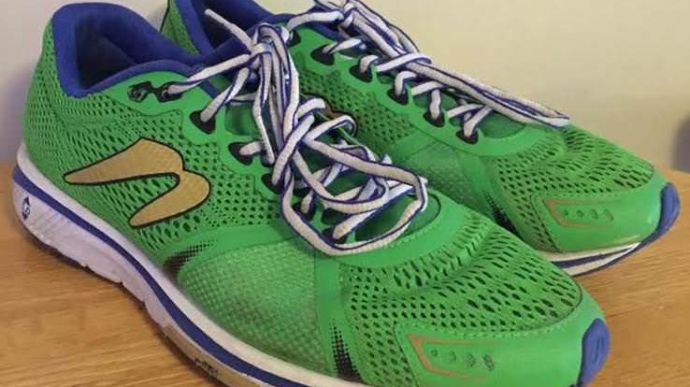 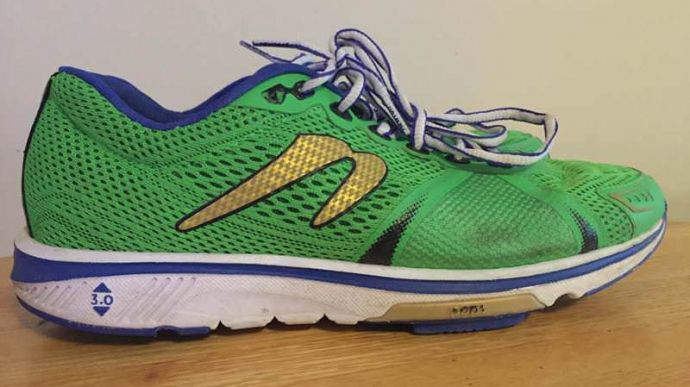 The Newton Gravity V is a lightweight trainer that provides a smooth ride. Like many of it's previous models, the Gravity V's are comfortable and catchy, but will leave a dent in your wallet.
WHERE TO BUY
LOWEST PRICE
$175
SHOE INFO
Newton
Brand
Gravity V
Model
Lightweight
Type
8.10 oz. (230 gr.)
Weight
175 US$
MSRP
3 mm
Heel Drop
Feb / 2016
Release Date
WHO IS IT FOR
The Newton Gravity V's are meant for any person putting in consistent miles and is used to a mid-foot striking pattern.
Help me choose

We have updated review to correct the previously noted issue with the lugs wearing after only a few runs. The review was with a prototype version and since then we have tested a Production version production version there were NO issues with early wear on Lugs so review has been updated to reflect this.”

The Newton Gravity V’s are among Newton’s most successful models, providing a comfortable, natural feel, combined with a lightweight, and stable ride.

Everything about the Gravity V is sleek, from it’s eye-catching neon green material and smooth blue trim, to the soft but sturdy inner-feel of the shoe.

The mesh of the shoe was breathable, but also never caused any issues when running through muddy trails or wet roads.

The Newton Gravity V is the latest shoe in Newton’s Gravity line. The Gravity’s have been by far the most popular shoe in their line, and like most of Newton’s shoes, the Gravity V’s sit near the top of the price range, but are usually well worth the investment.

Upon first sight, I wasn’t surprised to see the flashy neon green when I opened the box. Newton is pretty well-known for producing high quality shoes with eye-catching designs.

They felt light and stiff, but provided flexibility to form to the foot. Newton did a fantastic job of making the whole shoe seem to wrap around your foot, as opposed to cramming your foot into a pre-made mold.

I believe one of the most outstanding features of the Newton Gravity V’s is it’s comfortable and stable cushioning. In the past, I typically ran in more minimalist shoes because of the “natural” feel.

I was nervous at first, going into a bulkier shoe, but it still allowed me to feel the ground while providing just enough support. The cushioning gave me a smooth, controlled ride that still felt like I was in a lighter shoe.

The traction was no issue, seeing as all of my runs were done through the snow. I even forgot my gym shoes one day when I was playing racquetball, and the Gravity V’s had a better grip on the hardwood floor than I would’ve expected.

The “lugs” that Newton is famous for felt a bit more pronounced than in other models, but I quickly grew accustomed to them after a few short runs.

Despite the fact that the Gravity V’s had more bulk to their bottom sole unit, I felt as if I were still running in a more minimalist shoe, which I truly loved about them, although I would recommend a pair of Newton’s with smaller lugs for those of you just transitioning into Newton’s, such as the Fate II’s, Aha’s, or Motion’s.

The Newton Gravity V offers a very comfortable fit that feels custom to the foot. The material is soft but does a good job of keeping your foot warm if it’s colder out. They also kept my feet dry during those slushy runs.

I’m usually a sockless runner, but considering I only had winter runs in these shoes, I never got to test it out. The material was all soft, though, so I don’t foresee any issues for you sockless individuals.

The tongue in the previous Gravity IV was rough on the edges, but I was glad to see Newton had changed back to their material that wasn’t nearly as stiff.

Overall, Newton always does a great job of making sure the shoe feels more like a custom fit than a mold, and the Gravity V is just further proof of that.

Their understanding of what a runner needs seems to far exceed many other companies, and it’s apparent in their production of top of the line shoes. The Gravity V’s are just a testimony to Newton’s success as a company, and again I have found a shoe that I could buy over and over again, and never get sick of.

These Gravity V’s are my 7th pair of Newton’s (3rd or 4th that I have tested) and my love for Newton shoes only grows with each pair, because Newton seems to find a way to tweak their product with each model to better fit and serve their athletes.

Whether you’re a weekend jogger, or a seasoned marathoner, the sharp look of the Gravity V’s, and the stable and comfortable ride that they offer are certainly worth of the hefty price-tag…

We thank the nice people at Newton for sending us a pair of Gravity V to test. This did not influence the outcome of the review, written after running more than 50 miles in them.

Sorry - Product not found. Please try RunningWarehouse.Com to check in their assortment.
This page contains affiliate links. As an Amazon Associate I earn from qualifying purchases.
WHERE TO BUY
LOWEST PRICE
$175