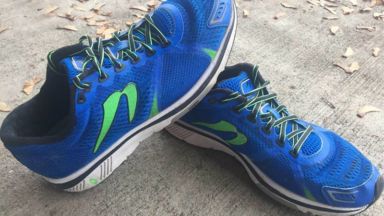 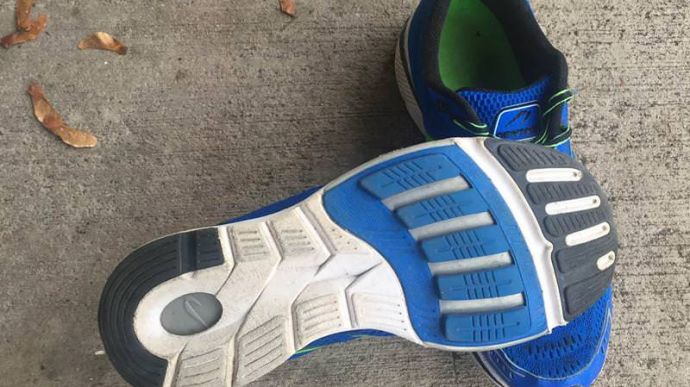 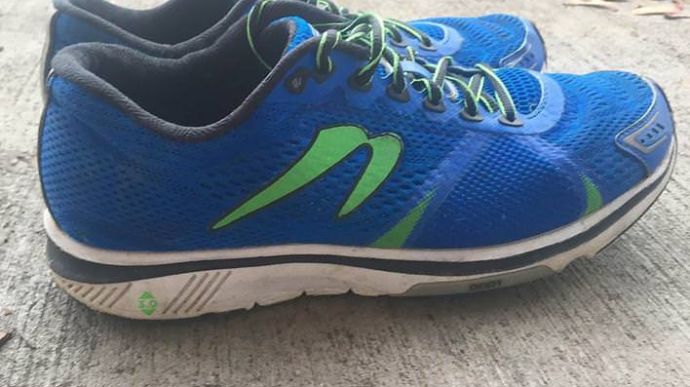 The Newton Gravity VI is the most recent model in Newton's line of durable and lightweight trainers. While it takes some getting used to, the Gravity VI will undoubtedly meet your everyday trainer needs.
WHERE TO BUY
LOWEST PRICE
$175
SHOE INFO
Newton
Brand
Gravity 6
Model
Lightweight
Type
8.10 oz. (230 gr.)
Weight
175 US$
MSRP
3 mm
Heel Drop
Mar / 2017
Release Date
Gravity V
Previous model
WHO IS IT FOR
The Newton Gravity VI is recommended for intermediate to advanced runners looking for a durable trainer who are already familiar with the unique feel of Newton shoes.
Help me choose

The Gravity VI is a durable and reliable shoe that won’t give in to the wear and tear that many other shoes are susceptible to.

Compared to other popular models in the Newton range, such as the Fate II’s, Kismet II’s, and Motion II’s, the Gravity VI is a bit bulkier, but in return offers more support while still plenty light enough to get in some speed work.

The only real issue I came across was that the lugs that Newton is famous for felt more pronounced on the Gravity VI’s than in previous models.

If you’re someone who is used to this feeling, then don’t worry, but if not I would recommend starting with something less pronounced.

The Newton Gravity VI is the most recent model in the Gravity trainer line. The Gravity is one of Newton’s most popular models and continues to be a success year after year.

As a top of the line trainer, the Gravity VI will put a dent in your wallet, but you’ll absolutely get your money’s worth in terms of mileage.

When I first unboxed these shoes, I was surprised that Newton deviated from their typical flashy, neon style. Like all previous models, they were surprisingly light for the size as well.

The inside was comfortable and breathable, and when laced up, are a true-to-size fit. The one thing I noticed is that the tongue seemed shorter than previous models, and when laced up to the top, are barely visible.

Other than that, though, the Gravity VI’s felt stable and light.

The inner sole of the Gravity VI does little to deviate from previous models in terms of feel or design. Newton’s are popular among triathletes, so the inside of their shoes are often conducive to those who run sockless, and that is very much the case with the Gravity VI.

The cushioning is also a positive feature of this new model. You can still feel the ground beneath you, but the sole has enough protection to keep you riding smoothly.

However, when it comes to the traction and feel of the bottom of the shoe, I wasn’t as impressed as I had been with previous models.

A few snowy runs proved that I would need some spiked to continue running throughout the winter, however, the large lugs prevented me from actually using any YakTraks, or similar spikes.

While running on the roads, I also noticed that the lugs which Newton is famous for, seem more pronounced than in previous Gravity models. During a few long runs they began to cause some discomfort.

The upper portion of the Gravity VI, much like the inner sole, provides a comfortable feeling. While running through some deep snow, I noticed that my feet stayed very dry due to an inner lining.

I was able to wear a thin pair of socks without feeling cold as well. With a true-to-size fit, there is no need to worry about if you need to go a size up or down.

The only difference I noticed in the Gravity VI compared to previous models is that the tongue seemed a bit shorter. When I laced up the shoes to the top, there was very little material left showing.

Overall, I truly enjoyed the Gravity IV’s, but not as much as previous models. I got a lot of good runs out of them, and still felt comfortable, other than the few runs where the lugs began to bother me.

I’ve said this a few times, but the durability of these shoes is really one of my favorite aspects. I’ve run through countless shoes in my time in competitive running, training, and triathlons, but Newton’s never let me down when it comes to holding together.

I often switch shoes after 500 miles, but I have 5-6 pairs of Newtons sitting in my room that look brand new despite months of mileage on them.

Despite the rare instances where I was uncomfortable, I would recommend these shoes to someone who is used to running in Newtons.

However, if someone is new to this brand, I would suggest starting with a model like the Fates or Motions.

We thank the nice people at Newton for sending us a pair of Gravity 6 to test. This did not influence the outcome of the review, written after running more than 50 miles in them.