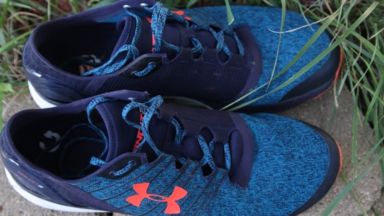 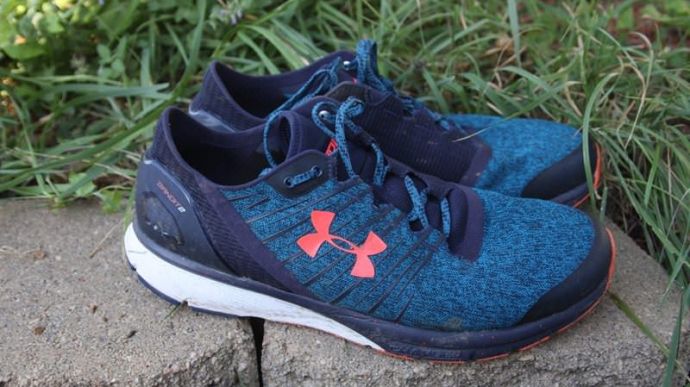 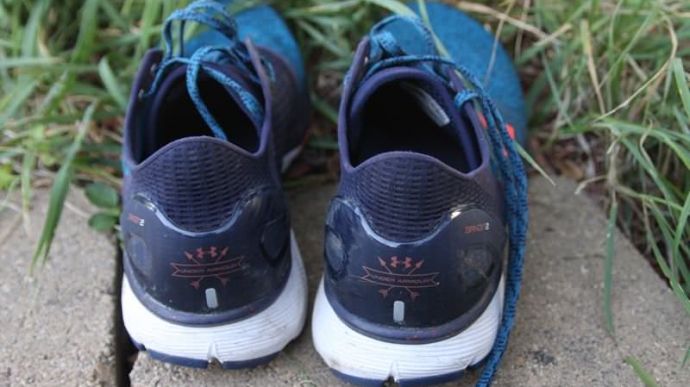 The Under Armour Charged Bandit 2 is a cushioned trainer that is made to log high miles. At a modest price, these shoes check off nearly every box any runner could want.
WHERE TO BUY
LOWEST PRICE
$40
SHOE INFO
Under Armour
Brand
Charged Bandit 2
Model
Cushioning
Type
9.80 oz. (278 gr.)
Weight
99.99 US$
MSRP
10 mm
Heel Drop
Sep / 2016
Release Date
WHO IS IT FOR
This shoe is made for almost any -- except elites/low drop -- runners. Holds up well to heavier runners and marathoners.
Help me choose

The Under Armour Charged Bandit 2 is a cushioned runner that still keeps the weight low enough to feel fast throughout your runs.

It was designed as a neutral trainer that can log as many miles as you are willing to throw at it, and in my testing these shoes preformed at the same level — or higher — than all the traditional brands.

After logging more miles on these than I have logged on any review shoe before writing the review, I can’t help but come away from this offering very impressed.

The Bandit is Under Armour’s second tier of neutral runners — behind the Gemini — but brings some different aspects to the table.

This shoe is in a unique situation, seeing as it is in direct competition with shoes like the Brooks Ghosts or the ASICS Cumulus in the neutral trainer category.

However, at $99, the Bandit is about $20 cheaper than the shoes against which it is competing. This cost to quality ratio is outstanding.

Upon unboxing, I was blown away with the heathered upper. The colors are striking and the material is incredibly soft to the touch. The other aspect that amazed me was just how light they felt, despite all the cushioning included.

On the first run, they were perfectly cushioned under the foot to keep me feeling happy. That feeling did not go away — and still hasn’t.

The sole unit is solidly built using a two-piece Charged Cushioning which advertises a firm heel that gets softer as you move towards the forefoot and a standard 10mm drop.

I personally thought the shoe provided the same soft — yet not cloud-like or pillowy — cushioning throughout the foot.

It was soft enough to keep your feet happy on the long runs — 22 miles of good feelings — and yet firm enough that I felt good on tempo runs or shorter jaunts.

The other great aspect of this shoe was just how flexible it was, with well positioned — and deep — flex grooves throughout the unit.

The unit uses full rubber outsole for good grip on multiple surfaces — however, this material was one of the places the shoe didn’t live up.

The rubber was great on most runs, however, when dealing with wet concrete from rain, they were slick and hard to control.

The upper is one of the most comfortable uppers I have run in while testing shoes. It is seamless, with an internal and external heel cup that locks your heel into the shoe.

The material is very flexible and stretchy — which allows your feet to flex and move as needed — and yet supportive. This upper uses welded seaming to help with that support.

The material itself is a soft weave with an almost shirt-like feeling. However, because of these aspects, there is a major drawback to the upper. The material is very breathable, but also porous to water coming in through it.

Despite two legitimate drawbacks to this shoe, both of them are truly only present in one weather condition — rain.

When it is not raining, these shoes are on the same level — or even better than almost any of the shoes I’ve reviewed this cycle. They held up to speed workouts on the track and to the long distances of marathon training.

I put these shoes through the ringer — amassing 250+ miles — and they are still going strong. The ride is smooth and quick, with a natural turnover that made me trust them on every run. The cushioning held up to 22 miles and felt like it could have gone for many more.

The most amazing part for me was in doing research after finishing my testing. I didn’t want to know what the retail price was until after wearing them — especially after being let down by some more costly offerings this year.

When I looked up the price and saw a retail price under $100 I was floored. The price is what moved this shoe from a planned 4-4.5 star to a 5-star shoe. The cost/quality ratio of this shoe is just amazing.

I am currently planning on continuing in these shoes and have actually decided to wear a pair of these for my marathon in October.

If you are like me, and enjoy a versatile shoe that can mark off most of the boxes on your running checklist, then this shoe should be right up your ally.

We thank the nice people at Under Armour for sending us a pair of Charged Bandit 2 to test. This did not influence the outcome of the review, written after running more than 50 miles in them.

Visit ShopAmazon.com
This page contains affiliate links. As an Amazon Associate I earn from qualifying purchases.
WHERE TO BUY
LOWEST PRICE
$40